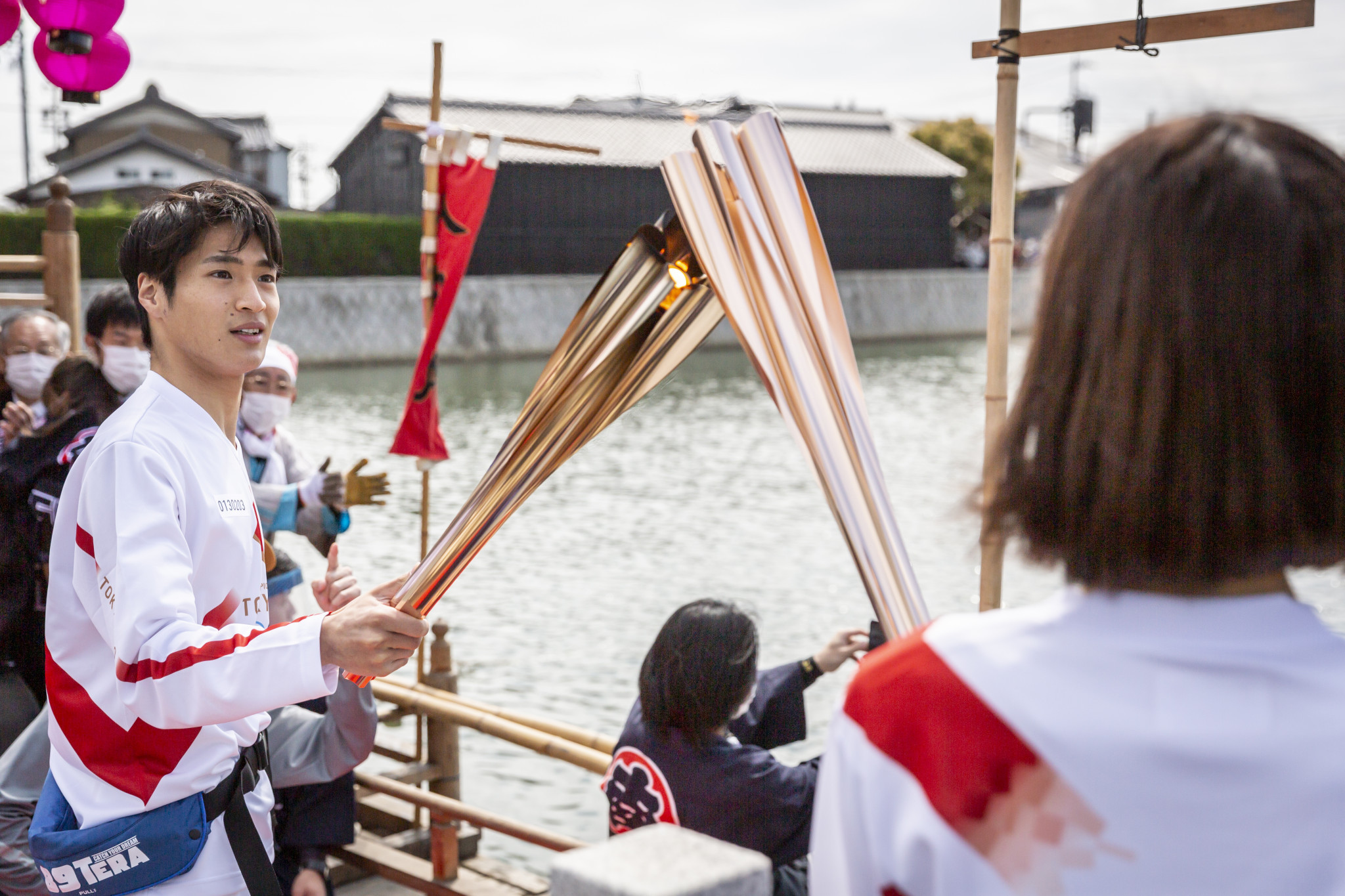 A positive coronavirus case has been linked to the Tokyo 2020 Olympic Torch Relay for the first time as organisers continue to face challenges in holding the event against the backdrop of a pandemic.

According to Japanese media, Tokyo 2020 officials have confirmed an unnamed man in his 30s tested positive for COVID-19 after taking part in the Torch Relay.

His role during the leg is unclear, but it is reported that the infected individual participated in the Torch Relay in the western island of Shikoku.

Organisers said they would work with medical authorities to "take the precautions needed to put on a safe and secure Torch Relay".

Confirmation of the first reported COVID-19 case associated with the Torch Relay comes as calls continue for the event to be banned from further public roads in Japan.

According to Japanese newspaper Asahi, Kyoto's city government has urged organisers to bar the Torch Relay from being held along the prefecture's streets as an anti-virus measure.

Kyoto Mayor Daisaku Kadokawa is reportedly considering having Torchbearers run within the grounds of Nijo Castle - a UNESCO world heritage site - when the event is scheduled to be held on May 26.

The Olympic Flame was carried through a virtually empty Commemorative Park in Osaka earlier this month in the first major change forced on the Torch Relay by the COVID-19 pandemic.

The move came as Osaka reported a record number of coronavirus cases.

Tokyo 2020 organisers say the Flame will also be held in "restricted areas" when it reaches the main Island of Okinawa on May 1, while the event will not take place on public roads in Matsuyama amid concerns over rising COVID-19 infections.

After starting on March 25, around 10,000 runners are expected to carry the Torch through Japan's 47 prefectures over 121 days.

Prime Minister Yoshihide Suga is expected to declare a state of emergency in several areas including Tokyo and Osaka tomorrow in a bid to curb a surge in cases.

The strict measures are set to come into force from April 29 to May 9 during the capital’s extended holiday period, called the "Golden Week".

Yesterday, Tokyo reported 843 cases in 24 hours - the highest daily total since late January when the city was under a state of emergency.