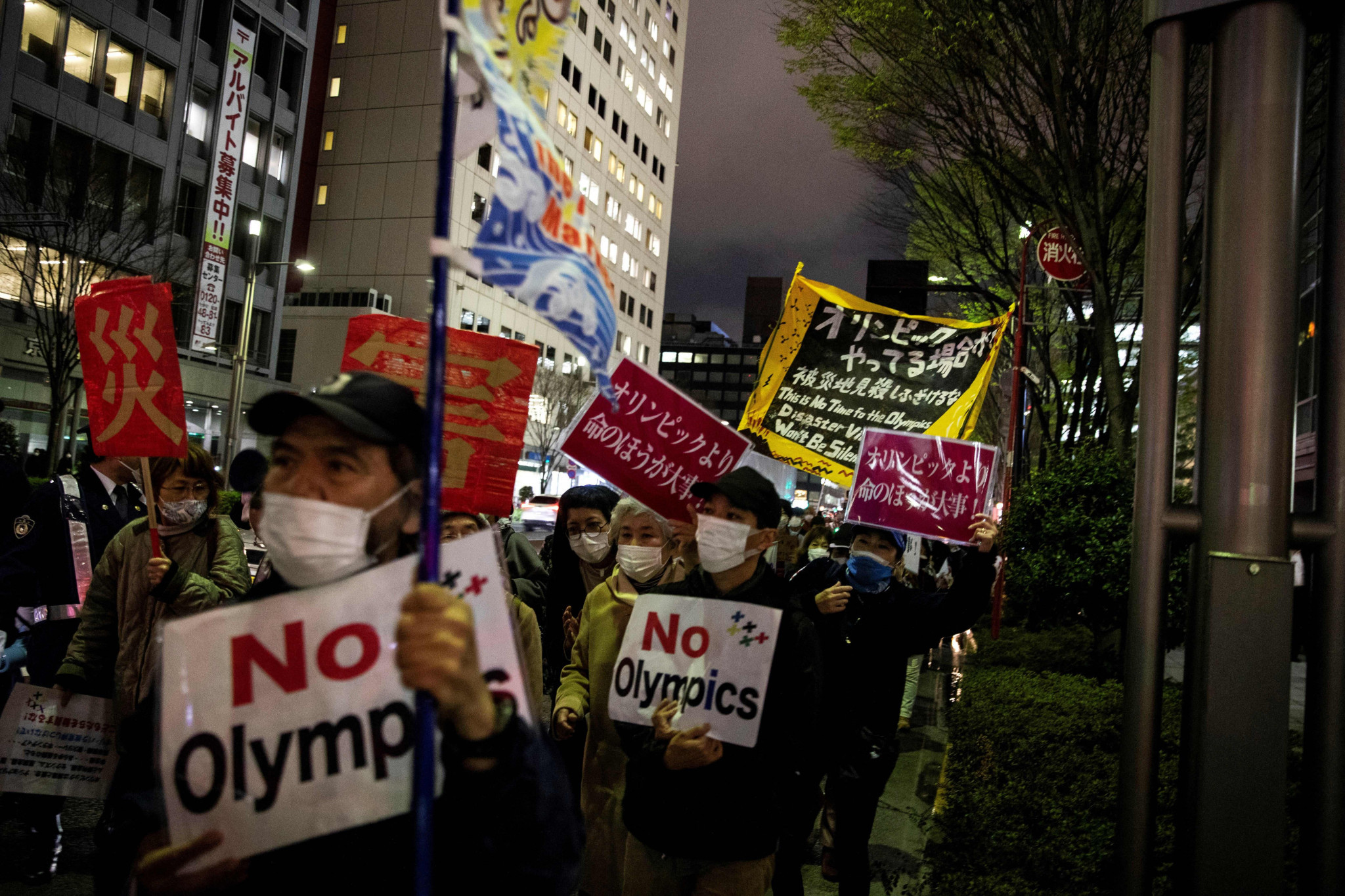 Japanese state television network NHK have reportedly been asked to investigate why protesters against the Tokyo 2020 Olympics were muted in their live streaming of the Torch Relay.

Japanese media reported that the sound on the live stream had been muted during the Torch Relay visit to Nagano on April 1 and said that NHK had muted the sound "out of consideration for Torchbearers and other circumstances."

Protester Masao Ezawa, 71, told the Japan Times that the action taken by NHK was "inappropriate", adding that "everybody has the freedom to express themselves."

The Torch Relay has spent its first day in Ehime, the 14th of 47 prefectures on the itinerary of the 121 day Relay.

The final leg of the day in Matsuyama City was held in the Matsuyama-Jo Park.

Organisers described it as "an alternative lighting ceremony format whereby each Torchbearer will pass the Flame to the next Torchbearer at a ‘Torch Kiss’ point at a celebration venue."

The runners who had been assigned to take part in the Relay stood in a line approximately 10 metres apart as the Flame was passed by each bearer in turn.

Each did so with a carefully choreographed movement in a Relay conducted at walking pace on a sunny evening.

As the day came to an end, Torchbearers made their way onto the stage as the Cauldron was lit by local distance runner Reiko Tosa, who had finished fifth in the Athens 2004 marathon won by Mizuki Noguchi, the first Japanese Torchbearer over a year ago.

It was the second time that the Torch Relay has been taken off the road so far as part of the precautions against COVID-19.

At the start of the day, 1984 weightlifting flyweight bronze medallist Kazushito Manabe carried the Flame in Niihama City in Ehime Prefecture.

"I want to cherish the time I have left for this precious experience that will never happen again," he said.

Earlier in the week, television presenter Wakako Shimazaki had run with the Torch beneath the giant statue of legendary Samurai Ryoma Sakamoto in Kochi where two Torchbearers from 1964 were pressed into service again. Kazuyoshi Nomachi carried the Flame.

Now a renowned photojournalist, he had taken part in 1964 when he was still at school.

Kazuyuki Bando also carried the Flame as a 17-year-old during the Tokyo 1964 Relay. He became a physical education teacher and later a volunteer working with special needs pupils in Komatsushima City for the past decade.

Ruka Harada also provided a different link with those first Tokyo Olympics when he carried the Flame just as his grandfather had done so 57 years ago.

Paralympic archer Tomohiro Ueyama took the Flame in Kami City. He is set to compete in his second Paralympic Games this summer.

Tokyo 2020 organisers say that the Flame will also be held in "restricted areas" when the Flame reaches the main Island of Okinawa on May 1.

Japan's Kyodo News agency has also reported that International Olympic Committee President Thomas Bach will attend the Flame in Hiroshima on May 17.