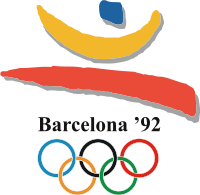 These Olympics took place against the backdrop of an apparent new world order. The Soviet bloc had splintered, the Cold War was over, the Berlin Wall had fallen, Germany was united and apartheid was crumbling in South Africa.

For the first time in 20 years, there was no political boycott of the Games and Barcelona rose magnificently to the task of providing a stage on which dreams could be created.

For Spain they were also an important landmark, coming as they did 500 years since Columbus's discovery of the New World and forming part of the new internationalism that marked the country's development since the death of General Franco in 1975.

For Juan Antonio Samaranch, the Barcelona-born president of the International Olympic Committee, they were the fulfilment of a long-time dream.

"They were the perfect Games in terms of organisation and development and introduced a whole series of innovations that were later copied by Atlanta and Sydney," he said.

"It was a giant event full of splendour. Thanks to the Games Barcelona became one of the great cities of the world and they signalled a radical change for both the city and Spanish sport in general."

The lighting of the Olympic flame, with an archer firing a burning arrow into the cauldron, was an innovative start to 16 days of action that never ceased to stimulate the imagination.

The sight of a united German team marching in the opening ceremony and former Soviet athletes, competing as the "Unified Team", watching the flags of their own individual republics raised when they stood on the victory podium gave a warmer feel to the Olympics.

The balmy Catalan weather and the spirited enthusiasm of a Spanish public able to celebrate an unaccustomed medal haul - 13 golds, compared with just one four years earlier - also did wonders for the emotional temperature.

To add a dash of fantasy, the Americans sent a "Dream Team" of basketball professionals for the first time. Michael Jordan, Magic Johnson, Charles Barkley and colleagues, so clearly outclassing all their opponents, entertained as much as they performed, wise-cracking off court and demonstrating their superlative skills on it. They scored more than 100 points in each of their group games and beat Yugoslavia 95-69 in the final.

Carl Lewis, as much a showman as any of the Dream Team members, took his Olympic tally to an amazing eight gold medals by winning his third straight long jump title and anchoring the United States to victory in the sprint relay in world record time.

A lesser-known compatriot Kevin Young attracted awe as he blasted round the track to win the 400 metres hurdles gold medal, breaking the nine-year-old world record of Ed Moses and bringing the crowd to its feet.

Young's previous best had been 47.72sec but he was so determined to break Moses's record that he had taped the figures 46.89 on his wall in the Olympic village - and beat that mark by clocking a remarkable 46.78.

The most poignant and symbolic moment came unexpectedly in the women's 10,000m. Ethiopia's Derartu Tulu and South African Elana Meyer broke away and ran most of the race on their own before Tulu broke Meyer's resistance a lap from the finish and sprinted to victory.

Tulu, the first black African woman to win an Olympic gold medal, waited for Meyer at the line and the two set off on a lap of honour holding hands, fittingly bringing black and white together in a message of hope for the future of Africa.