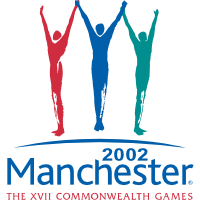 Manchester success paves the way for London to host 2012 Olympics

The Manchester 2002 Commonwealth Games were the largest multi-sport event ever to be held in England. The Games even eclipsed the London 1948 Olympics in terms of numbers of teams and athletes participating.

From the outset of the Games, it was clear that Manchester was aiming to stage the most successful Commonwealth Games ever and most authorities agree that the city succeeded in holding the biggest and best Commonwealth Games to date.

The Opening Ceremony, with the Queen in attendance, took place in the new purpose-built City of Manchester Stadium at Sportcity on the evening of Thursday July 25, 2002.

What followed was ten days of world class sporting competition that saw Australia top the medal table by narrowly beating the hosts.

Throughout the duration of the Games, various events were held across city as Manchester cemented its place as one of the main cities in the United Kingdom.

But  XVII Commonwealth Games in Manchester were of huge significance to the country as they are considered to be the catalyst for London 2012’s winning bid to host the summer Olympics.  International Olympic Committee President Jacques Rogge said the Games had gone a long way to restoring Britain's credibility in terms of hosting big sporting events and it was the success of the Manchester 2002 Games that reassured the UK's sporting authorities and government that England could still successfully stage major successful international sporting events.

Without the success of the 2002 Games, it is highly doubtful that London's successful bid for the 2012 Summer Olympics would not have come about.

In terms of infrastructure, the Games were the catalyst for the widespread redevelopment in areas of the city which had remained derelict since the departure of heavy industry some decades before.

As well as legacy sporting facilities, the Games as bought about improvements to local shops, supermarkets as well as the development of new housing. It is estimated that around £600 million has been invested in the region as a result of the Games and that about 20,000 jobs have been created.