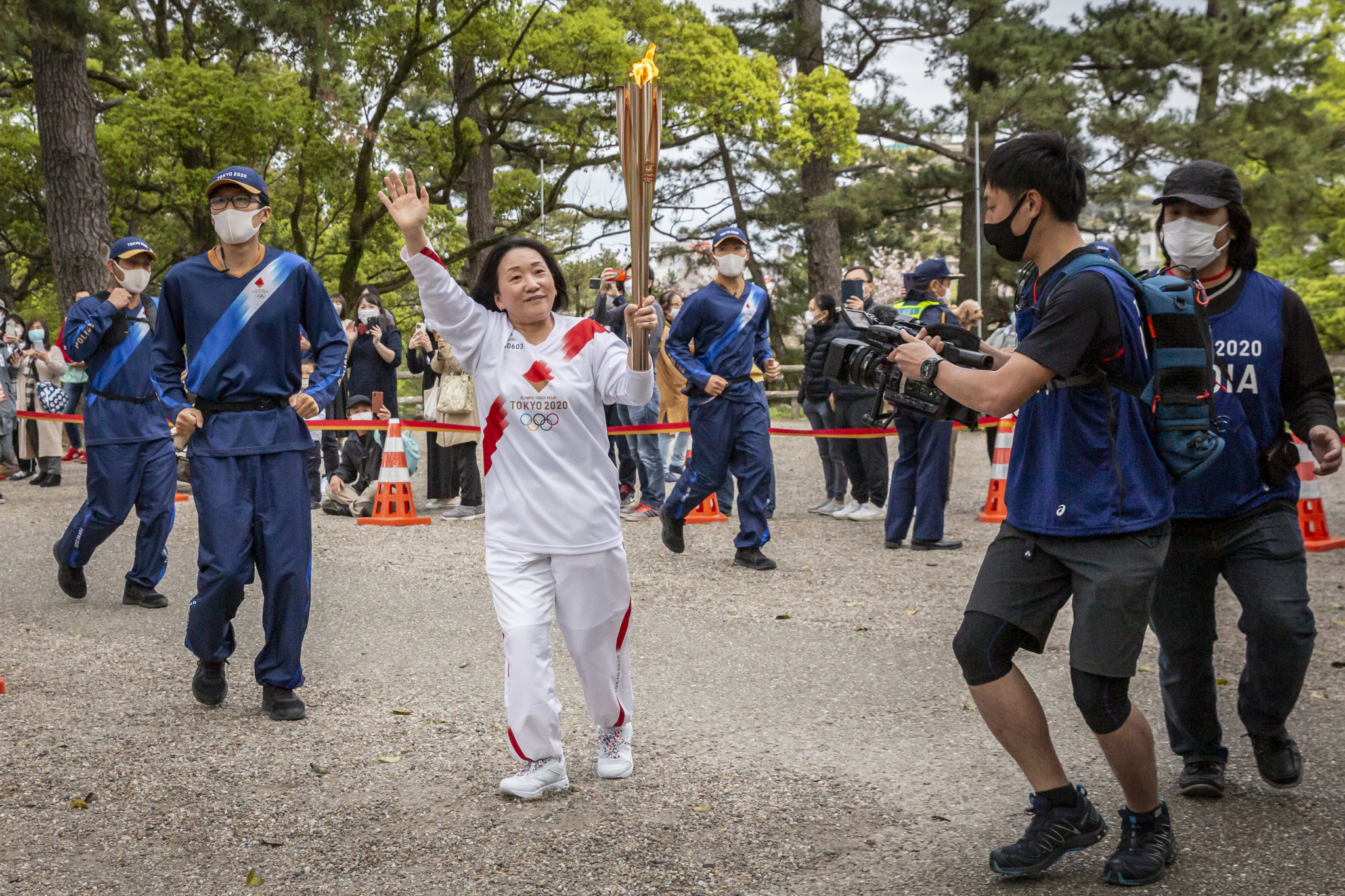 Osaka Governor Hirofumi Yoshimura has confirmed the Olympic Torch Relay will not be allowed to take place along the Japanese prefecture's streets in response to a rise in coronavirus cases.

The Olympic Flame is scheduled to go through the Osaka prefecture on April 13 and 14, but Yoshimura said it would be "inappropriate" to hold it on public roads amid fears over large gatherings that could spread the virus.

"Today, we asked people in the whole of Osaka to refrain from engaging in unnecessary, non-essential outings," said Yoshimura in a report by Reuters.

"So, we are cancelling the Torch Relay that will take place on public streets in the whole of the prefecture."

Last week, Yoshimura had called for the Osaka leg to be cancelled altogether.

But a compromise has reportedly been reached to move the Olympic Flame off public roads as officials consider staging the Relay on a closed route inside a park.

"The Torch Relay tends to attract crowds because people want to see it, even if we take measures," said Yoshimura.

After starting on March 25, around 10,000 runners are expected to carry the Torch through Japan's 47 prefectures over 121 days.

Tokyo 2020 has yet to make an official decision on the Osaka leg as calls grow for the event to be either cancelled or rerouted.

The Japanese Government imposed new restrictions in the prefectures of Osaka, Hyogo and Miyagi on April 5 in a bid to curb rising coronavirus cases.

Under the measures which are set to run until May 5, people are being told to work from home and businesses have been ordered to shorten hours or face fines.

Osaka has now declared a medical state of emergency after registering a record 878 COVID-19 cases in the past 24 hours.

"We’ve seen a rapid spread of infections, including the spread of virus variant infections," said Yoshimura in a report by the Japan Times.

"There's a danger the medical system will collapse."

Yoshimura said there were no plans to temporarily close schools, but students are being asked to wear masks and residents are being urged to avoid unnecessary trips.

According to the Japan Times, 86.1 per cent of hospital beds for seriously ill patients were occupied in Osaka.