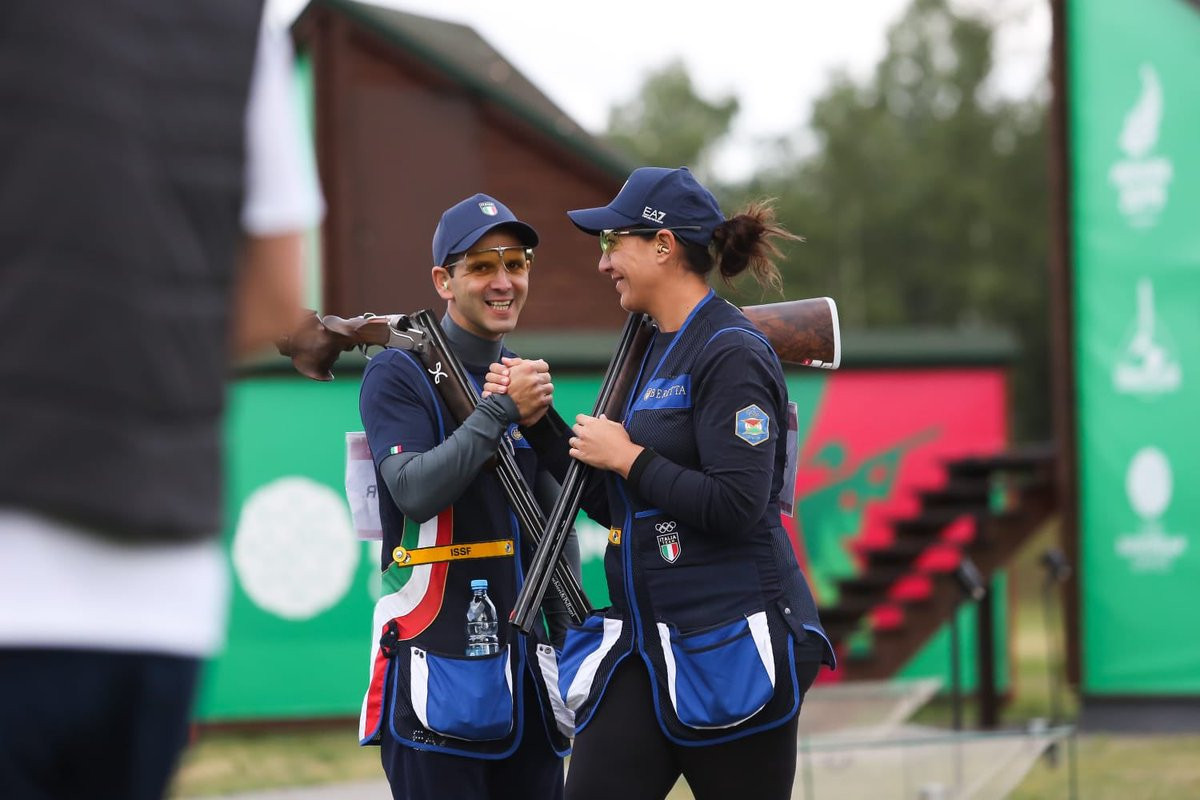 Just behind and joining their compatriots in the final were Rio 2016 women's skeet gold medallist Diana Bacosi and Riccardo Filippelli, the pair finishing on 144 points.

It was a close affair in the final, with both teams finishing on 33.

Cainero and Rossetti edged the shootout, however, triumphing 11-10.

"We are a very strong team," Cainero said of the all-Italian final.

"We are used to training together.

"We are friends and then we are competitors when we go to the range.

"It is good training for us."

There was another shootout in the bronze medal clash, Czech duo Jakub Tomecek and Barbora Sumova winning 4-3.

They and their opponents, Britain's Amber Hill and Ben Llewellin, had both scored 32.

Compatriots Christian Reitz and Monika Karsch were second with 192.5, while Ukraine's Pavlo Korostylov and Olena Kostevych finished third after they scored 187.3.

Wrestling continued at the Sports Palace, with Belarusian athletes claiming two of the four golds on offer through Vasilisa Marzaliuk and Iryna Kurachina.

Marzaliuk, the multiple world medallist, earned gold in the women’s under-76kg category, beating Francy Raedelt of Germany 9-0 in the final.

It was effectively a title defence, as Marzaliuk had won under-75kg gold at the Baku 2015 European Games.

Earlier in the evening Kurachina had beaten Bulgaria’s Mimi Hristova in the women's under-57kg category.

Yuliia Tkach of Ukraine won gold in the women's under-62kg class, earning a 4-0 victory by points over Azerbaijan’s Elmira Gambarova.

Selishka had eased past Belarus's Viyaleta Chyryk 6-0, while Demirhan recorded a 6-2 victory against Poland's Anna Lukasiak.

Action continues on the penultimate day of competition tomorrow, with medals available in eight sports.