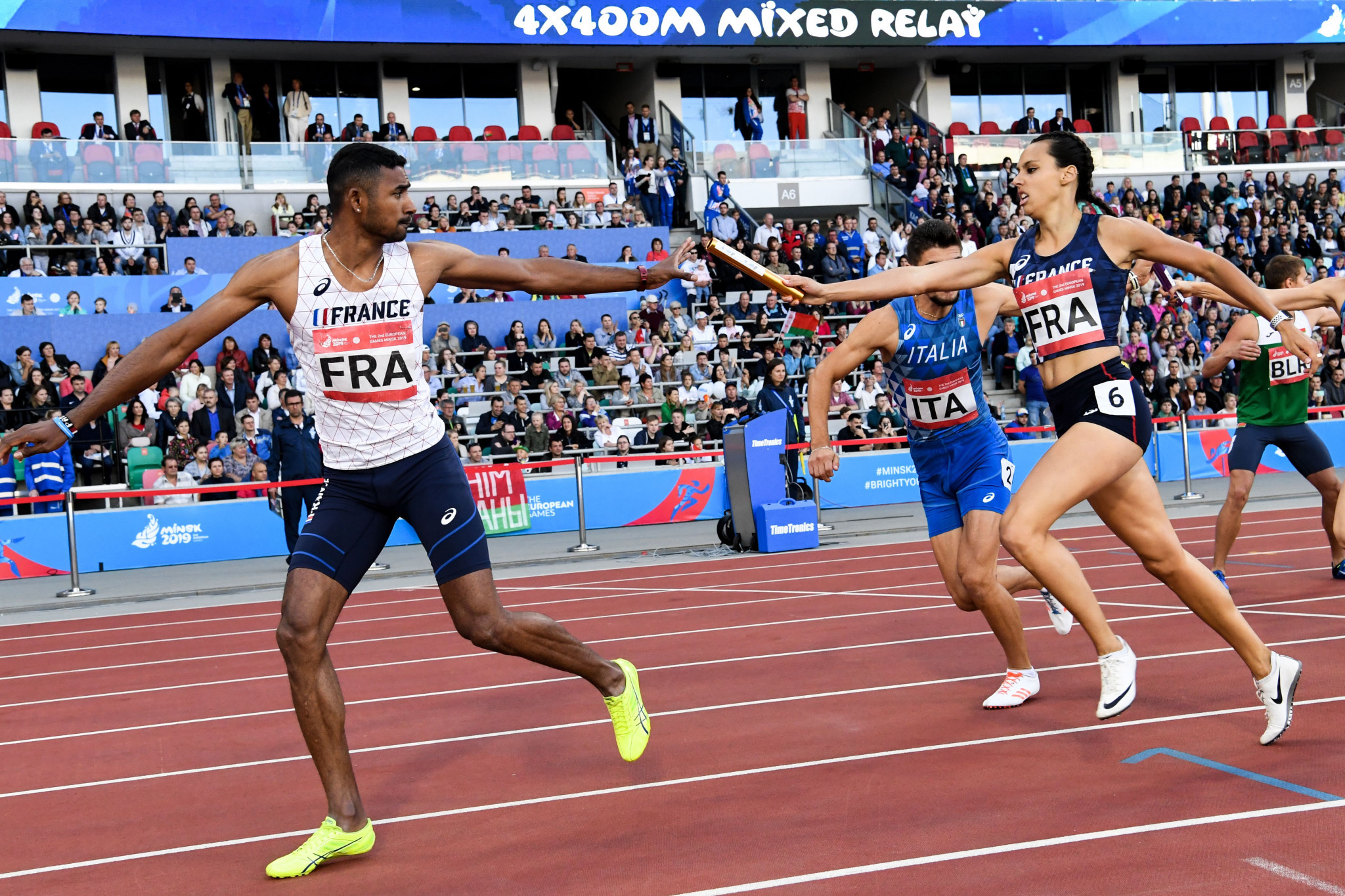 It was not quite the perfect ending the host nation had hoped for in the inaugural Dynamic New Athletics final here as they finished just 0.67 seconds behind Ukraine in the final race for gold - but after a stadium that looked close to its 22,246 capacity had been taken on a journey of rising hope as the hosts won five of the eight preceding events it was, broadly speaking, a great result for athletics at the 2nd European Games.

Whether this new format, designed to offer the organisers of the Games a more acceptable vehicle for athletics after the low-level event that took place at the Baku 2015 Games, will be used again within the European Games remains to be seen.

But if it is to be judged on how it has shaped up here, then two hours of pretty consistent entertainment for a crowd that included Belarus President Alexander Lukashenko certainly ticked the box.

The high point of Belarus optimism was reached in the penultimate event as their 21-year-old rising talent Maksim Nedasekau, the reigning European under-20 high jump champion, outmanoeuvred the immensely-experienced Ukraine athlete Andriy Protsenko, a 2.40 metres jumper to bring his country level with the early leaders heading into the event’s finale.

In a competition based on athletes secretly nominating heights they wish to attempt in a series of head-to-heads, the young Belarus athlete was left needing to make good on his prediction that he would clear 2.25m after Protsenko, who had bid just a centimetre lower, had succeeded.

Nedasekau’s success, hugely acclaimed, meant that Ukraine and Belarus finished on 74 points after eight events, with the Czech Republic and Germany level on 52.

With every three points being worth a second, that meant – according to the staggered start “Gundersen” finale – the two leaders set off at the same time in the concluding mixed medley relay comprising an 800m, 600m, 400m and 200m with more than a seven-seconds lead over the next two challengers.

In the end, Ukraine proved just too strong, stretching their lead over the penultimate leg to around 10m, although the final 200m race ended with them only two or three metres clear as they clocked 4min 27.14sec to claim gold, with Belarus taking silver in 4:27.81 and Germany winning their battle for bronze with the Czech Republic, 4:34.77 to 4:34.96.

Ukraine’s early lead had been created by victories in the opening two events.

In the men’s 100m, Serhiy Smelyk just held off the Czech Republic’s Zdenek Stromsik, with both men being timed at 10.44sec.

In the women’s long jump Ukraine’s Maryna Bekh-Romanchuk made the most of a following wind of 4.4m per second to reach 6.79m, with home jumper Nastassia Mironchyk-Ivanova, unbeaten up to this point in the competition, having to settle for 10 points rather than 121 with 6.59m.

But then the home nation, which had picked its strongest team, came to the fore.

Nedasekaus’s final winning flourish teed the event up for a tense finale.

Reflecting on the occasion, Mironchyk-Ivanova said: "It was a crazy energy in the stadium today.

“I was bursting with happiness that we can fill a big stadium like this one with sport spectators in our country.

Ukraine's javelin thrower Hanna Hatsko-Fedusova, who finished third, described what it had been like watching the finale of the mixed medley relay.

"We cheered, we yelled for our athletes," she said.

"The fight was even, the points were the same so it was a just victory.

"Ukraine proved that it had the strongest team.

"The atmosphere was great – everybody was cheering.

"We were in a state of light stress while we were watching this relay.

"We could have fainted from being so worried."