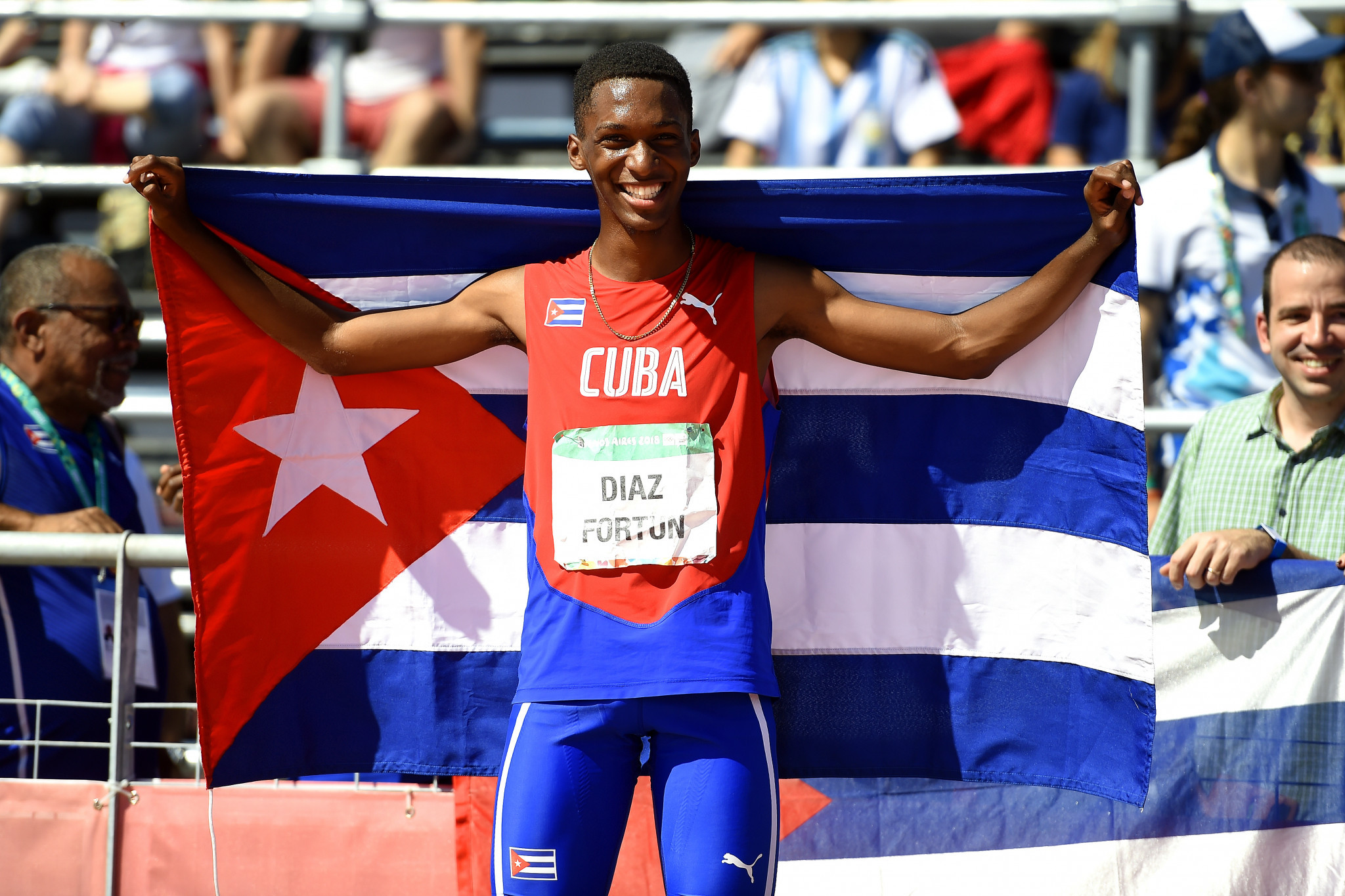 Both athletes had claimed top honours in the event at the Under-20 World Championships in Finland earlier this year and were able to prove their potential again in Argentina’s capital city today.

Cuba’s Fortun, who also has a world under-18 title to his name from 2017, achieved a comfortable victory in the men’s event.

He had leapt out to 17.14 metres in the first stage of the competition earlier this week, giving him a comfortable lead on the field.

The 17-year-old recorded an opening jump of 17.04m, which proved his furthest effort of today’s competition.

It gave him a combined distance on 34.18m, resulting in a dominant win in the event.

Bulgaria’s Nacheva was crowned as the winner of the women’s event, with the world under-20 champion producing a combined distance of 27.62m across the two stages.

Spain’s Marie Vicente had matched her in stage one, but was unable to overcome her rival today, as she ended on 27.43m for the silver medal.

There was double gold for Qatar on the track, as Owaab Barrow wrapped up victory in the men’s 110m hurdles.

He achieved a combined time of 26.50 seconds for the two stages of competition.

Barrow’s team-mate Abdelaziz Mohamed had earlier won the in a combined 41.78.

Jamaica's Antonio Watson ended as the silver medallist having produced a combined 42.41, while Lucas Conceicao Vilar of Brazil clocked 42.67 for bronze.

Iceland’s Guðbjörg Bjarnadóttir prevailed in the women's 200m event, adding to her under-18 European 100m title.

The Icelandic sprinter finished the two stages of the competition in a combined time of 47.02 to top the podium.

Italy's Dalia Kaddari and Brazil's Leticia Nonato Lima completed the podium in 47.69 and 47.87.

The women’s gold was earned by Cabezas Caracas, with the Colombian followed by Algeria’s Loubna Benhadja and Spain’s Carla Garcia.

She beat German rival Zola Lewandowski in the final, as Slovakia’s Emanuela Luknardova claimed the bronze.

Lan Tominc of Slovenia won the men’s kayak obstacle competition, ahead of Guan Chengheng of China and France's Tom Bouchardon.

China’s Lian Junjie and Ruslan Ternovoi of Russia rounded off the podium.