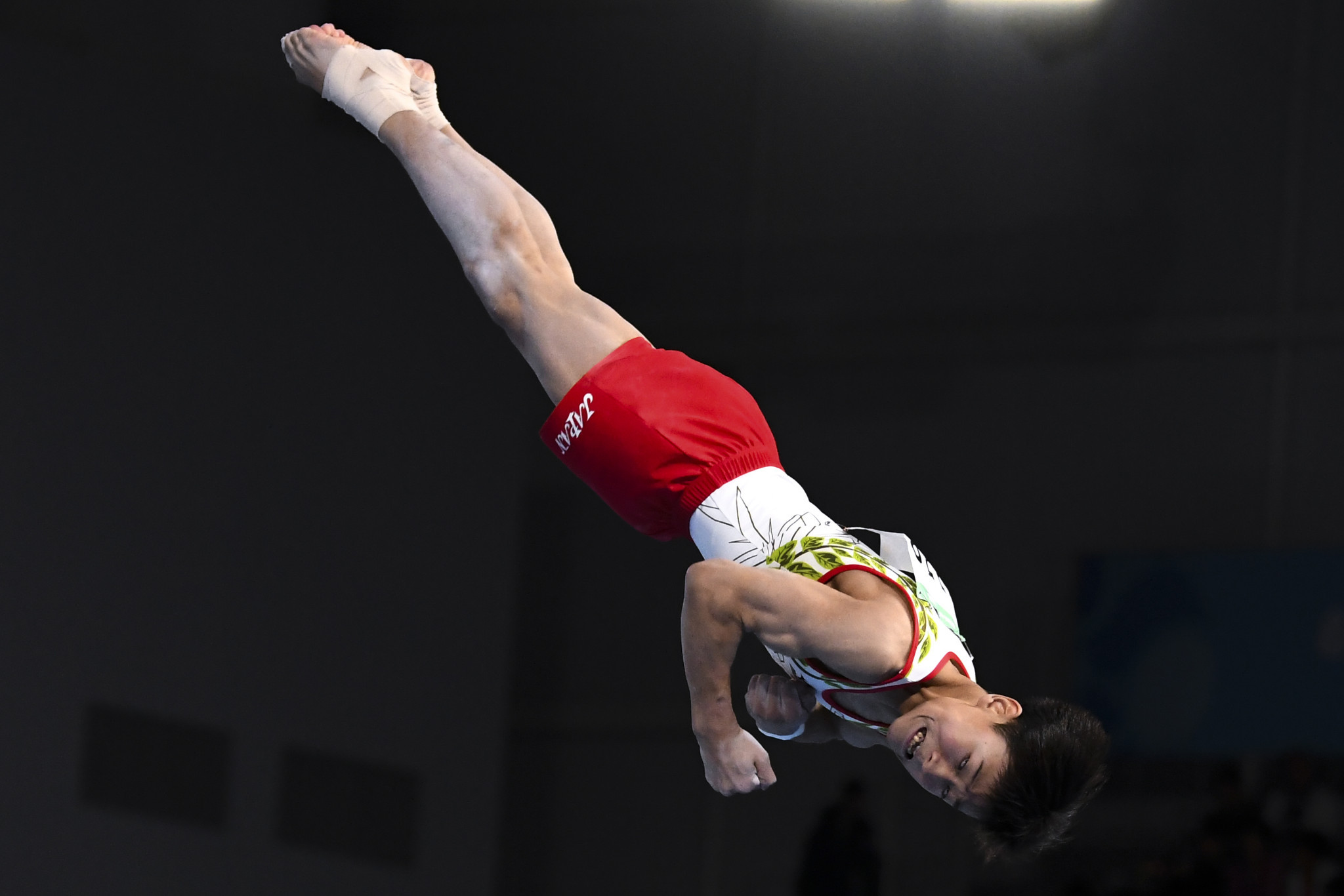 All-around gold medallists Takeru Kitazono of Japan and Italy's Giorgia Villa returned to the top of the podium on the opening night of apparatus finals as Spain were crowned the first Summer Youth Olympic Games beach handball champions here today.

Kitazono, winner of the men's individual all-around title earlier this week, clinched the men's floor crown with a score of 13.633 points at the America Pavilion on the Youth Olympic Park.

The Japanese athlete's total was enough to narrowly beat Hungary’s Krisztian Balazs, who lost out on gold by a slender 0.033 margin.

The bronze medal was claimed by Russia’s Sergei Naidin, whose routine yielded 13.566.

European junior champion Villa followed up her dazzling display in the all-around by winning the Youth Olympic Games vault title with a score of 14.233.

The Italian had impressed on the apparatus yesterday and continued that form today to add another gold medal to her collection, cementing her status as one to warch for the future.

Hungary’s Csenge Bacskay scored 13.933 to take silver, while bronze was earned by Canada’s Emma Spence on 13.483.

Lin Shan was a class above in the women's 10 metres platform competition, while Yin Dehang emerged triumphant in the men’s pommel horse event having scored 13.900.

In beach handball, making its debut on the Youth Olympic Games programme, Spain overcame Portugal 9-6 in a shootout to secure gold.

Argentina had earlier beaten Croatia 2-0 in the bronze medal match.

The host nation later enjoyed success in the women's tournament as Argentina defeated Croatia 2-0 to the delight of the considerable crowd inside the venue.

Hungary overcame The Netherlands by the same scoreline to claim bronze.

Other Argentinian gold medals on day seven of competition came in sailing as Dante Cittadini and Teresa Romairone triumphed in the Nacra 17 event.

The home favourites finished sixth in today's final race to end the event ahead of Titouan Petard and Kenza Coutard of France and Laila van der Meer and Bjarne Bouwer of The Netherlands, silver and bronze medallists respectively.

Uzbekistan made history by sealing their first canoeing gold medal at any Olympic event.

On the final day of weightlifting at Buenos Aires 2018, Thailand's Supatchanin Khamhaeng dominated the women's over 63kg kilograms competition, lifting a total of 236kg to beat nearest challenger Dilara Narin of Turkey by 18kg.

Dolera Davronova of Uzbekistan was the recipient of the bronze medal.

Iran's Alireza Yousefi claimed the last weightlifting title of these Games by a 1kg margin as his huge clean and jerk lift proved crucial.

Hristo Hristov of Bulgaria ended on 379kg in silver medal position, while bronze went to Enzo Kuworge of The Netherlands.

Egypt's Salma Abdelmaksoud clocked 12min 24.86sec in the laser-run to finish on a total of 1,067 points, 19 ahead of nearest challenger Emma Riff of France, and secure gold in the women's modern pentathlon event.