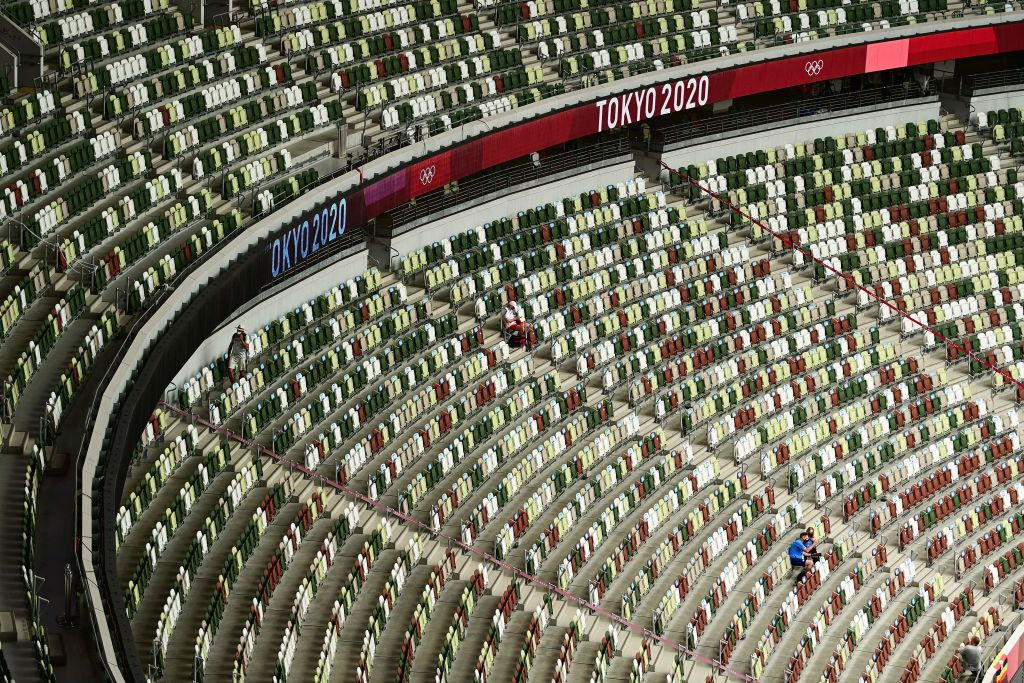 Tokyo has reported a record number of COVID-19 cases for the third straight day as Japan's total swelled to beyond 10,000 for the first time.

The Japanese capital has recorded 3,865 new infections, while the national tally stood at 10,699.

The figures have sparked calls for the Japanese Government to take stricter measures against COVID-19.

A state of emergency is in place in Tokyo throughout the Olympic Games here and until August 22 because of fears over rising COVID-19 case numbers.

The International Olympic Committee (IOC) and Tokyo 2020 have claimed there is no link between the case numbers in Tokyo and the Games.

Tokyo 2020 organisers also confirmed the highest daily number of cases among peopled accredited for the Games in Japan since July 1.

The 27 new cases includes three athletes - one of whom is world pole vault champion Sam Kendricks of the United States - and another resident of the Olympic Village.

It brings the total number in that period to 225.

United States Senator Roger Wicker has criticised the IOC and Tokyo 2020 after Kendricks' positive test for COVID-19, which he described as an "injustice".

More than 20 athletes have tested positive for COVID-19 since arriving in the country for the Games, and some have criticised the conditions of the quarantine hotel where they are isolating.

.@samkendricks has been shut out of competing in the #TokyoOlympics after a positive COVID-19 test Thursday.
It is almost certainly a false positive, as confirmed by a later test.

This is an injustice.

"Sam Kendricks has been shut out of competing in the Tokyo Olympics after a positive COVID-19 test Thursday," Wicker said on Twitter.

"It is almost certainly a false positive, as confirmed by a later test.

"This is an injustice.

"These athletes work for too many years and make too many sacrifices to be subjected to unfair, inflexible protocols."

IOC Presidential spokesperson Mark Adams defended the COVID-19 countermeasures that are in place at the Games and said they "can't make exceptions for individuals".

"Everyone has to abide by the very strict rules," he added.

Members of the Australian athletics team were briefly placed into isolation amid concerns over being a close contact with Kendricks, before they were cleared to resume their activities.

Tokyo 2020 spokesperson Masa Takaya claimed organisers had suspended several accreditations for breaches of the "playbooks" - the measures they claim are making the Games "safe and secure" - but refused to reveal the exact number.

Takaya said the Organising Committee was also aware of reports an unnamed Georgian judoka had broken the rules by taking a trip up Tokyo Tower, a tourist attraction which Olympic participants are not allowed to visit during their stay.