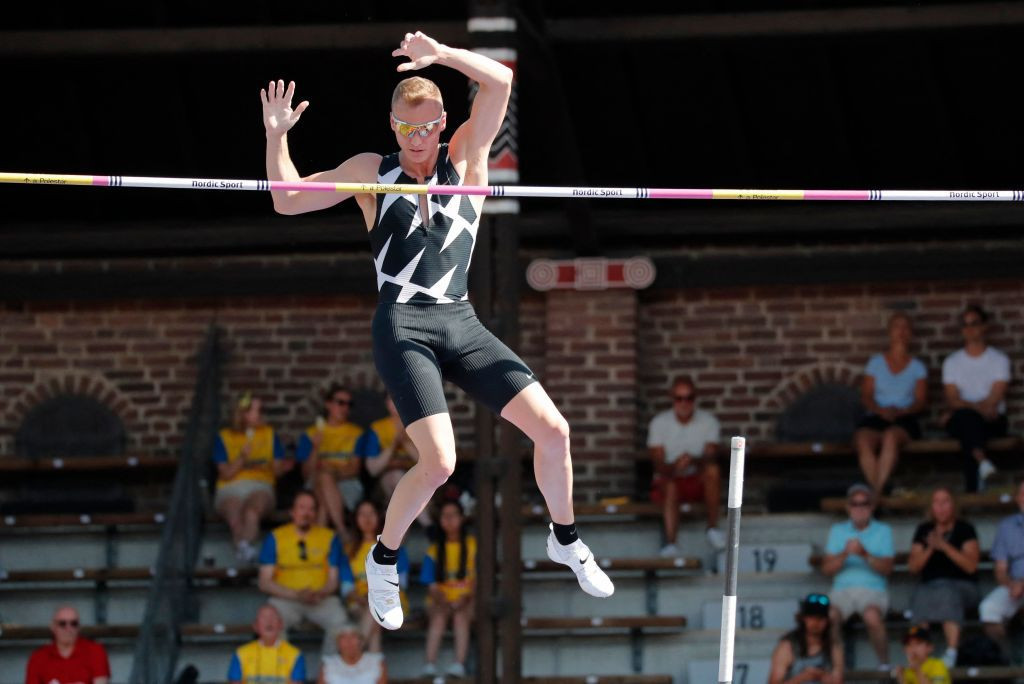 World pole vault champion Sam Kendricks of the United States has been ruled out of the postponed Olympic Games here after testing positive for COVID-19.

News of the American's positive test was first revealed by his father Scott on his Instagram account, before the United States Olympic and Paralympic Committee (USOPC) later confirmed he would miss the Games.

Members of the Australian athletics team were briefly placed into isolation after coming into close contact with Kendricks before being cleared to resume their normal activities after testing negative for COVID-19.

It appears Kendricks, one of the favourites for pole vault gold at Tokyo 2020, returned a positive test for the novel coronavirus at the Olympic Village.

The pole vault competition is due to begin here on Saturday (July 31).

The 28-year-old is the highest-profile athlete to be withdrawn from the Games because of COVID-19.

"We are saddened to confirm that Sam Kendricks tested positive for COVID-19 and will not compete in the Olympic Games Tokyo 2020," the USOPC said in a statement.

"In alignment with local rules and protocols, he has been transferred to a hotel to be placed in isolation and is being supported by the USA Track and Field and USOPC staff.

"Sam is an incredible and accomplished member of Team USA and his presence will be missed."

Organisers today confirmed there had been 24 more positive tests for COVID-19 among people in Japan who are accredited for the Games since July 1, bringing the total number in that period to 198.

Three of those are athletes staying at the Village, but their identities have not been revealed.

More than 20 athletes have tested positive for COVID-19 since arriving in the country for the Games, and some have criticised the conditions of the quarantine hotel where they are isolating.

Dutch skateboarder Candy Jacobs described the conditions as "inhuman" and said she had to persuade officials to allow her a supervised short break for some fresh air away from her room as her window does not open.

"Not having any outside air is so inhuman," the 31-year-old, who missed the women's street skateboarding event after testing positive, posted on Instagram.

"It’s mentally super draining...definitely more than a lot of humans can handle."

IOC Athletes' Commission chair Kirsty Coventry admitted the organisation was aware of complaints from Olympic participants who are being forced to isolate at the Government-approved facilities.

"We have been working very closely with Tokyo 2020 and are working on improving on all of those experiences," Coventry said.

"The quarantine hotels are Government centres, but Candy along with a couple of other people who have gone in from the Olympic family have raised similar points.

"They are being addressed, we have reached out to them and we are working on processes to be improved."

IOC medical and scientific director Richard Budgett added: "To be in an isolation hotel is really hard.

"But under the regulations they have to be isolated so there is no getting around that."

It was the second straight day where the Japanese capital had reported a daily high of new infections.

IOC Presidential spokesperson Mark Adams said there is "no evidence" of someone within the Olympic bubble passing on the COVID-19 virus to a member of the Japanese population.

"Not a single severe case has occurred among our stakeholders," Adams added.

There are two people that have been hospitalised among the Olympic participants here, the IOC said.

The IOC has claimed the number of positive cases is proof that the rules in place at the Games, which have been criticised by health experts, are working.