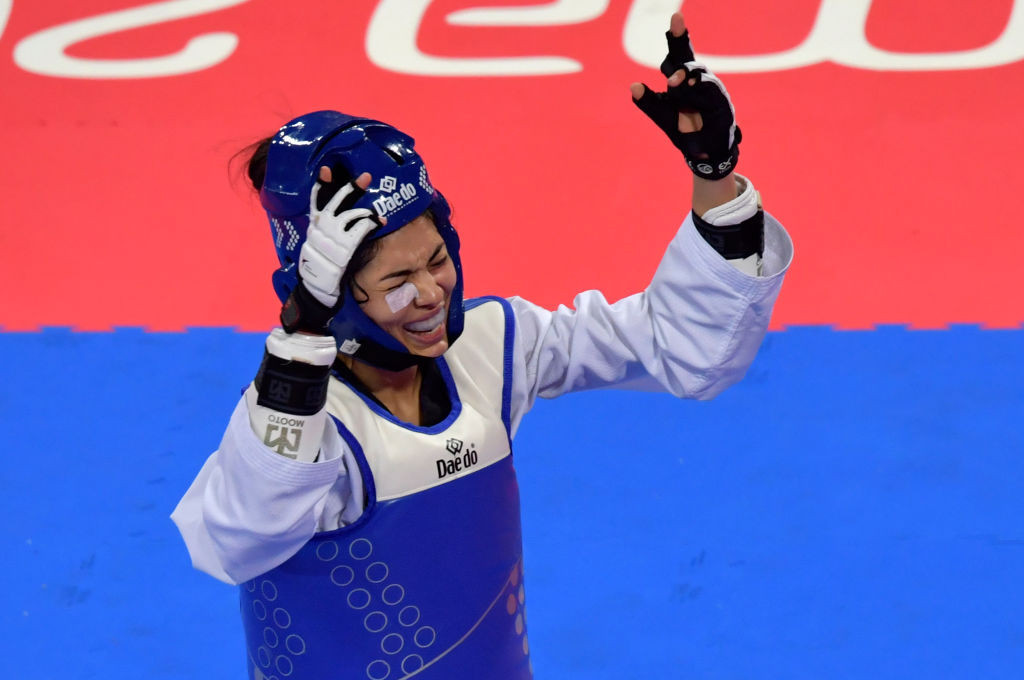 American beach volleyball player Taylor Crabb is also set to miss his event following confirmation that he had also tested positive for the novel coronavirus.

Tokyo 2020 today confirmed another 12 positive COVID-19 cases, including two athletes residing at the Village, among those connected to the Games since July 1, bringing the total in that period to 91.

Thirty-nine of these have come from people arriving in the country for the Games, set to open on Friday (July 23).

Aguirre, a Pan American bronze medallist, became the first athlete to have been forced to withdraw from Tokyo 2020 because of a positive COVID-19 test.

It later emerged that Jacobs, who will miss out on skateboarding's debut at the Games, and Širuček had tested positive in the Olympic Village.

Širuček is the second Czech athlete and third from the country's beach volleyball delegation to contract COVID-19 since arriving in Japan for the Olympics.

Compatriots Ondřej Perušič and Simon Nausch, who coaches the women's duo of Barbora Hermannová and Markéta Sluková, have also tested positive at the Village.

Aguirre had been due to compete in the women's under-57 kilograms category at the Makuhari Messe on Sunday (July 25), the same day as Crabb's opening men's beach volleyball match with partner Jake Gibb.

The 21-year-old Chilean returned two positive tests at the airport after travelling from Uzbekistan to the Japanese capital.

The Chilean Olympic Committee (COCH) said she had tested negative before leaving for Tokyo.

The COCH said she had been placed into a medical facility, where she will undergo her quarantine period of up to 10 days.

Aguirre's case was revealed in the latest update on confirmed new COVID-19 cases by Tokyo 2020 since July 1, although she had not been identified by organisers.

South African footballers Thabiso Monyane and Kamohelo Mahlatsi were the first to test positive at the Village.

Monyane and Mahlatsi could feasibly still compete once their quarantine has finished.

Perušič and partner David Schweiner are set to miss their opening match on July 26 and could be forced to pull out of the Games.

Kara Eaker, an alternate on the United States women's artistic gymnastics team, was placed into isolation after contracting the virus at a pre-Tokyo 2020 training camp.

Another member of the Czech delegation, and a video analyst with the South African team, have also returned positive tests at the facility, which the International Olympic Committee (IOC) has claimed will be the "safest place" in Tokyo.

"I'm devastated," Jacobs, who had been on the entry list for the women's street event on Monday (July 26), said.

"We were ready for the Games, I feel fit and now it's over.

"I need time to process this but I wish my team all the strength and success in Tokyo."

Two of the other infections listed by Tokyo 2020 came among "Games-connected personnel" who are staying at the Olympic Village.

Tokyo today recorded 1,832 new COVID-19 cases, the seventh time this month that the number has exceeded 1,000.

Outgoing IOC Athletes' Commission chair Kirsty Coventry claimed she had not heard any concerns from athletes about the COVID-19 situation, despite the recent positives in the Village.

The IOC and Tokyo 2020 have said the positive cases show the strict COVID-19 rules in place at the Games are working.

Tokyo 2020 President Seiko Hashimoto has insisted organisers have "a plan in place" to respond to any COVID-19 outbreak at the Village, while IOC Olympic Games executive director Christophe Dubi claimed transmission between the various groups there was "almost impossible".

Thousands of athletes set to compete at the Games are yet to arrive at the Village, and Hashimoto admitted earlier this week athletes are "probably very worried" about coming to Japan.