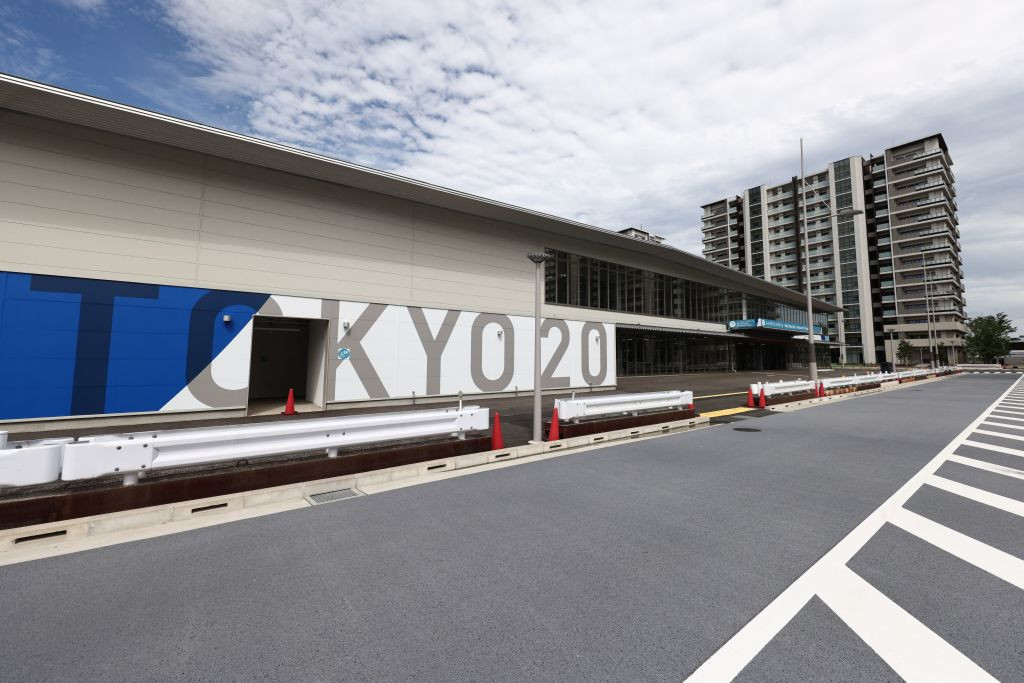 South African footballers Thabiso Monyane and Kamohelo Mahlatsi have become the first athletes to test positive for COVID-19 at the Olympic Village for the delayed Tokyo 2020 Olympic Games here.

South African officials confirmed Monyane and Mahlatsi were those affected.

Another unnamed athlete has also tested positive upon arrival in the Japanese capital, Tokyo 2020 said, but they are not a resident of the Village.

The development will cause considerable concern at Tokyo 2020 and the IOC, which has claimed the Village will be the "safest place" in the Japanese capital, and comes with less than a week until the July 23 Opening Ceremony.

Thousands of athletes set to compete at the Games are also yet to arrive.

A video analyst working for the South African team, which is due to open its Olympic campaign against Japan at Tokyo Stadium on Thursday (July 22), has also tested positive.

The South Africa squad is now in quarantine, officials said, but the rest of the team has tested negative.

A spokesperson for Tokyo 2020 said organisers are expecting the team to be able to play their first game later this week.

Tokyo 2020 is coordinating with South Africa to allow them to return to training, the spokesperson added.

Organisers announced yesterday that an official connected to the Games had become the first person to test positive at the Village.

Tokyo 2020 President Seiko Hashimoto has insisted organisers have "a plan in place" to respond to any outbreak there.

"Testing is the way to reduce any spread," Dubi said.

"When we have a positive case, it means action.

"We know there is no such thing as zero-risk, but at the same time the mingling and crossing of populations is very limited.

"With all the measures that are in place, we keep the risk to an absolute minimum level.

"What we have done since cases have appeared at the airport in the Village is make sure they are ringfenced, tested and do not provide a risk."

The three athletes are among the 10 new COVID-19 cases in Japan announced today that are linked to the Games since July 1, bringing the total in that period to 55.

The athlete who tested positive at the airport has been isolated in a dedicated medical facility, Tokyo 2020 said.

Five of the other cases have come from "Games-connected personnel", defined by Tokyo 2020 as "those affiliated with the IOC, the International Paralympic Committee, NOCs, NPCs, International Federations, members of the Olympic and Paralympic Family, partners, Olympic Broadcasting Services members, etc".

A member of the foreign media and a Tokyo 2020 contractor have also tested positive.

IOC President Thomas Bach has said there is "zero risk" of participants at the Games spreading the virus to the Japanese public because of the measures in place at the event.

But health experts have warned the Games could become a "super-spreader" event, while Shigeru Omi, the Japanese Government’s top COVID-19 advisor, has warned staging the Olympics during a pandemic is "abnormal".

At least five other athletes have tested positive for COVID-19 since arriving in Japan for the Games, while the Refugee Olympic Team delayed its travel to Tokyo after one of its delegation also returned a positive test.

Britain is among them, with six members of the athletics team and two staff members forced into self-isolation after somebody on their flight to Japan tested positive for COVID-19, and they were identified as close contacts.

"This was identified through Tokyo 2020’s reporting service and the group have since started a period of self-isolation in their rooms at the BOA’s preparation camp, in line with Tokyo 2020’s Playbook protocols," the British Olympic Association (BOA) said.

"The group all tested negative at the airport and have continued to test negative upon arrival into the country.

"They are under the supervision of the Team GB medical team, led by chief medical officer Dr Niall Elliott.

"The BOA continue to operate extensive COVID-19 testing protocols and mitigation measures and follow all respective health guidance from the Government of Japan, Tokyo 2020, the IOC and our local partners in Japan."

Officials in the Nigerian and Czech teams have been identified as having tested positive.

The Nigerian team staff member, a man in his 60s, was hospitalised owing to his age and pre-existing health conditions.

The IOC has said at least 85 per cent of residents in the Village will have been vaccinated against COVID-19.

The Olympics are being organised amid a backdrop of public opposition and criticism, and calls for the Games to be called off have been prominent in the build-up to the Opening Ceremony.