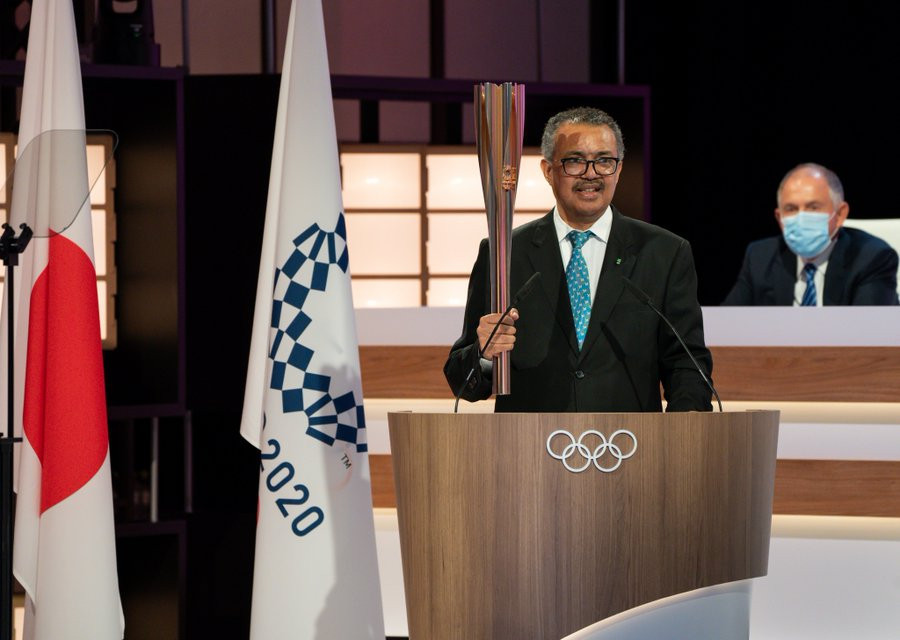 The head of the World Health Organization (WHO) has claimed the delayed Olympic Games here can "ignite the solidarity and determination" needed to end the COVID-19 pandemic.

During his keynote speech to the International Olympic Committee (IOC) Session at The Okura Tokyo, Dr Tedros Adhanom Ghebreyesus warned the pandemic which forced the first postponement of an Olympics was far from over.

Dr Tedros made a grim prediction that more than 100,000 people would die from COVID-19 by the time the Tokyo 2020 Olympics close on August 8, but claimed the Games could be a "celebration of hope".

"The celebrations may be more muted this year, but the message of hope is all the more important," Dr Tedros, who did not wear a mask during his speech, said.

"May these Games be the moment that unites the world, and ignites the solidarity and determination we need to end the pandemic together, by vaccinating 70 per cent of the population of every country by the middle of next year."

Dr Tedros, an Ethiopian biologist, claimed the pandemic "will end when the world chooses to end it".

COVID-19 concerns have dominated the build-up to the Games, set to open here on Friday (July 23), and there have been nearly 80 confirmed cases in Japan among people linked to the event since July 1.

A total of 33 of these infections have come from the more than 30,000 people to have arrived in the country for the Games, the IOC has said.

The IOC has also claimed the number of cases is what it was expecting at this stage and is proof the strict COVID-19 rules, which the WHO helped develop, are working.

But health experts have warned the Games could become a "super-spreader event", while Shigeru Omi, the Japanese Government’s top COVID-19 advisor, has warned staging the Olympics during a pandemic is "abnormal".

"In the 125-year history of the modern Games, they have been held in the shadow of war, economic crisis and geopolitical turmoil," Dr Tedros said.

"But never before have they been organised in the shadow of a pandemic.

"And although COVID-19 might have postponed the Games, it has not defeated them.

"I recognise the plans and precautions and sacrifices that the IOC, the Tokyo Organising Committee, the Government and people of Japan, the teams and athletes have taken to make these Games as safe as possible.

"The WHO is pleased to have played our part by providing technical advice to the IOC and Japan during your preparations.

"Over the next two weeks, and for the Paralympic Games next month, those plans and precautions will be put to the test.

"It is my sincerest hope that they succeed - not only for the sake of the games themselves, and the safety of the athletes, trainers and officials - but as a demonstration of what is possible with the right plans and the right measures.

"There is no zero risk in life; there is only more risk, or less risk.

"And you have done your best.

"The mark of success is making sure that any cases are identified, isolated, traced and cared for as quickly as possible and onward transmission is interrupted."