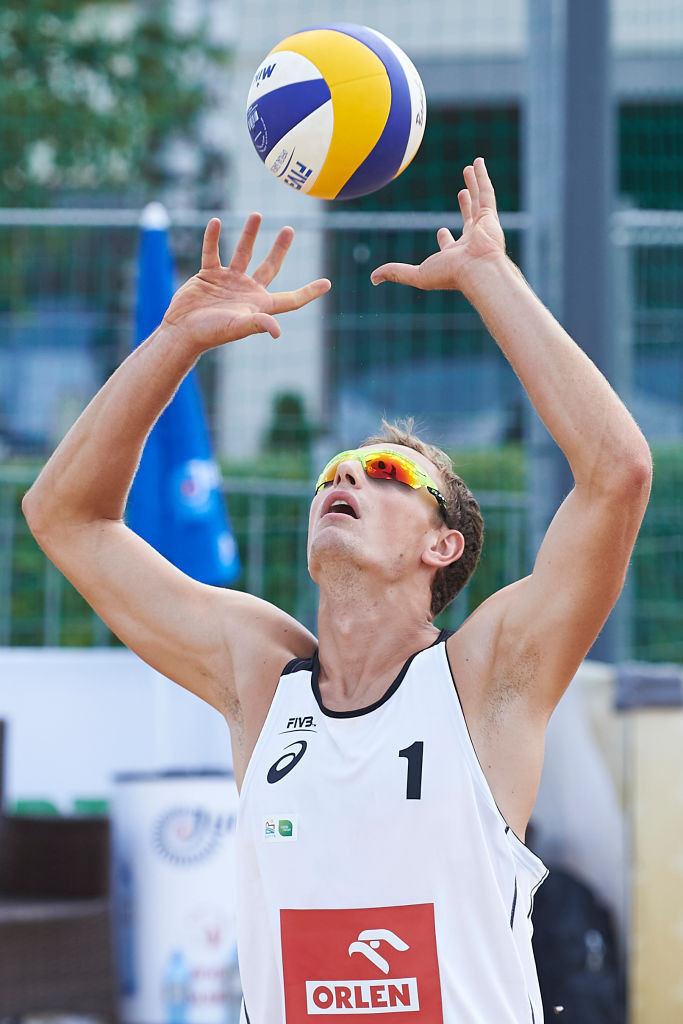 Czech beach volleyball player Ondřej Perušič will miss his opening match at the delayed Tokyo 2020 Olympic Games and could be ruled out of the entire event after he became the third athlete to test positive for COVID-19 in the Olympic Village.

Eaker has been transferred to a hotel to quarantine, the United States Olympic and Paralympic Committee said, without naming the athlete.

Another alternate, Leanne Wong, is isolating after being deemed a close contact.

USA Today had earlier reported the four alternates are staying and training away from the main six-member team, which includes star gymnast Simone Biles.

Organisers today confirmed another nine new infections in Japan among people connected to the Games since July 1, including the case involving the Czech player.

Only two are from overseas.

The number of positive cases in that period has grown to 71, as Tokyo 2020 have included those announced by the Municipal and National Governments in their latest list.

The Czech Olympic Committee (COC) has announced it is seeking a postponement of Perušič and partner David Schweiner's first game of the men's tournament on July 26 following confirmation of the positive test.

COC Chef de Mission Martin Doktor revealed the organisation was looking at "other options that would allow the boys to enter the tournament later, according to the rules".

Perušič has conceded testing positive for COVID-19 could prevent him from playing any part in the Games, set to open here on Friday (July 23).

The COC claimed he had no symptoms and had been fully vaccinated against COVID-19.

"I don't see it as the end of the world yet and I definitely don't take it tragically just because it was far more important for me personally that we managed to qualify for the Olympics and that I proved to myself that I have it," said Perušič.

"There is a risk that I will either not play at all or for our team the tournament will be affected by this situation.

"This is a big complication."

Earlier, an unnamed member of the Czech delegation had tested positive.

South African footballers Thabiso Monyane and Kamohelo Mahlatsi were the first Tokyo 2020 athletes to test positive for COVID-19 inside the Village.

A video analyst working with the team had also tested positive for the virus.

A total of 18 people have been identified as close contacts and under the rules in place, they must eat in their rooms, train separately from other team-mates, take dedicated transport and undergo daily COVID-19 tests.

A spokesperson for Tokyo 2020 said organisers are expecting the team to be able to play their first game.

Of the latest positives revealed by Tokyo 2020, six are contractors working on the Games.

Athletes from Uganda, Israel and Serbia have tested positive for COVID-19 since arriving in Japan for the Games, while the Refugee Olympic Team delayed its travel to Tokyo after one of its delegation also returned a positive test.

The IOC, which had claimed the Village would be the "safest place" in the Japanese capital, and Tokyo 2020 have said the recent positive cases show the rules in place at the Games are working.

Tokyo 2020 President Seiko Hashimoto has insisted organisers have "a plan in place" to respond to any COVID-19 outbreak at the Village, while IOC Olympic Games executive director Christophe Dubi claimed transmission between the various groups there was "almost impossible".

Thousands of athletes set to compete at the Games are yet to arrive at the Village, and Hashimoto admitted earlier this week athletes are "probably very worried" about coming to Japan.