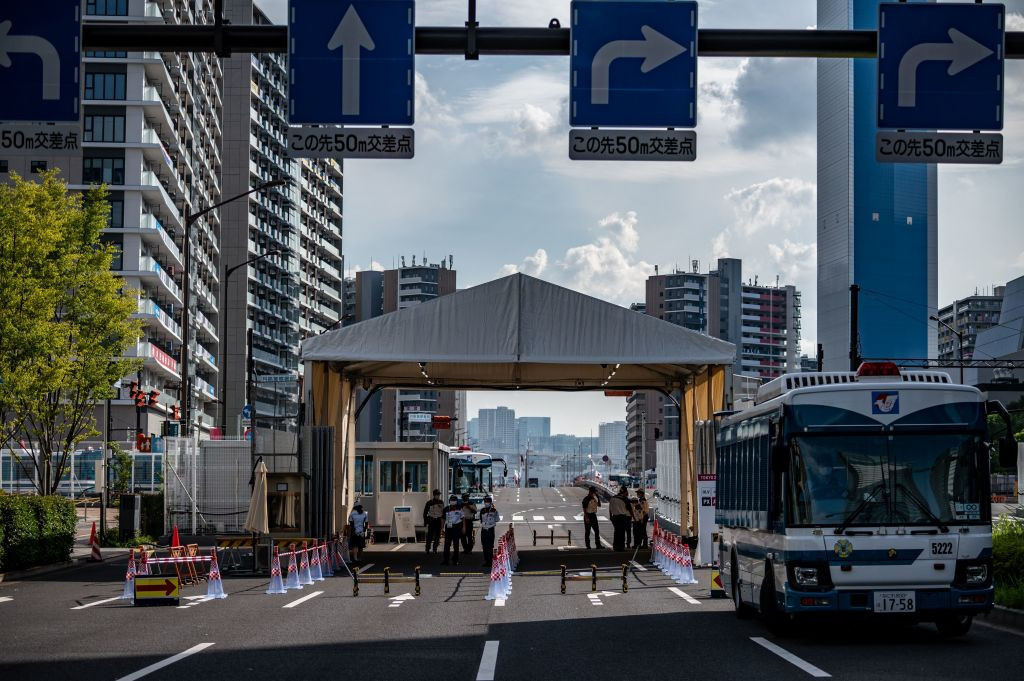 An official connected to the delayed Olympic Games here has become the first resident of the Olympic Village to test positive for COVID-19.

The affected official has been placed into a 14-day quarantine, Tokyo 2020 said.

They had not tested positive upon arrival at the airport but a test taken in the screening process at the Village, located in Harumi, returned a positive result for COVID-19.

The case will come as a concern to organisers and the International Olympic Committee (IOC), which had promised the Village would be the "safest place" in Tokyo.

"We are making sure to do everything possible to ensure that there is no COVID-19 outbreak," Tokyo 2020 President Seiko Hashimoto said.

"We are sparring no efforts.

"We are doing everything we can to prevent any outbreaks.

"If we end up with an outbreak, we will make sure we will have a plan in place to respond."

Tokyo 2020 confirmed there had been 14 more confirmed new infections in Japan linked to the Games since July 1.

It brings the total number in that period to 44, with less than a week to go before the July 23 Opening Ceremony.

Of the 13 other positive cases, four were also from "Games connected personnel" - defined as "those affiliated with the IOC, the International Paralympic Committee, NOCs, NPCs, International Federations, members of the Olympic and Paralympic Family, partners, Olympic Broadcasting Services members, etc".

Seven are contractors working on the Olympics, while the other two are members of the foreign media.

It marked the 28th day in a row where the total was higher than a week prior, and was the fourth straight day where the number of infections has topped 1,000.

At least five athletes have tested positive for COVID-19 since arriving in Japan for the Games, while the Refugee Olympic Team delayed its travel to Tokyo after one of its delegation also returned a positive test.

Officials in the Nigerian and Czech teams have been identified as having tested positive.

It has claimed 85 per cent of residents in the Olympic Village have been vaccinated against COVID-19.

IOC President Thomas Bach has claimed there is "zero" risk of the virus spreading to the Japanese population because of the COVID-19 countermeasures in place at the Games.

Hashimoto admitted some athletes who have not yet travelled to Tokyo "are probably very worried" about the situation in the Olympic and Paralympic host city.