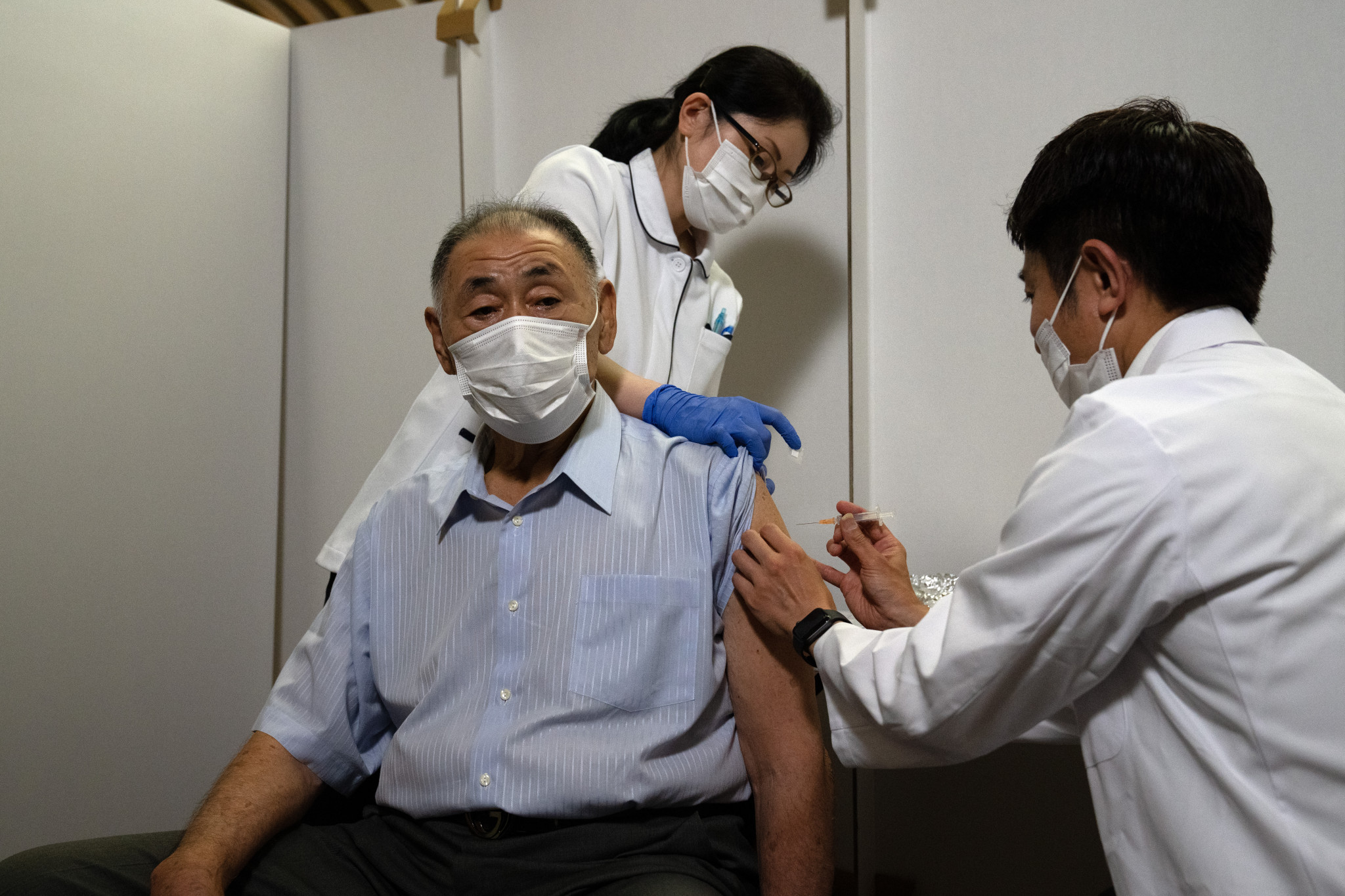 Japan has stepped up its COVID-19 inoculation programme ahead of this year’s Olympics by opening state-run mass vaccination centres in Tokyo and Osaka.

With less than two months to go before the Olympics are due to open, the Japanese Government has set up the two facilities in a bid to accelerate its plan to fully vaccinate all residents aged 65 or older - about 36 million people - by the end of July.

Doses of the vaccine developed by Moderna are set to be administered at the centres after it was approved for use in Japan by the country’s Government last week.

Less than five per cent of the Japanese population has received at least one jab so far, with just two per cent fully vaccinated against COVID-19.

The slow pace of the vaccination programme compared to other developed countries has caused further concern in Japan which has recorded more than 12,200 deaths from the virus.

The centres are expected to run for three months as Japan bids to make a million injections available a day to the older population ahead of the Olympics.

Aichi, Gunma and Miyagi also opened mass vaccination centres today with the aim of inoculating 3,000, 1,000 and 2,100 people a day respectively.

The Pfizer and BioNTech vaccine was previously the only jab approved in Japan before the Government gave the green light for the use of the Moderna and AstraZeneca vaccines last Friday (May 21).

"The Government will continue to make all-out efforts so that as many people as possible can be inoculated as quickly as possible," said Chief Cabinet Secretary Katsunobu Katō.

Tokyo and Osaka are among 10 Japanese prefectures under a state of emergency due to rising COVID-19 cases.

The strict measures are set to end on May 31, but Osaka Governor Hirofumi Yoshimura has revealed that a decision will be made tomorrow over whether to prolong the restrictions.

Yesterday, Tokyo reported a further 535 infections while the seven-day average of daily cases in the capital has dropped from 806.4 to 649.4.

There are also reports that hospitals in Osaka are running out of beds and ventilators due to an increasing level of COVID-19 patients as medical professionals add to growing calls for the Olympics and Paralympics to be cancelled.

"Simply put, this is a collapse of the medical system," said Yuji Tohda, director of Kindai University Hospital, as reported by Reuters.

"The highly infectious British variants and slipping alertness have led to this explosive growth in the number of patients."

Akira Tasaka, the head of emergency medicine at the Osaka Medical and Pharmaceutical University Hospital, added: "The Olympics should be stopped because we already have failed to stop the flow of new variants from England and next might be an inflow of Indian variants.

"This may be a trigger for another disaster this summer."

International Olympic Committee (IOC) President Thomas Bach recently claimed that more than 80 per cent of people in the Athletes' Village would be vaccinated.

IOC vice-president John Coates also claimed that it was now "clearer than ever" that the Games would be safe for everyone participating, as well as the general public in Japan.