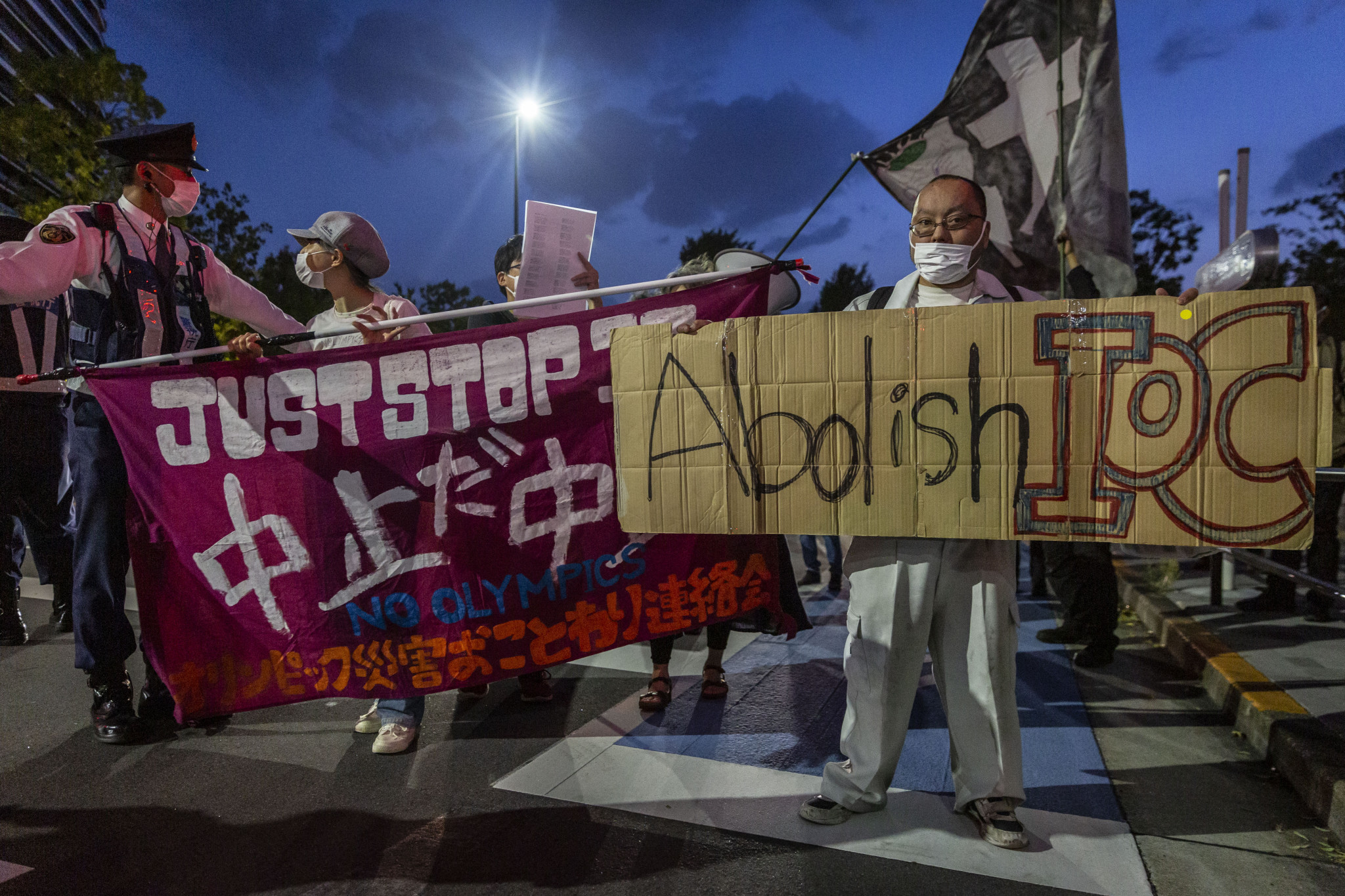 A majority of the Japanese public want the Olympics and Paralympics to be cancelled and more than 85 per cent are concerned that staging the Games will lead to an influx in coronavirus cases.

The Kyodo News poll conducted this weekend found that 59.7 per cent of respondents want the Olympics - due to open on July 23 - called off.

A little more than a quarter - 25.2 per cent - are in favour of the Games going ahead but without spectators allowed, while 12.6 per cent voted for the Olympics and Paralympics taking place with a limited number of fans in attendance.

The poll did not offer the option of rescheduling the Games - something the International Olympic Committee (IOC) has insisted is not on the table.

These figures are the latest example of anti-Olympic sentiment in the host nation, where COVID-19 infections are on the rise and nine prefectures have been placed under a state of emergency in response to the pandemic.

Hokkaido - where the Olympic marathons and race walking is set to take place in Sapporo - Okayama and Hiroshima today joined Tokyo and five other prefectures in a state of emergency, which brings with it tougher restrictions on movement and businesses' opening hours.

The state of emergency will last until at least May 31.

The Kyodo News poll also found 87.7 per cent of respondents were concerned the Games, and the influx of foreign athletes, coaches, officials and media members that would come with the event, would lead to further spreading of the COVID-19 virus.

Almost three quarters - 71.5 per cent - said they were dissatisfied with the Government's handling of the pandemic, ahead of an election later in the year.

The figure is a record high since Yoshihide Suga became Prime Minister, and must be a concern to the ruling Liberal Democratic Party.

Handling of the health crisis and the Olympics figures to be among the most important issues come polling day, which must take place before October 21.

More than 520 respondents were used to compile the survey results, according to Kyodo News.

A petition calling for the cancellation of Tokyo 2020 was submitted to organisers on Friday (May 14), having reached 350,000 signatures in just nine days.

It was launched by former Tokyo Gubernatorial candidate Kenji Utsunomiya, with a copy also sent to current Governor Yuriko Koike.

The IOC, International Paralympic Committee and Tokyo 2020 both insist the Olympics and the Paralympics, which are set to open exactly 100 days from today, will go ahead as planned.

Several test events have been held in recent weeks and labelled as successes, including in track and field, with World Athletics President Sebastian Coe in attendance.

All overseas arrivals will be "hermetically sealed from local people" come the Olympics, Coe has claimed.

The World Health Organization last week offered its support to the Games, praising coronavirus countermeasures outlined by organisers in their playbooks, which will guide how events will take place.

Support from the WHO was warmly received by the IOC.