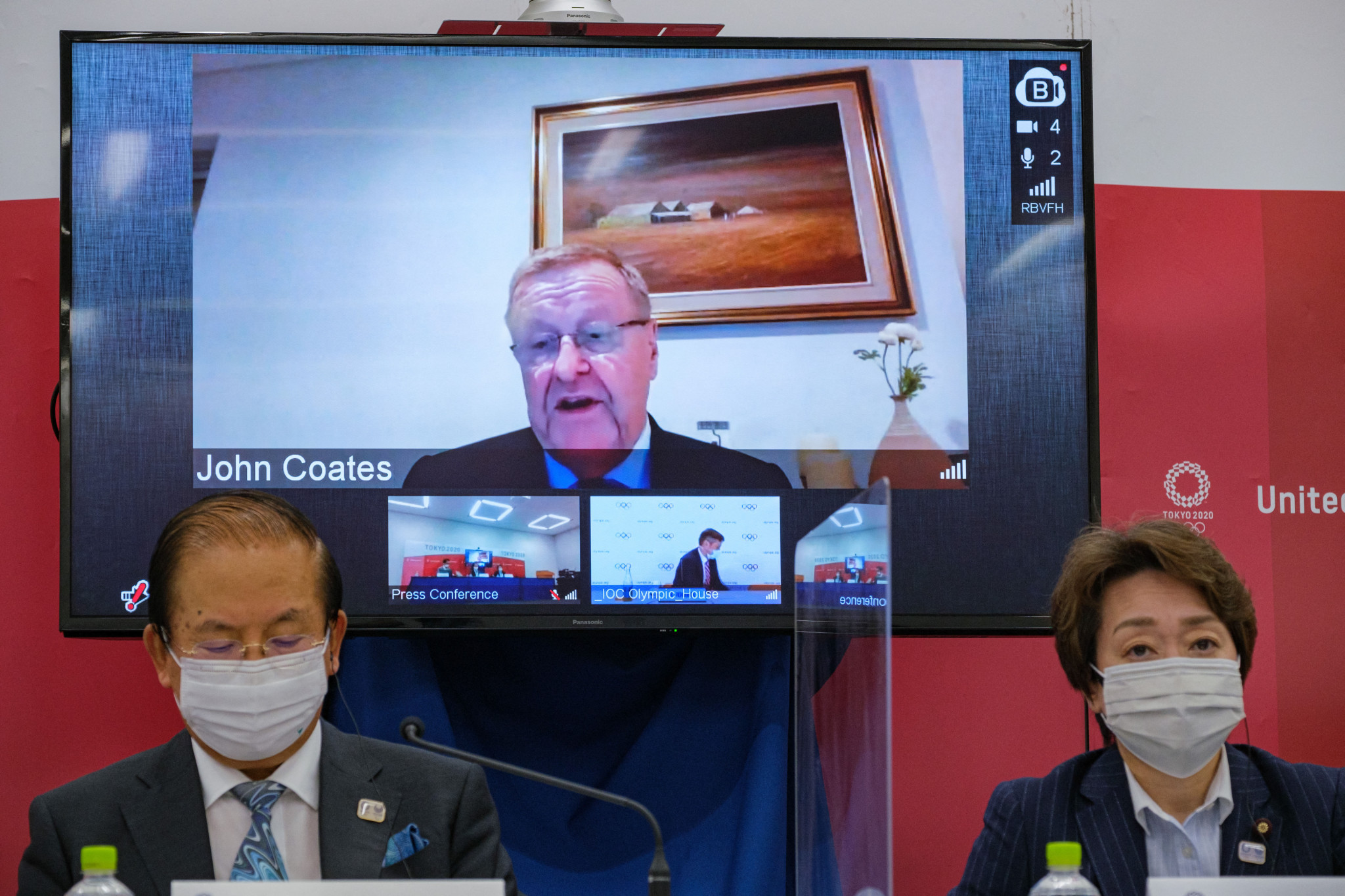 Tokyo 2020 Coordination Commission chair John Coates has said the Olympic and Paralympic Games would be able to take place should state of emergency measures be in force at the time of the event.

Coates was speaking remotely at the end of the final three-day Coordination Commission meeting ahead of the Games.

The International Olympic Committee (IOC) vice-president said that it was now "clearer than ever" that the Games would be safe for everyone participating, as well as the general public in Japan.

Coates was asked whether the Games would be able to take place should Tokyo be under state of emergency restrictions.

Nine areas in Japan, including Tokyo, are currently under state of emergency measures until May 31.

Okinawa will be added to the state of emergency on Sunday (May 23).

The measures were aimed at combatting a rise in COVID-19 cases in Japan earlier this month.

New cases have declined in recent days with 5,710 reported across the country yesterday, while Tokyo reported a drop to 649.

Coates highlighted the successful staging of recent test events during the state of emergency measures as evidence the Games could take place should restrictions be in place while the event is held.

"All of the plans that we have in place to protect the safety and security of athletes and the people of Japan are based around the worst possible circumstances, so the answer is absolutely yes.

"The advice we have got from the World Health Organization and all of the scientific advice is that all the measures we have outlined in the playbooks, the current iterations of all those measures are satisfactory to ensure a safe and secure Games in terms of health, and that’s whether there is a state of emergency or not."

The Tokyo 2020 Coordination Commission chair repeated that 75 per cent of the residents of the Olympic Village are either already vaccinated or have secured vaccination ahead of the Games.

It is hoped the figure will be above 80 per cent by the time of the Games.

Coates added that consideration was being given to vaccinating people who will have close contact to athletes during the Games.

Coates said some National Olympic Committees may vaccinate other personnel travelling to the Games, including media representatives, as the Australian Olympic Committee - an organisation he leads - have already done.

The Coordination Commission added that the IOC have also developed a programme which will see medical personnel from abroad travel to the Games to assist the event.

The initiative is aimed at reducing fears in Japan that medical staff could be reallocated to support the Games.

Private organisations are also set to conduct COVID-19 testing during the Games to keep supply separate from the public system.

Tokyo 2020 President Seiko Hashimoto confirmed that the number of Games participants from abroad had been reduced to 59,000, compared to the expected 180,000 from last year.

These will include 23,000 Games-related officials, including from the IOC and International Federations.

Olympic Broadcast Services representatives and rightsholders will account for 17,000 people during the Olympics, with 6,000 members of the media expected.