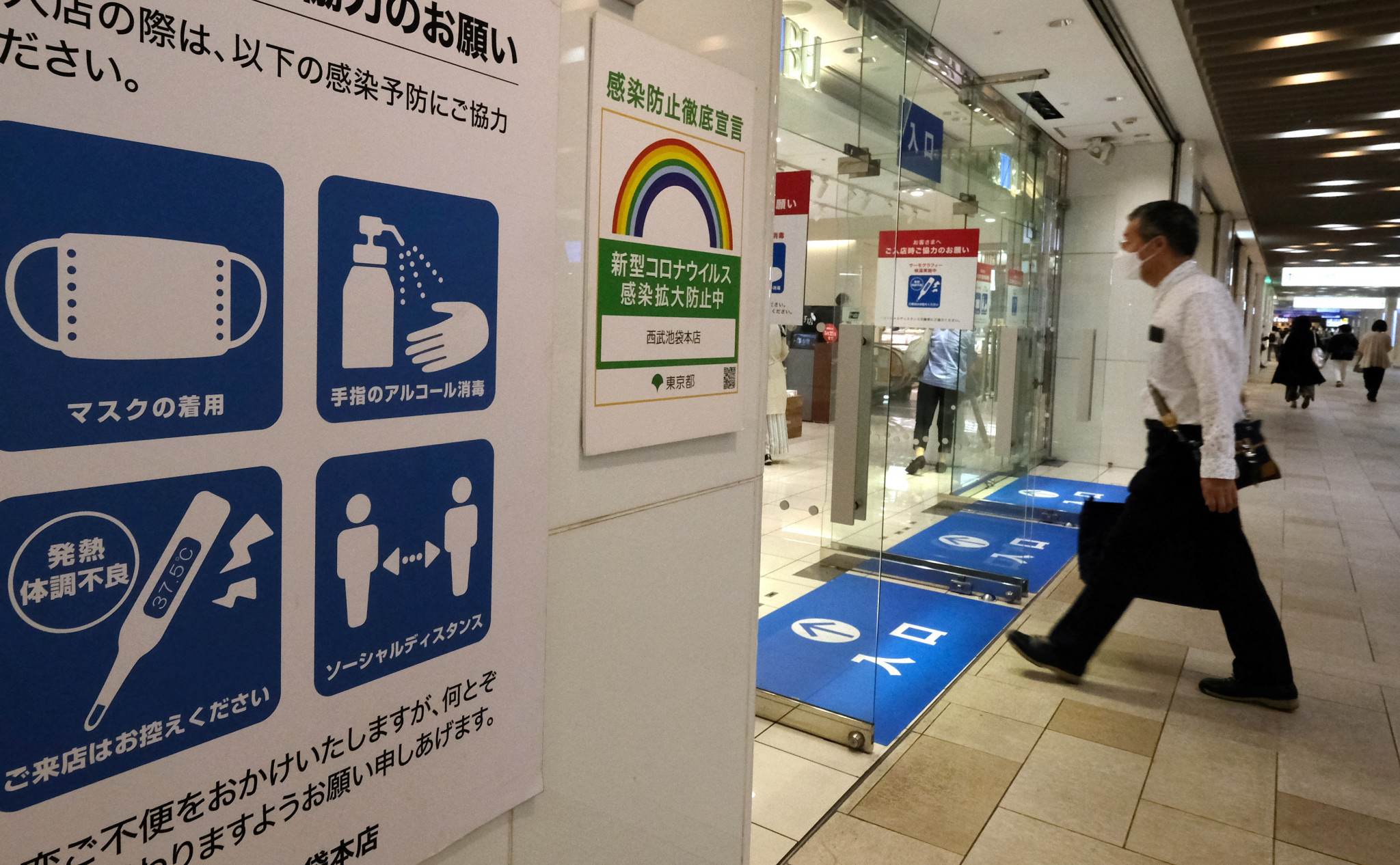 Japan’s economy has started to contract again as the Olympic and Paralympic Games hosts battle to contain coronavirus takes its toll on output.

The country’s gross domestic product (GDP) fell 1.3 per cent in the first three months of 2021.

This is equivalent to a decline of more than five per cent at an annualised rate.

The new figures reverse the improvement of the previous quarter when output expanded by a better-than-expected three per cent compared with the preceding three months.

Even this was not enough to prevent an annual shrinkage of well over four per cent for 2020, the year when Japan had originally expected to welcome the world’s athletes to the ultimate sports mega-event.

The northern city of Sapporo - host of the marathon and race walk events at the delayed Tokyo 2020 Games - was recently brought into an expanded state of emergency, as this was extended to cover the Hokkaido, Okayama and Hiroshima Prefectures.

The three regions joined Tokyo, Osaka, Kyoto, Hyogo, Aichi and Fukuoka in being placed under tougher measures, scheduled to be in place until May 31.

Under the emergency measures, eating establishments are being asked to close by 8pm, while shops and cinemas have temporarily shut.

Such restrictions seem likely to be reflected in second-quarter and full-year 2021 GDP figures.

Infections are reported to be running at about 6,000 per day, with medical systems in some areas said to be under strain.

The new economic figures were released on the eve of a three-day meeting of the International Olympic Committee Coordination Commission which is overseeing attempts to ensure the postponed Games can go ahead as rescheduled, in spite of the extreme difficulties presented by the pandemic.

Surveys have repeatedly indicated that a majority of the Japanese public do not want the event to proceed in line with the new schedule, under which the Olympics would run from July 23 to August 8 and the Paralympics from August 24 to September 5.

With a general election scheduled before the end of the year, this appears to leave the Japanese Government in a particularly difficult position.