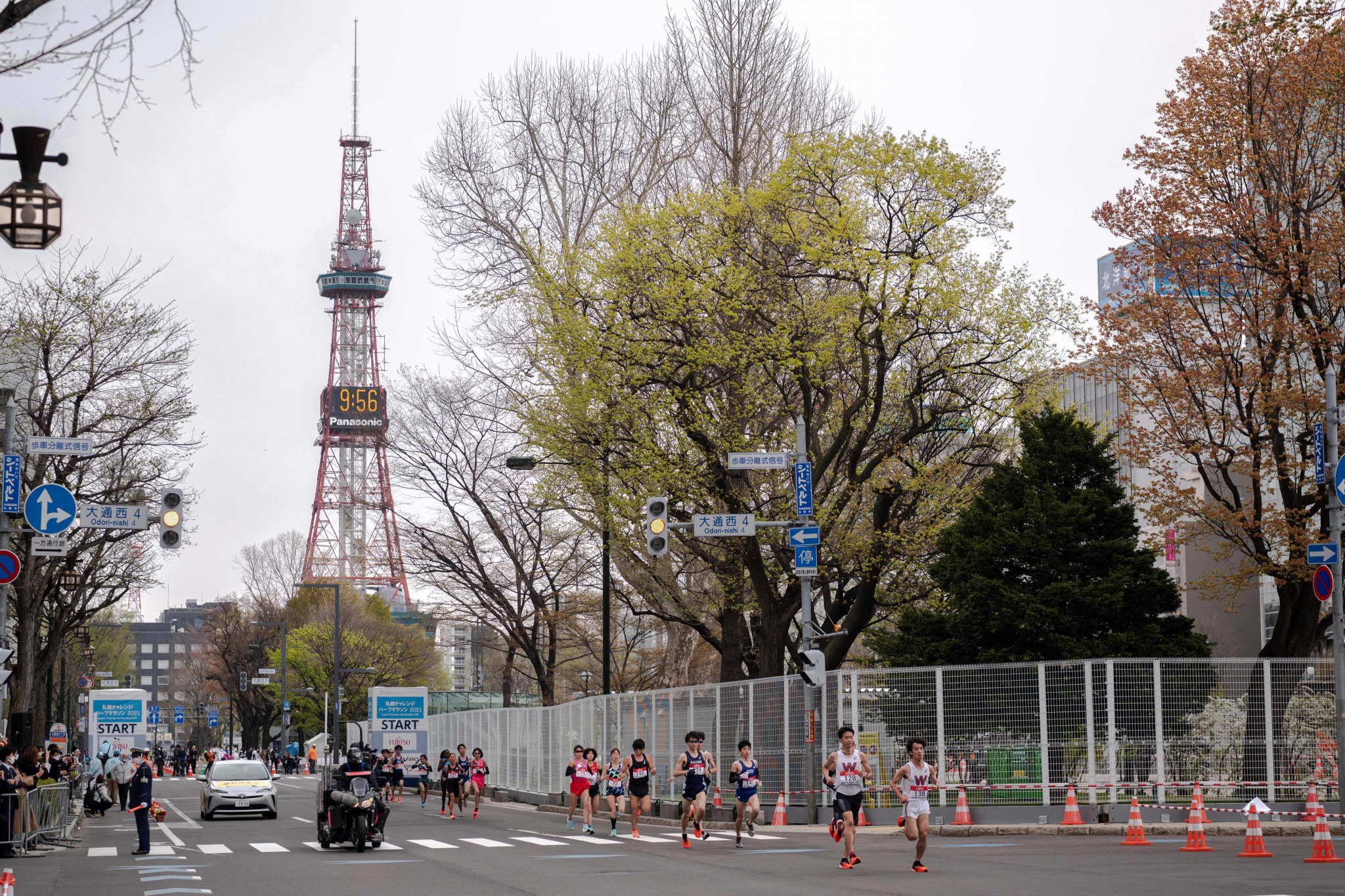 Sapporo, host of the marathon and race walk events at the delayed Tokyo 2020 Olympic and Paralympic Games, has been brought into an expanded state of emergency in Japan.

The Japanese Government has extended the current state of emergency COVID-19 restrictions to include the Hokkaido, Okayama and Hiroshima prefectures.

The three regions join Tokyo, Osaka, Kyoto, Hyogo, Aichi and Fukuoka in being placed under tougher measures, scheduled to be in place until May 31.

Venues hosting sport events or concerts will have their capacity capped at 5,000 or 50 per cent capacity.

Sapporo is the capital and largest city of Hokkaido, the most northern main island in Japan.

Hokkaido had recorded consecutive days of record COVID-19 cases, with the highest total of new cases coming on Thursday (May 13) when 712 were reported.

A rise in cases had seen Tokyo 2020 confirm last week that the Olympic Torch Relay’s visit to Hiroshima would be taken off public roads and confined to symbolic celebrations.

An "alternative lighting ceremony" will be held in the Hiroshima Peace Park tomorrow.

International Olympic Committee (IOC) President Thomas Bach had been due to visit Hiroshima, but the German official's visit to Japan was called off amid the state of emergency.

Earlier this month, Sapporo held the test event for the Tokyo 2020 Olympic marathon, moved to the city in 2019 amid concerns over the summer heat in the Japanese capital.

World Athletics President Sebastian Coe, who was in attendance at the competition, claimed the test event showed how Tokyo 2020 can be held safely.

Coe said overseas people working or competing at the Games would remain "hermetically sealed from local people" to avoid the risk of spreading COVID-19 and new variants.

The World Health Organization last week offered its support to the Games, praising the measures produced by organisers in playbooks, which will guide how the event will take place.

Concerns have continued to linger over the Olympic and Paralympic Games.

The rise in COVID-19 cases in recent weeks in Japan, which led to the country introducing tougher restrictions to combat the spread of the virus, has seen public support for the Games fall, while there are also fears over the country's low vaccination rate.