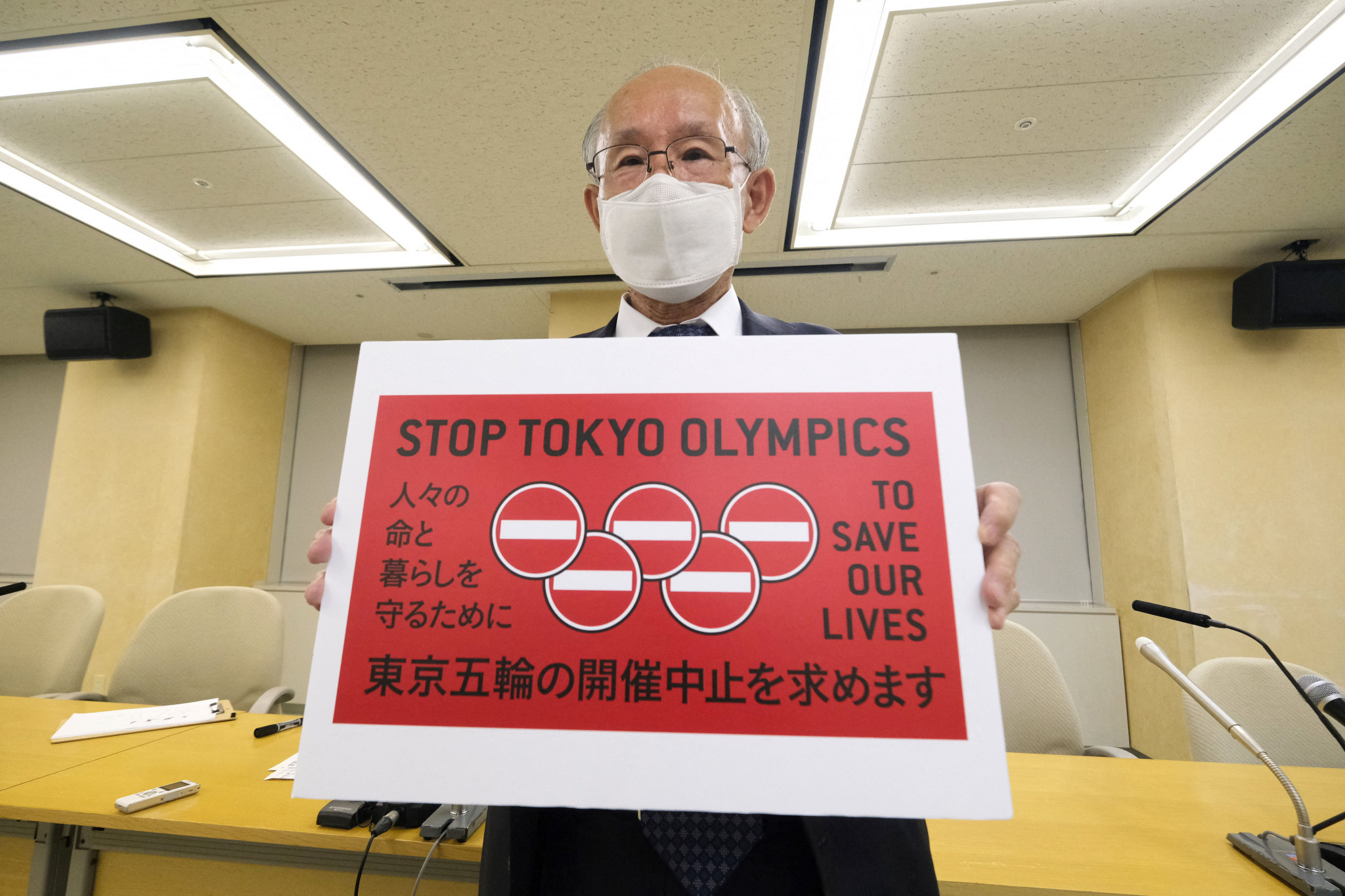 A petition calling for the cancellation of the Tokyo 2020 Olympic Games has been submitted to organisers, having reached 350,000 signatures in just nine days.

The submission of the petition comes amid rising COVID-19 cases in Japan, while concerns over the fate of the Games have grown due to Japan's low vaccination rate, the spread of new variants and the state of emergency in place in Tokyo and other prefectures.

"Stop Tokyo Olympics" campaign organiser and former Tokyo Governor candidate Kenji Utsunomiya said the Games, due to open on July 23, should only be held when Japan can welcome athletes and foreign visitors with little restriction.

"We are not in that situation and therefore the Games should be cancelled," Utsunomiya said.

"Precious medical resources would need to be diverted to the Olympics if it's held."

Utsunomiya, who is also a lawyer, finished second in last year's Tokyo gubernatorial election behind incumbent Yuriko Koike after winning over 800,000 votes.

The petition was also submitted to Tokyo Governor Koike.

Tokyo is to remain under a state of emergency until at least the end of the month due to rising COVID-19 cases.

Another 101 deaths related to the virus were also reported in the Olympic and Paralympic host country yesterday.

When asked about the petition, Koike said she would work towards a "safe and secure" Olympics.

"Though there is a global pandemic, it is important to hold safe and secure Tokyo 2020 Games," she said, according to Reuters.

High-profile Japanese athletes like Masters golf champion Hideki Matsuyama and women's tennis great Naomi Osaka have expressed their concerns with the Olympics going ahead during the COVID-19 pandemic.