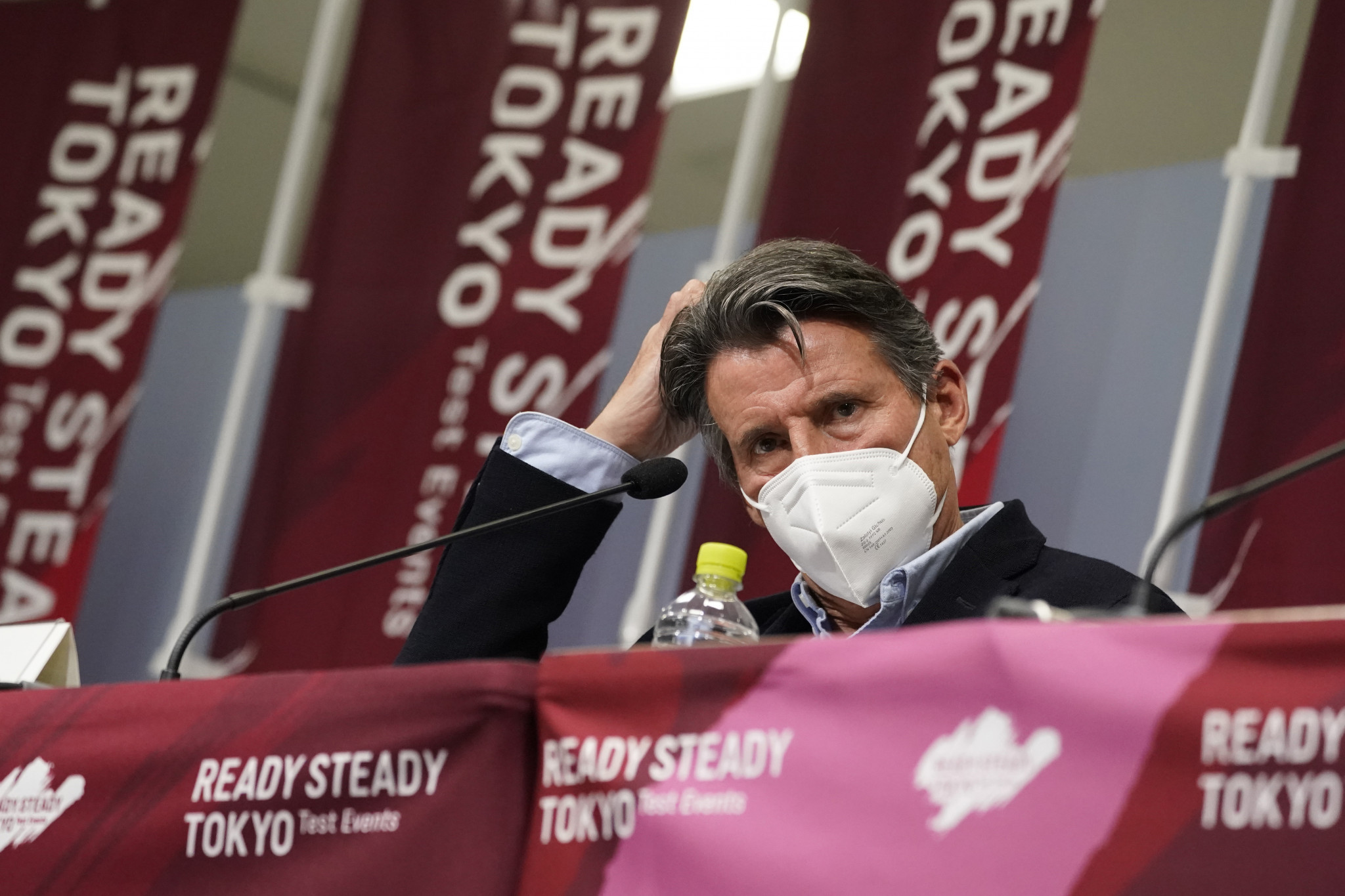 World Athletics President Sebastian Coe has expressed confidence that the Tokyo 2020 Olympic and Paralympic Games can be held safely after claiming participants will be "hermetically sealed from local people".

Coe, the chairman of the London 2012 Olympics and Paralympics, visited both Sapporo and Tokyo earlier this month.

Sapporo held the test event for the Tokyo 2020 Olympic marathon, with the event having been moved to the city in 2019 amid concerns over the summer heat in the Japanese capital.

Coe then travelled to Tokyo for the Ready Steady Go athletics test event at the National Stadium, which involved 420 competitors including nine foreign athletes.

Writing in the Daily Mail, Coe said the test events had demonstrated how the Olympic and Paralympic Games can go ahead.

Coe, a member of the Tokyo 2020 Coordination Commission, said the World Athletics team were tested for COVID-19 on arrival and the following day after being confined to a bubble in their hotel.

Only when negative results were produced were officials able to conduct their duties, where they were only allowed out of the hotels to travel to the test events.

"This is how it will be when the Games take place,” Coe wrote in the Daily Mail.

"We know already there will be no overseas visitors, sponsors will be few and far between and hospitality will be pared back or scrapped completely.

"Those working on the event from abroad, including the athletes and coaches, will remain hermetically sealed from local people."

Public support for the Games in Japan remains low amid concerns over Japan's low vaccination rate, the spread of new variants and the state of emergency in place in Tokyo and other prefectures.

Tokyo is to remain under a state of emergency until at least the end of the month due to rising COVID-19 cases.

Another 101 deaths related to the virus were also reported in the Olympic and Paralympic host country yesterday.

Coe admitted more could have been done to reassure the public about the safety of the Games.

The World Athletics President noted the return of other sporting events which had not turned into "super-spreaders", but said organisers should not be cavalier in their attitude.

"The former politician in me says that we in the Games ecosystem need to show empathy to those communities who are nervous about an influx of athletes, coaches and support staff," he said.

"And I have to say that has not always been messaged as sympathetically as it might have been.

"In press conferences in Japan I was asked pretty much the same question: should the Games go ahead? My answer was an unequivocal ‘Yes’.

"Yes, because I believe they can be delivered safely and securely for the local communities and the athletes."

The International Olympic Committee has cited the 12 recent Tokyo 2020 test events, where only one positive COVID-19 case was recorded, and backing from the World Health Organization (WHO) for the countermeasures that will be implemented at the Games among reasons for optimism ahead of the event.

The IOC and Tokyo 2020 recently published the second edition of the "playbooks", which will guide how participants behave during the Games.

The Olympics are scheduled to be held from July 23 to August 8, followed by the Paralympics from August 24 to September 5.