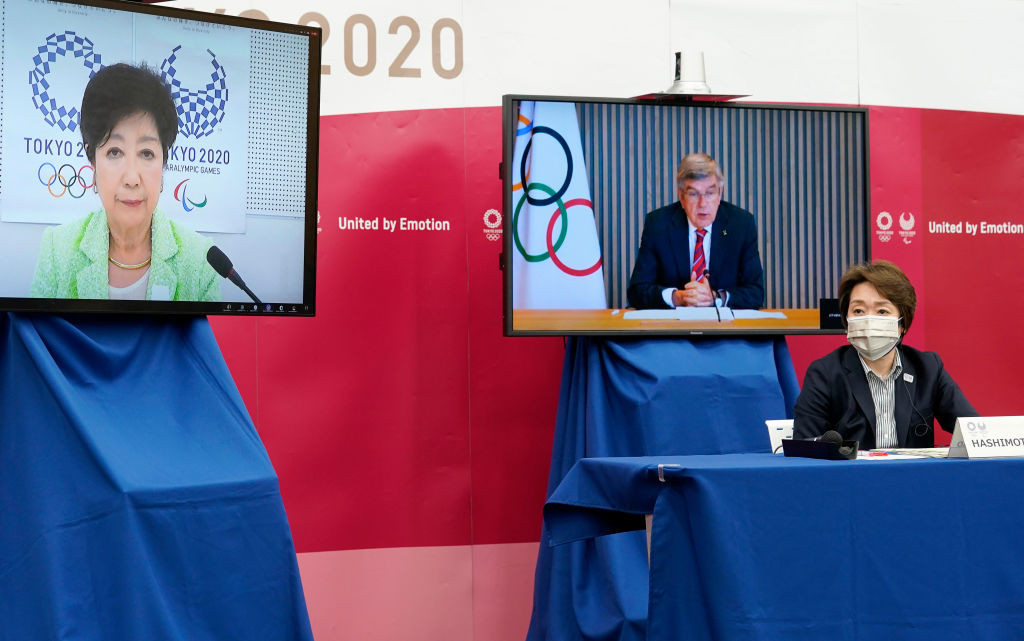 Organisers of the postponed Tokyo 2020 Olympics and Paralympics have confirmed all athletes will be tested for COVID-19 daily as part of coronavirus countermeasures set to be in operation at the Games.

The daily saliva testing for athletes and all those with close proximity to competitors will "minimise the risk of undetected positive cases that could transmit the virus", organisers said in a joint statement following a five-party meeting between Tokyo 2020, the IOC, IPC, Japanese Government and Tokyo Metropolitan Government.

The rules in the second edition playbook are more stringent than the first version, which said athletes would be tested at least once every four days.

Its release comes amid rising concern over the fate of the Games in recent weeks following a surge in COVID-19 infections in Japan and countries including India and Brazil.

Tokyo is among the Japanese prefectures under emergency measures to combat the spike in coronavirus cases, set to be in place until May 11.

Public opposition to the Olympic Games, scheduled to open on July 23, also remains high in Japan because of the global health crisis.

Athletes who test positive will be prevented from competing at the Games, as outlined in the first playbook in February, and have again been warned that a failure to comply with the measures could result in being stripped of their accreditation.

The IOC has vowed to "ensure no-one is excluded from the Games" because of false positives - where a test incorrectly shows someone has the virus.

Participants other than athletes will have to quarantine at their accommodation for three days after arriving in Japan.

Olympic and Paralympic competitors will be able to train during this period providing they have tested negative each day or "operate under a higher level of supervision by Tokyo 2020".

Other measures unveiled in the updated playbooks including reducing contact within one metre of Games participants who have already been in Japan for more than 14 days, and Japanese residents.

Organisers have also issued further guidance on who will be defined as "close contacts" at the Games.

Those who have "prolonged contact (for 15 minutes or more) with a person who has a confirmed positive COVID-19 test, within one metre, without wearing a face mask" will be deemed close contacts.

Athletes who come into close contact with a positive COVID-19 case are set to only be cleared to compete once they themselves have registered a negative test.

Participants will also only be able to eat in designated areas, such as their hotel restaurant, venues and their room, during the entirety of the Games.

All those attending the Games will have to fill out a mandatory written pledge confirming they will adhere to the rules in the playbook, along with proof of a negative test, before they are allowed into Japan.

The latest document also provides further details on the "COVID-19 liaison officers", who will be appointed by the respective National Olympic Committee or National Paralympic Committee.

They will be responsible for submitting the activity plan participants must fill out for the first 14 days of their stay in Japan, as well as being the point of contact in case of a positive COVID-19 test or an athlete from their country developing symptoms.

All athletes will receive a smartphone manufactured by Samsung - a top-tier sponsor of the IOC - on arrival at the Athletes' Village as all participants will be expected to have health reporting applications installed as part of the playbook measures.

Organisers said the playbook has been "significantly updated in order to address the emergence of new mutant coronavirus strains and the evolving situation of the pandemic".

"We are confident that compliance with these regulations will ensure the safety and security of athletes, Games officials and spectators, as well as the people of Tokyo, other host locations and Japan," the statement added.

Christophe Dubi, the IOC's executive director for the Olympic Games, has warned further restrictions could be imposed in the third and final version of the playbook, set to be published in June.

"If it takes more restrictive measures than now, then it shall be," Dubi said.

The full playbook can be read here.