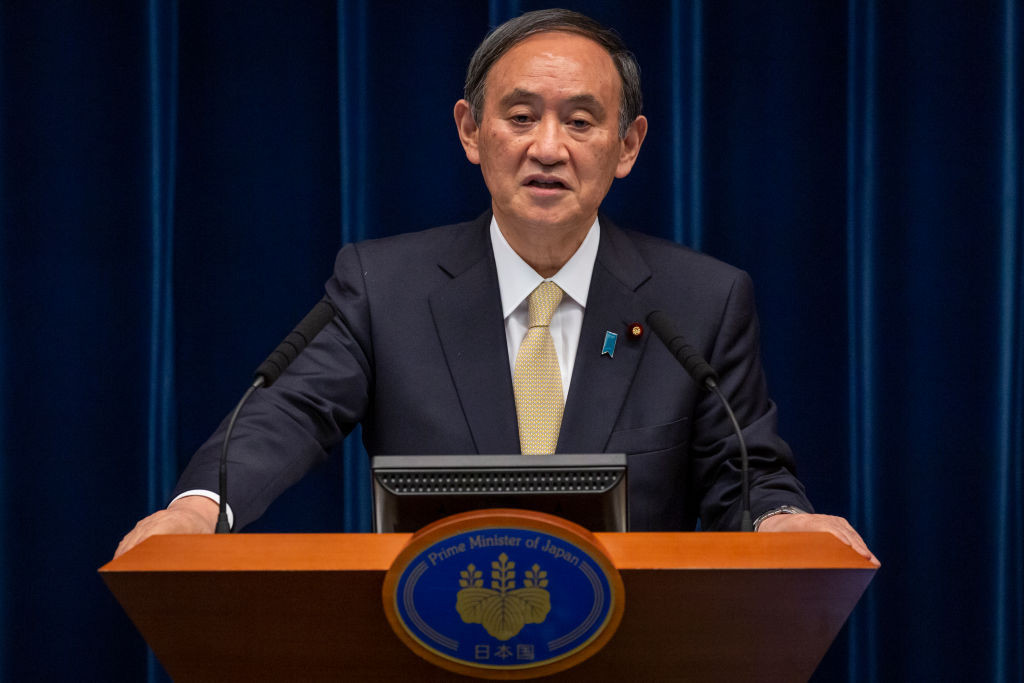 A state of emergency has been declared in Tokyo less than three months before the scheduled opening of the rearranged 2020 Olympic Games in a bid to curb a rise in COVID-19 infections during Japan's Golden Week holidays.

Japanese Prime Minister Yoshihide Suga has also imposed the emergency measures, which include banning fans from attending sports events and preventing bars and restaurants from serving alcohol, in the western prefectures of Osaka, Kyoto and Hyogo.

The tougher restrictions will be in place until at least May 11, with the Golden Week set to run from April 29 to May 5.

"We will implement short and intensive measures during Golden Week, strengthening steps related to eating establishments and temporarily halting the flow of people," said Suga.

Under the emergency measures, eating establishments will be asked to close by 8pm, while shops and cinemas will be temporarily closed.

Tokyo Governor Yuriko Koike said she will also ask smaller businesses such as gyms to shut.

Nippon Professional Baseball has decided to hold all matches in the affected areas behind closed doors until the state of emergency lifts next month.

Japan's legislation does not allow for the hard lockdowns that were put in place across Europe and other countries in an attempt to reduce the infection rate, but businesses who fail to adhere to the restrictions could be fined.

Cases have been rising across Japan in recent weeks, leading to renewed speculation over whether the Tokyo 2020 Olympics and Paralympics will go ahead.

The spike in infections has forced organisers to delay a decision on spectator limits at Tokyo 2020 venues until as late as June, a month before the July 23 Opening Ceremony.

The Olympic Torch Relay will not be run on public roads in Miyakojima on May 2, as had been planned, and a celebration in the city has been called off because of the health situation.

International Olympic Committee (IOC) President Thomas Bach said this week the state of emergency would not affect the Games.

"We were informed there might be another state of emergency declared in Tokyo," he said after the IOC Executive Board meeting on Wednesday (April 21).

"We understand that this would be a proactive measure for the Golden Week holiday with which the Government is aiming to prevent the spread of infection.

"This measure would be in line with the very diligent approach we see taken by Japanese authorities."