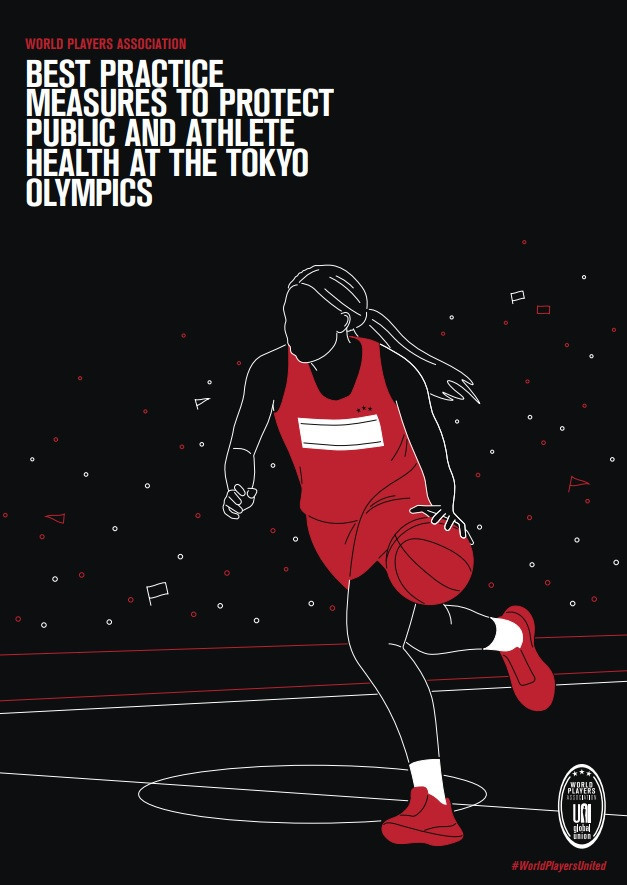 The calls come as the group - which brings together 85,000 athletes from more than 100 player associations in over 60 countries - released its best practice guidelines to protect the health of the public and athletes at the Games.

Having a "plan B", ensuring there are no waivers for participants, implementing full and comprehensive insurance, carrying out safe international travel arrangements and conducting daily PCR testing for COVID-19 are among the WPA's examples of best practice outlined in the document.

The WPA has also called for hotel isolation facilities with a "proper level of care and comfort" for athletes, tailored treatment and rehabilitation programmes and on the ground mental health support.

Other best examples include a centralised acquisition and distribution of masks, individual rooms for athletes, modifications to all indoor environments and a substantial revision of traditional game and competition formats with scheduling flexibility.

The WPA insists "no expense should be spared" in ensuring the necessary athlete and public health measures are in place.

It also highlights three "fundamental issues" which it believes must be addressed.

Among those include not undermining global efforts to contain and address the virus, impose measures to protect athlete and public health at the Games and ensuring the integrity of athlete competition at Tokyo 2020.

"Since the pandemic began, player associations throughout the world have negotiated and implemented comprehensive return to play protocols," said Brendan Schwab, executive director for the WPA.

"Where players and athletes have been effectively represented, these protocols have enabled sport to proceed as safely as possible.

"On the other hand, player and athletes without effective representation have been exposed to unacceptable risks.

"The IOC and the organisers of the Games have both the opportunity and responsibility to work with the players and deliver international best practice at the Games.

"Embracing this will help build the trust and confidence athletes in particular require for a safe and successful Olympics."

The WPA acknowledges the Tokyo 2020 organisers face several challenges including new and more infectious variants of the virus, ongoing cancellations and postponements of sporting events and issues connected to the global vaccine roll-out.

It claims that even when athletes may be able to get vaccinated, the highly variable status of inoculation and vaccine type at national levels means "vaccination cannot be used to dispense with the best practice measures required at the Games".

"The IOC, local organisers, public authorities, International Federations and National Olympic Committees each owe athletes a duty of care and must take all steps to fulfil their responsibilities through rigorous and well-resourced measures," said WPA vice-president Jonas Baer-Hoffman.

The WPA claims it represents athletes who will be competing at the Games including in football, basketball, rugby, handball, cycling and volleyball.

Terri Jackson, member of the WPA Executive Committee and executive director at the Women's National Basketball Players Association, boasted that the organisation had many which went an entire season without recording any positive cases after "following the science and listening to experts".

"The measures we sought to implement provide a benchmark for all sporting competition - but we are all still learning and the Games being the pinnacle of global sport should be committed to taking these practices to an even higher level," added Jackson.

"All steps necessary must be taken to not only prevent the Games from becoming a super-spreader event but to ensure they are as world class off the court as the players are on the court."

Tokyo 2020 organisers and the IOC have insisted the Olympics, due to open in less than 100 days' time on July 23, and Paralympics will take place as planned.

They are relying heavily on COVID-19 countermeasures and strict rules outlined in the "playbooks", set to be updated with further guidance on April 28.

Fans from overseas have already been banned while organisers are considering whether to permit Japanese spectators for the Games.

The WPA's full best practice guidelines can be found here.