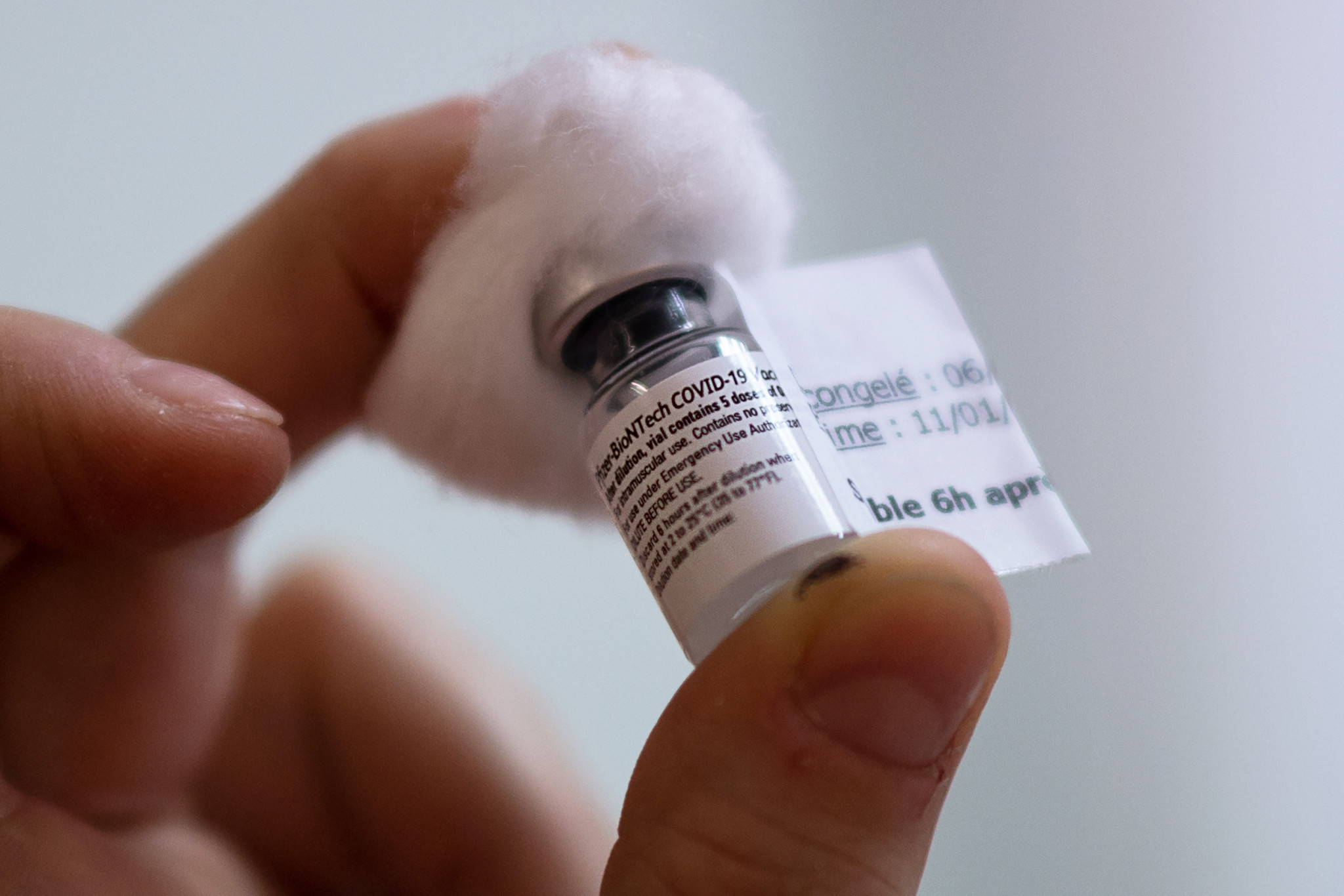 The International Olympic Committee (IOC) has expressed its commitment to having as many foreign participants as possible vaccinated for COVID-19 before Tokyo 2020.

Senior International Olympic Committee (IOC) member Richard Pound yesterday claimed prioritising athletes for the COVID-19 vaccine would be the "most realistic way" of ensuring the Games take place this year.

"In Canada where we might have 300 or 400 hundred athletes - to take 300 or 400 vaccines out of several million in order to have Canada represented at an international event of this stature, character and level - I don't think there would be any kind of a public outcry about that," Pound told Sky News.

"It's a decision for each country to make and there will be people saying they are jumping the queue but I think that is the most realistic way of it going ahead."

The IOC has repeatedly said it would not jump the queue ahead of those who need a vaccination most.

IOC President Thomas Bach in November encouraged athletes to have a COVID-19 vaccination before the postponed Tokyo 2020 Olympics but insisted it would not be an entry requirement for the Games.

He said this would be a "free decision" for athletes and others involved in the event, but said they should do so as a "sign of respect" for other competitors and the host nation.

The IOC has suggested it will shoulder some of the costs for vaccinating participants at Tokyo 2020.

"The IOC continues to support the vaccination of those in need, high-risk groups, nurses, medical doctors and everyone who is keeping our societies alive as a priority,” an IOC spokesperson told insidethegames.

"This was also emphasised by Mr Pound.

"As far as the Olympic Games are concerned, the IOC and the Tokyo 2020 Organising Committee have been following the principle that has driven all their decisions so far, which is to organise Games in a safe environment for all those involved."

The IOC said vaccines "are obviously a very important element" of the "toolbox" of COVID-19 countermeasures set to be in place at Tokyo 2020.

"The IOC has sent a clear message from the beginning that there will be no obligation to get vaccinated.

"At the same time, the IOC and the International Paralympic Committee are fully aligned in their commitment to have as many foreign participants as possible vaccinated before the Games.

"The IOC will work with the National Olympic Committees to encourage and assist their athletes, officials and stakeholders to get vaccinated before they go to Japan.

This is, of course, to contribute to the safe environment of the Games, but also out of respect for the Japanese people.

"They should be confident that everything is being done to protect not only the participants, but also the Japanese people themselves.

"Athletes are important role models, and by taking the vaccine they can send a powerful message that vaccination is not only about personal health, but also about solidarity and consideration for the wellbeing of others in their communities."

Canadian Olympic Committee (COC) secretary general David Shoemaker said it was working on the assumption vaccines will not be available to its athletes prior to the Games.

We don’t yet know what Japan or the IOC will require but we continue to plan for the Tokyo Olympics on the assumption that vaccines won’t be available to our athletes prior to the Games.

"Frontline workers and vulnerable individuals must continue to have prioritised access to Canada’s supply of COVID-19 vaccines,” Shoemaker said.

"We don’t yet know what Japan or the IOC will require but we continue to plan for the Tokyo Olympics on the assumption that vaccines won’t be available to our athletes prior to the Games.

"We’re working hard to safeguard the health and safety of Canada’s athletes, but when it comes to COVID-19, we’re all Team Canada."

British Olympic Association (BOA) chief executive Andy Anson said it was hopeful its athletes could be considered for vaccines ahead of the Games.

"The priority has to be the people who need it most; front line workers, the elderly and the vulnerable,” Anson said.

"There will come a time, hopefully ahead of the Olympic Games when the athletes can be considered for vaccination, but we'll only do that when it's appropriate.”

The Olympic Committee of Israel (OCI) last month recommended that its athletes receive a COVID-19 vaccination for the Tokyo 2020 Olympics to safeguard them.

Tokyo 2020 and the International Olympic Committee (IOC) have been boosted in recent weeks by the development of the vaccines by Pfizer, Moderna and the University of Oxford.

Some countries, such as the United States, United Kingdom and Israel have begun rolling out vaccines.

According to Reuters, Japanese approval of the Moderna vaccine is considered unlikely until May.

Masayuki Imagawa, the head of the Japan vaccine business for Takeda Pharmaceutical, told Reuters a Japanese trial of the vaccine is due to begin this month.

Imagawa said securing approval in May was “the best case scenario”.