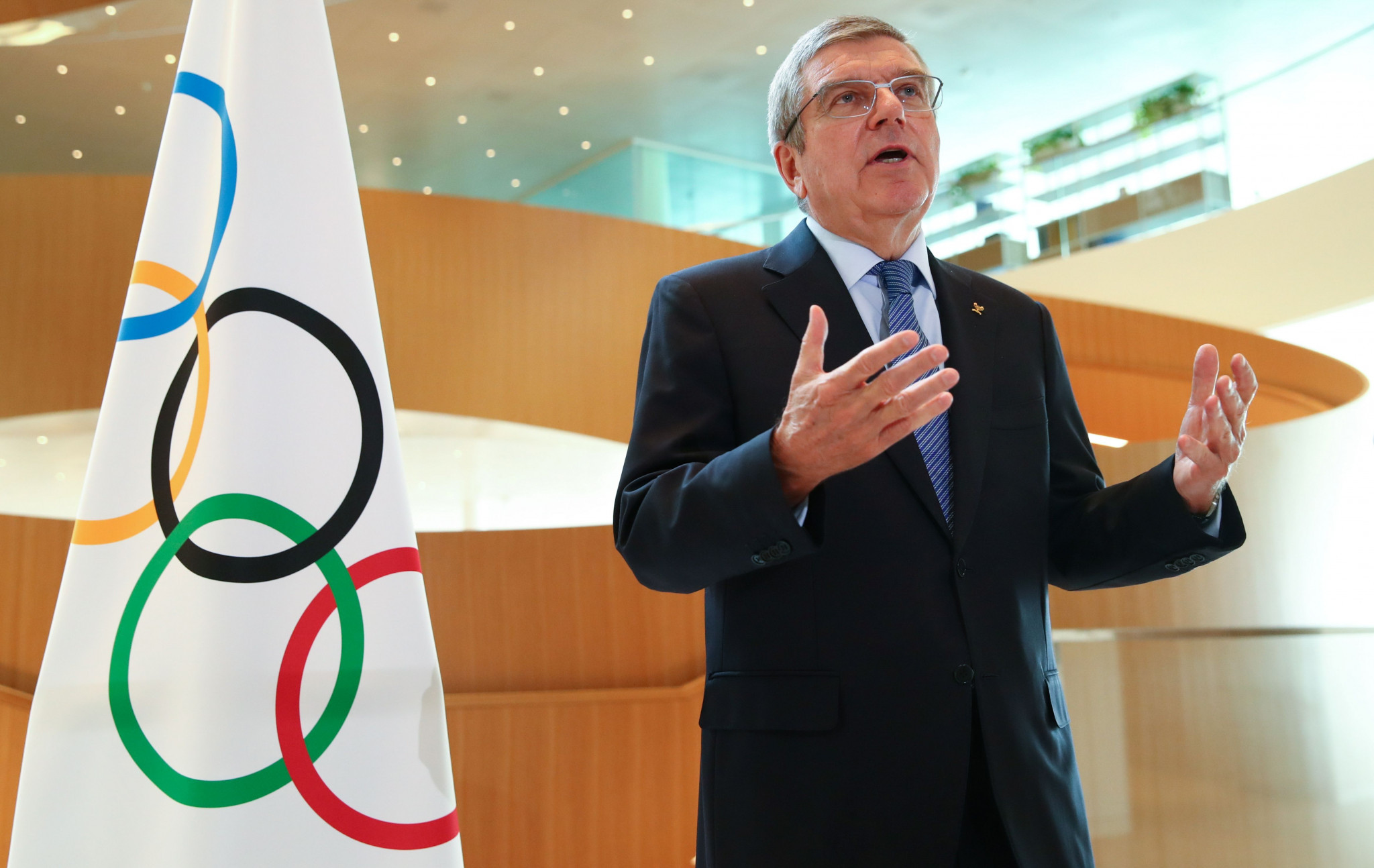 Thomas Bach believes Tokyo 2020 will be the "great comeback festival of sport" as the one-year-to-go milestone until the postponed Olympics is marked today.

The International Olympic Committee (IOC) President insisted that organisers will make adaptions to combat the coronavirus situation by the time of the Games next year.

Bach delivered a video message to mark the countdown to the postponed Games, which were initially scheduled to open tomorrow in the Japanese capital.

Japanese Prime Minister Shinzō Abe and Bach agreed to the postponement in March, due to the COVID-19 pandemic.

Doubts still remain over next year's Games, however, with the pandemic causing social and travel restrictions across the world.

Sporting events have been impacted, although several competitions have now resumed behind closed doors or with restrictions on spectators.

Bach offered an upbeat message to mark the one-year-to-go countdown.

"With only one year to go, a mammoth task still lies ahead of us," Bach said.

"I would like to thank our Japanese partners and friends, headed by Prime Minister Abe Shinzō, Tokyo 2020 President Mori Yoshirō and Governor Koike Yuriko, and the athletes, all the Summer Olympic International Federations, the NOCs, TOP Sponsors and rights-holding broadcasters.

"Without their solidarity and support, we could not have taken this historic joint decision to postpone the Tokyo 2020 Olympic Games.

"I am deeply impressed and grateful for the extraordinary progress already being made in the preparations since the joint postponement decision.

"This milestone of one year to go is a very significant one, for sport but also for the worldwide society.

"It can and will be the great comeback festival of sport to the international scene.

"We are preparing for this in the one year which remains to make these Olympic Games a real great festival of hope, resilience and of solidarity.

"These Olympic Games, Tokyo 2020 in 2021, can, should and will be the light at the end of the tunnel that all humankind is in at this moment.

"We are living a period of great uncertainty.

"Then at the end of this very difficult period for humankind, the Olympic Games can be a great symbol of hope, optimism, of solidarity and unity in all of our diversity."

The coming months are expected to see Tokyo 2020 coordinate with partners towards a basic agreement of service levels, while they will install countermeasures for challenges caused by the postponement.

Countermeasures are likely to be a key area amid ongoing concern over the coronavirus pandemic's possible impact on next year's Games.

Bach said the IOC and Tokyo 2020 would adapt to the circumstances of the coronavirus crisis at the time of the Games.

He stressed that the health of participants was the top priority for organisers.

"This is a mammoth task because we cannot prepare Olympic Games as we are used to," Bach said.

"In fact, we have to prepare for multiple scenarios of Olympic Games.

"We have to take all of this into account – what could happen, what may happen.

"We have established one principle, first of all.

"This is the top priority – the Olympic Games will respect and safeguard the health of all of the participants.

"From this principle arrives the different scenarios.

"We want to prepare these Games, adapt it to the circumstances of the crisis at the time, while ensuring for everybody the Olympic spirit, because this is what makes the Olympic Games so unique, uniting the entire world.

"This spirit has to be and will be reflected.

"All the adaptations we may have to make will not affect venues, sports or the athletes, so we can give the athletes the stage to shine that they deserve."

Both Tokyo 2020 President Yoshirō Mori and Bach have expressed hope the Games will take place with spectators, although the possibility of the Olympics being held behind closed doors has not been ruled out.

Tokyo 2020 has achieved one of its early tasks following the postponement, after it was announced last week that all 42 venues required to host the Games had been secured.

This followed agreements being reached for the Athletes' Village and the Big Sight, the venue for the International Broadcasting Centre and Main Press Centre

The competition schedule for the Games in 2021 will remain the same with the Olympics scheduled to take place from July 23 to August 8 next year.

The IOC has also launched a #StrongerTogether campaign, which it says will recognise "the importance of solidarity and unity during these difficult times, acknowledging the power of sport, and in particular the Olympic Games, to bring people together".

The Olympic Flame will lead the day's activities, showing the "resilience and strength" of the athletes as they continue to prepare for the Games.

"Today, the world's National Olympic Committees and their athletes mark one year to go to the Olympic Games Tokyo 2020, a Games that is set to be an unprecedented celebration of unity, solidarity and humanity," he said.

"We look forward with hope to a Games that will not just showcase sport at its very best but also our collective resilience and determination to overcome our current challenges.

"There is no doubt that the challenges the world is facing are severe and that for many nations there remains a long road ahead.

"But during times like these it is more important than ever that we are united and look forward with purpose and optimism.

"Over the last few months we have seen some of the best of humanity and been reminded that there is more that unites us than divides us.

"We have witnessed how the Olympic values continue to connect us and that sport continues to play a critical role in our health and happiness.

"As a member of the medical community this role of sport in the protection of health is an area I am particularly focused on.

"We have faith in the IOC and its partners in Japan to do everything possible to deliver a safe, secure and sustainable Olympic Games in 2021.

"While there will be simplifications to the Games, as a member of the Coordination Commission, I have no doubt that Tokyo 2020 will deliver the perfect environment for NOCs and their athletes to compete.

"I will continue to work to ensure that the NOC voice is represented throughout the next year's preparations.

"For the next year is just as much about our shared journey ahead, as it is about the destination.

"ANOC will continue to do everything possible to support NOCs during this journey, through sharing resources and facilitating the exchange of ideas and best practice.

"We know we are stronger together and it is by helping each other we can accelerate our recovery.

"One year from today, I hope we will have reached our destination and the athletes from the world's 206 NOCs will be preparing to take part in an historic Opening Ceremony in Tokyo.

"But I know that the journey to get there will have connected us in so many ways and brought us together in solidarity, long before the Games are declared open."