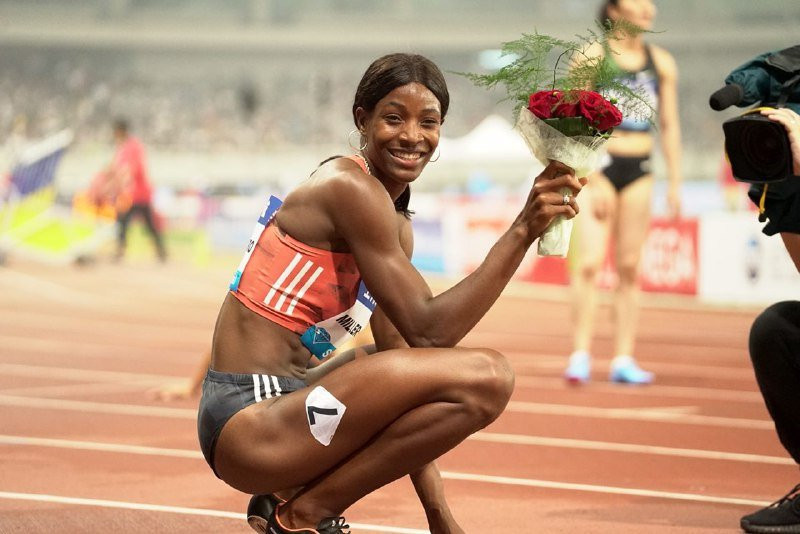 Olympic 400 metres champion Shaunae Miller-Uibo has said she may not defend her title at Tokyo 2020 as the schedule makes it difficult to also run in the 200m.

The Bahamian has been the fastest women over both 200m and 400m over the past two years, and won the Olympic title over one lap at Rio 2016.

She has requested adjustments to the schedule to allow her to attempt the 200m/400m double in Tokyo, something that has been allowed in the past for American sprinters Michael Johnson and Allyson Felix, as well as French legend Marie-José Perec.

However, to date there has been no word from the International Olympic Committee to suggest this request will be granted.

At present, the women's 200m final at the postponed Games next year is scheduled on the same day as the 400m heats, August 4.

Miller-Uibo famously became the 400m Olympic champion in Rio when she dived for the line to claim gold ahead of Felix in a photo finish.

"As it is now, the schedule isn't set-up for me to do two events, so I would have to choose one event and we're leaning more toward the 200m seeing that we already have the 400m title," the 26-year-old said to the Bahamas Guardian.

"We wanted to do both – I wanted to go after the 200m title and I also wanted to defend my 400m title, but the way the schedule is set-up, it would be difficult to do both.

"It's been that way for a few years now.

"When they didn't change the schedule, we had to make some decisions – nothing is finalised as yet, but that's the way it is right now."

"We have made an appeal to have the schedule changed," Bahamas Olympic Committee President Romell Knowles said.

"To come from such a small island and to get an opportunity to be among the best in the world in both the 200m and 400m is just phenomenal.

"The precedent has already been set and we would just like to be given that opportunity, it means so much to a little country like ours that has produced such great athletes."