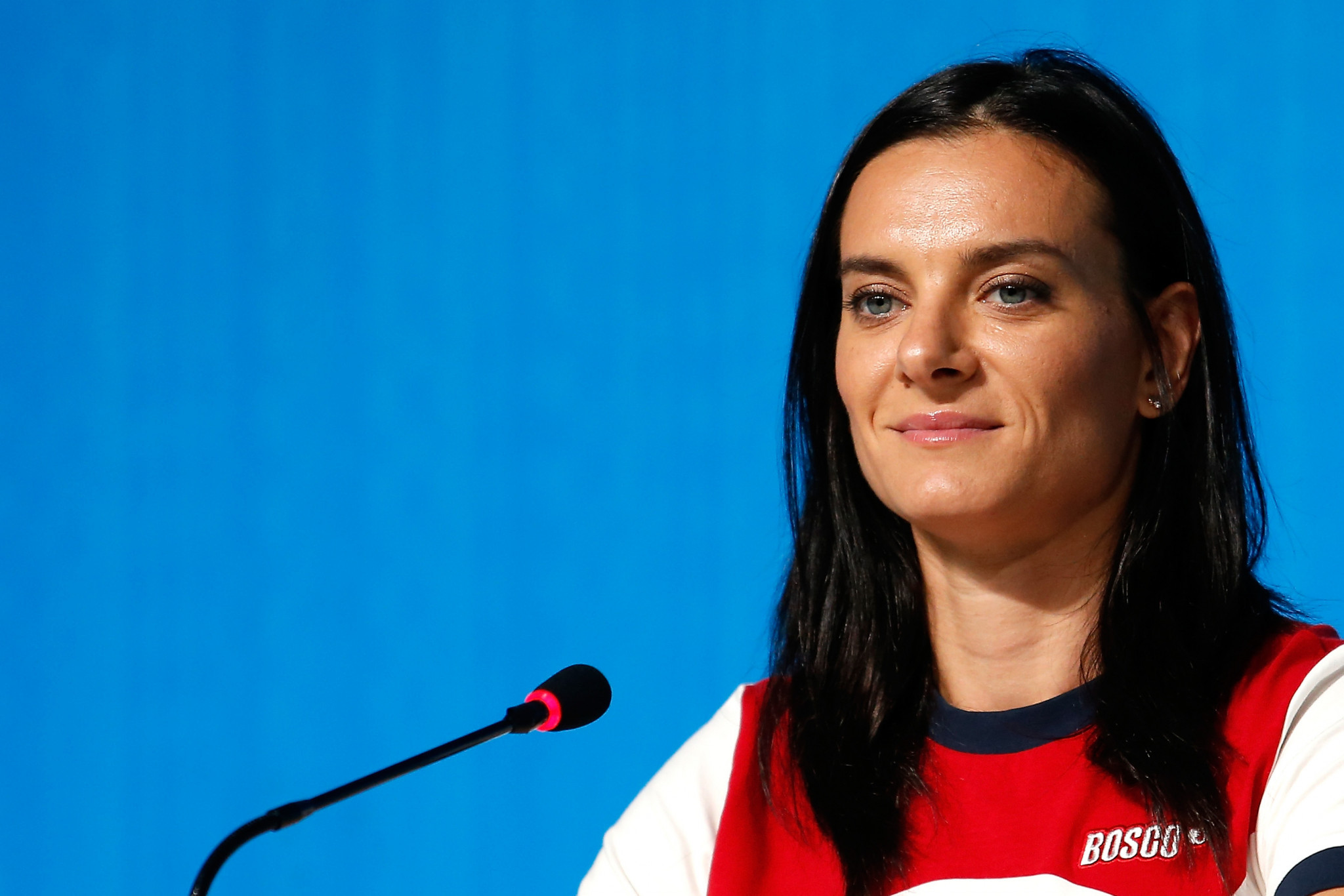 Isinbayeva published the letter, signed by her and other "clean" Russian athletes, on Instagram.

The letter comes after a number of Russian athletes also wrote to the country's President Vladimir Putin, urging him to intervene in the dispute between World Athletics and RusAF.

They warned Putin that Russian athletics is "on the verge of disaster", with a July 1 deadline for RusAF to pay half of a $10 million (£8 million/€9 million) fine looming.

Should payment not be made, the Authorised Neutral Athlete (ANA) process which allows certain Russian athletes to compete under a neutral banner will be suspended.

In the letter addressed to World Athletics President Sebastian Coe, IOC President Thomas Bach and Association of National Olympic Committees Acting President Robin Mitchell, Isinbayeva claimed that the suspension would be a "gross violation of the sporting principle and the rights of pure athletes."

"In our opinion, the punishment should be borne by the Federation, not by the athletes," she said.

"Depriving us of the opportunity to perform at international competitions is an unacceptable and excessive punishment, applying the principle of collective responsibility, forcing us to bear responsibility for the misdeeds of third parties.

"We ask you to support us and help to protect the rights and interests of Russian athletes in their desire to compete honestly and openly, strengthening the position of pure sport."

‼️Друзья, давайте спасём нашу ЛЕГКУЮ АТЛЕТИКУ вместе!?? ⠀ ☝?Это открытое письмо от чистых и честных легкоатлетов нашей страны международному сообществу. Очень надеемся, что оно будет подхвачено мировой общественностью и СМИ. Нельзя допустить повторение сценария 2016 года, когда мы были лишены участия на Олимпийский играх в Рио, за ошибки, совершенные определенной группой безответственных лиц. Нельзя допустить вновь, коллективную ответственность, за так называемое «Дело Лысенко». ⠀ Понимаю сегодня суббота и особого желания напрягаться нет, но только вместе и сообща мы сможем хоть что-нибудь изменить к лучшему... ⠀ ‼️Dear friends, let's save our athletics together!?? ⠀ ☝?This is an open letter from clean and honest athletes of our country to the international community. We very much hope that it will be picked up by the world public and the media. We cannot allow a repeat of the scenario of 2016, when we were denied participation in the Olympic games in Rio, for mistakes made by a certain group of irresponsible individuals. Collective responsibility for the so-called "Lysenko Case"cannot be allowed. ⠀ I understand that today is Saturday and there is no special desire to strain, but only together and we can at least change something for the better... ⠀ #cleansport#justice#worldathletics#чистыйспорт#справедливость

World Athletics imposed an ANA cap of 10 athletes for major events, including the Tokyo 2020 Olympic Games, on Russia when it resumed the process in March and announced the fine, which stems from an investigation concerning high jumper Danil Lysenko.

Seven RusAF officials - including then-President Dmitry Shlyakhtin - were charged by the Athletics Integrity Unit (AIU) with obstructing an anti-doping investigation into Lysenko by forging documents to explain missed tests.

She missed out on competing for a third Olympic title at Rio 2016 due to Russia’s suspension.