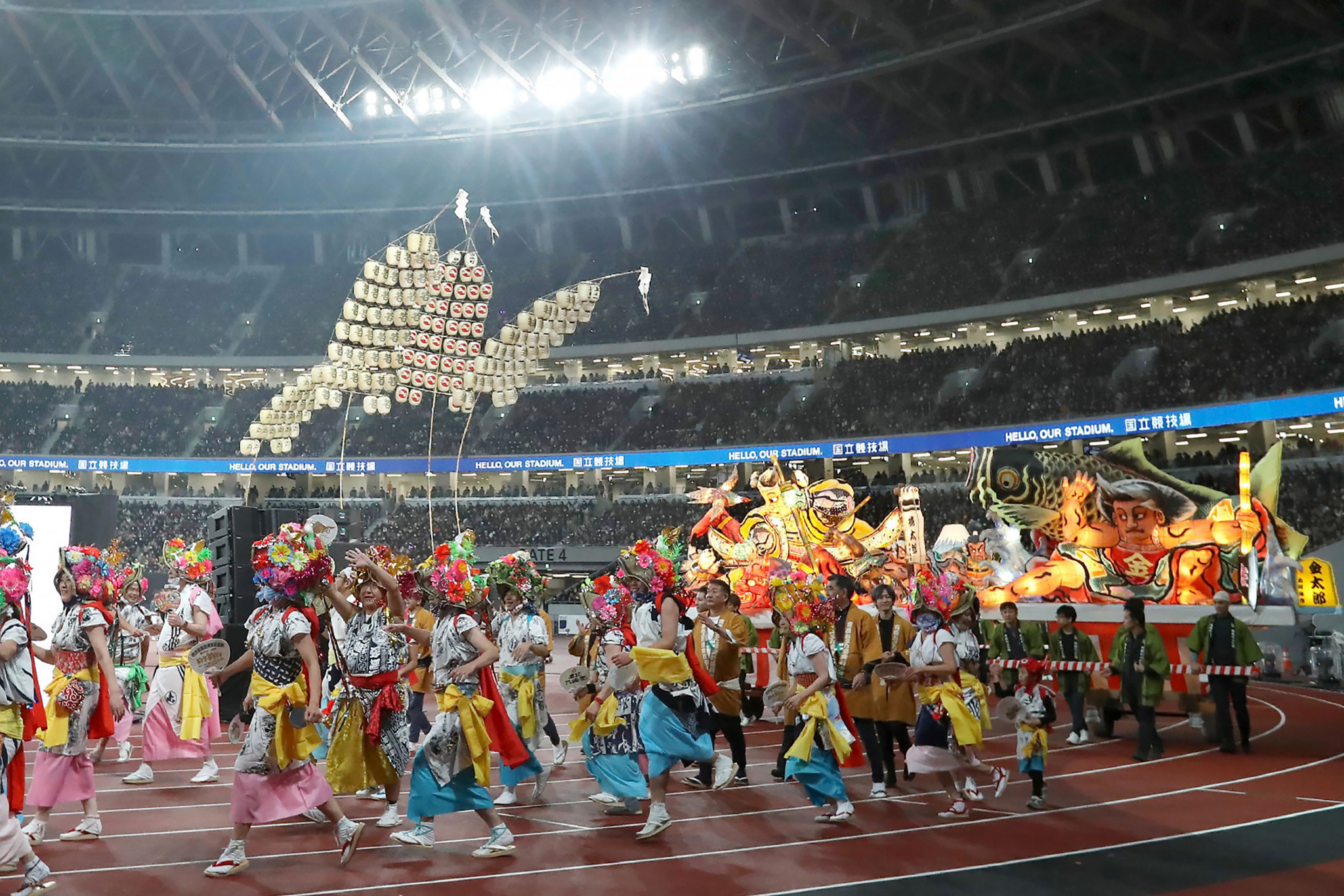 Construction work on the new 60,000-capacity venue was completed on November 20.

The inauguration event, which had been titled "Hello Our Stadium", allowed members of the public to test out the track at the Stadium.

A total of 2,020 people were selected following a draw to complete a lap of the track.

The event was started by Kengo Kuma, the Japanese architect in charge of the project.

Building firm Taisei Corp and design firm Azusa Sekkei Co had collaborated with Kuma on the Stadium, where construction began in December 2016.

Bolt participated in a combined relay event with Olympic and Paralympic athletes.

"It was a great experience being in here and running in front of so many people," Bolt said, according to Reuters.

"I was happy and excited because I won’t be getting to compete at the Olympics so the fact that I got to run on the track was an experience in itself.

"I am actually in pain right now from the little run I just did."

Britain's Paralympic stars Hannah Cockroft and Jonnie Peacock were among the oversees representatives, along with The Netherlands' Marlou van Rhijn, the United States' Jarryd Wallace and Raymond Martin.

An small Opening Ceremony sought to give a flavour of Japanese culture, while further sport stars were also present.

The venue will host athletics competition during the Games, as well the Opening and Closing Ceremonies of the Olympics and Paralympics.

It meant construction began about 14 months later than planned, after the original design by the late Iraqi-British architect Zaha Hadid was discarded following a public outcry.

The Emperor's Cup football final on January 1 is scheduled to be the first public sporting event held at the venue.