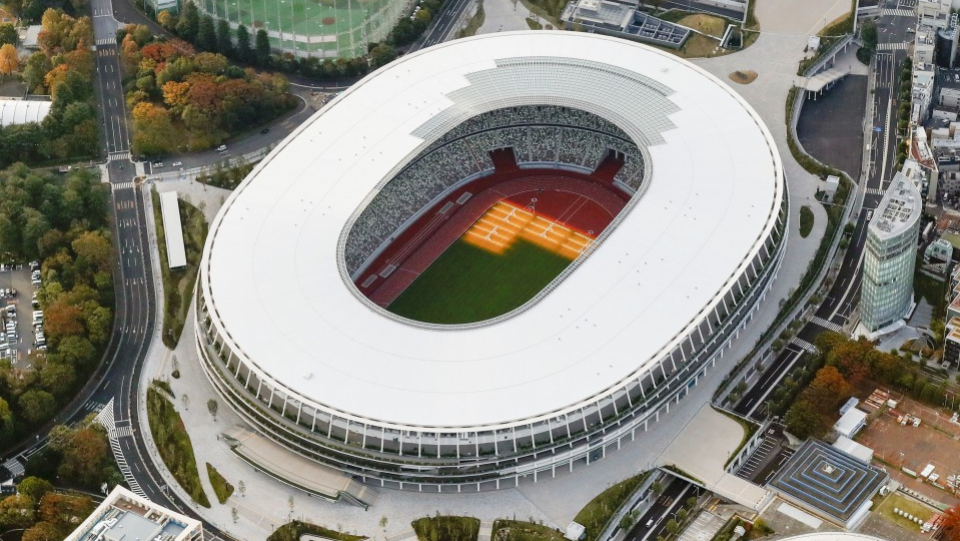 Construction work on the new National Stadium, the main venue for the 2020 Tokyo Olympics and Paralympics, has been completed at a final cost of ¥157 billion (£1.2 billion/$1.4 billion/€1.3 billion), the Japan Sport Council (JSC) announced today.

The 60,000-capacity Stadium is due to host the Opening and Closing Ceremonies of the Olympic and Paralympic Games, as well as athletics.

The Stadium is due to be officially handed over to the JSC at noon on November 30 following a final inspection.

It meant construction of the Stadium began about 14 months later than planned after the original design by the late Iraqi-British architect Zaha Hadid was discarded following a public outcry over the spiraling cost.

The delay also meant it could not host matches during the 2019 Rugby World Cup in Japan, including the final held earlier this month.

A special inauguration event is due to take place at the Stadium on December 21.

The JSC has revealed that the inauguration event - titled "Hello Our Stadium" - will tie together sport, music and culture.

Jamaica's eight-time Olympic champion Usain Bolt will be among a series of Olympic and Paralympic athletes participating in a unique relay, dubbed "One Race".

The Emperor's Cup soccer final on January 1 is scheduled to be the first public sporting event held at the venue.

Japan's Education Minister Koichi Hagiuda has announced that the Government has decided not to draw up a plan to privatise the new Stadium post-Games until after the autumn in 2020.

According to Hagiuda, the privatisation scheme has been pushed back for security reasons, as detailed architectural drawings of the Stadium cannot be shown to potential bidders for the time being.

After undergoing renovations, the stadium is scheduled to start commercial operation in the second half of 2022.