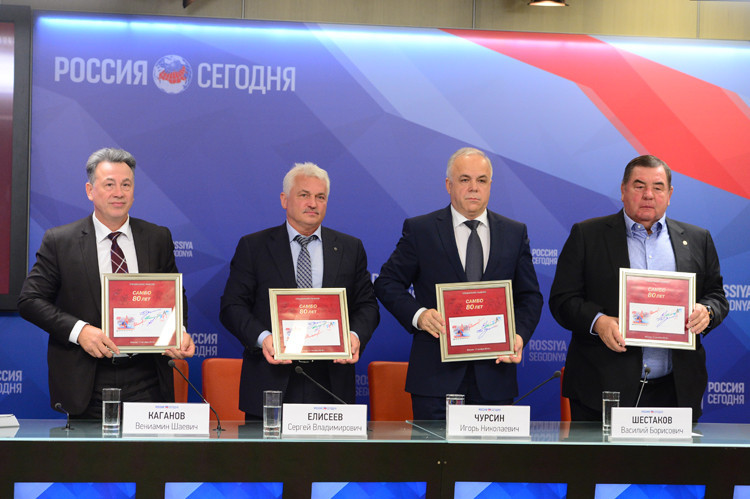 A ceremony has been held in Moscow to mark the cancellation of a stamped postal envelope dedicated to the 80th anniversary of the sport of sambo.

Envelopes were issued in a total circulation of one million copies.

A demonstration of sambo technical actions is used as a stamp design.

Among those in attendance at the ceremony was International Sambo Federation President Vasily Shestakov.

"Sambo is undoubtedly a martial art that promotes the values of fair competition, equality and clean sport," Shestakov said.

"They are exploring its wide opportunities."

Shestakov was joined at the event by Igor Chursin, deputy head of the Russian Federal Communications Agency, as well as Sergey Eliseev, President of the All-Russian and European Sambo Federations, and Veniamin Kaganov, Assistant Deputy of the Russian Prime Minister.

Chursin said he was confident the envelope would take a worthy place in the collection of Russian and foreign stamp collectors.

The official birth date of sambo is considered to be November 16, 1938.

It was then that the USSR Sports Committee included sambo on the list of sports cultivated in the Soviet Union.