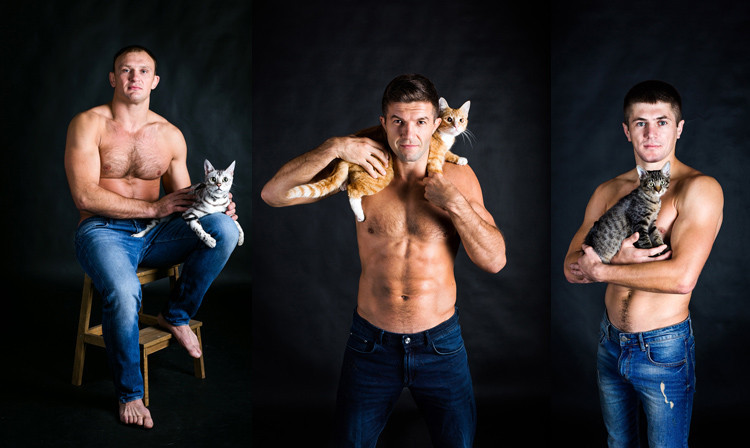 Belarussian sambo athletes have taken part in a photo-shoot with cats to mark World Animal Day.

The project was run by photographer Victoria Aniskevich-Klopotskaya, who is married to sambo world champion Ivan Aniskevich, and features male sambists posing topless with kittens.

"The project idea was born a year ago, when I saw a calendar of American firefighters with animals from a shelter," she said.

"I've got an idea to create a calendar of our own, the one with our sambists."

Aniskevich-Klopotskaya said the project became possible thanks to a chance meeting outside an animal shelter, while she hopes it can help the athletes become known outside of just the sambo community.

"By chance, I met Maria Logovskaya when I brought a kitten from an animal shelter to a photo-shoot at her studio," she said.

"I shared this idea with her, and she most kindly offered a photo studio for our project in the run-up to the World Animal Day."

World Animal Day is celebrated annually on October 4 and was established by the International Animal Protection Congress in 1931.

The day aims to draw attention to the issue of animal welfare across the globe.