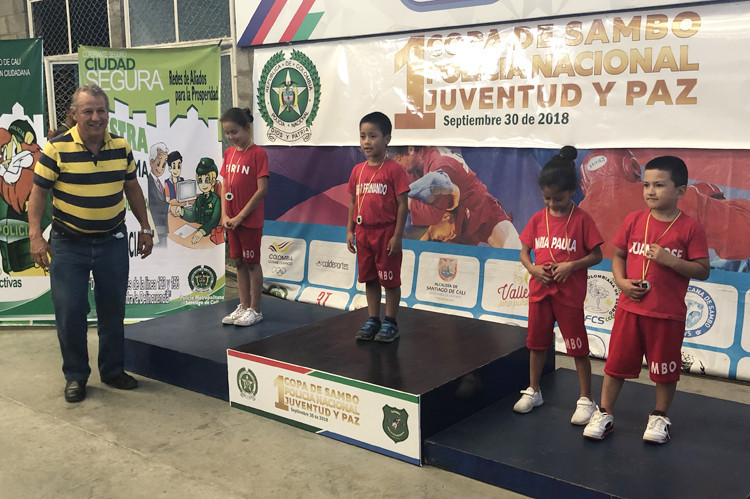 The Colombian Sambo Federation (CSF) has reached an agreement with the national police of Colombia in a bid to tackle drug abuse among schoolchildren, the body has announced.

As part of the deal, the Federation will hold sambo tournaments for youngsters as part of "proactive measures" to prevent drug abuse at schools, colleges and universities.

The first "Youth and Peace" tournament was held on September 30 in Cali, at the Palace of Martial Arts.

A second tournament has been scheduled for early December at the same venue, CSF President Omar Lopena confirmed.

In attendance at the event were representatives from the local Government and police, while a training session for young referees was also held.