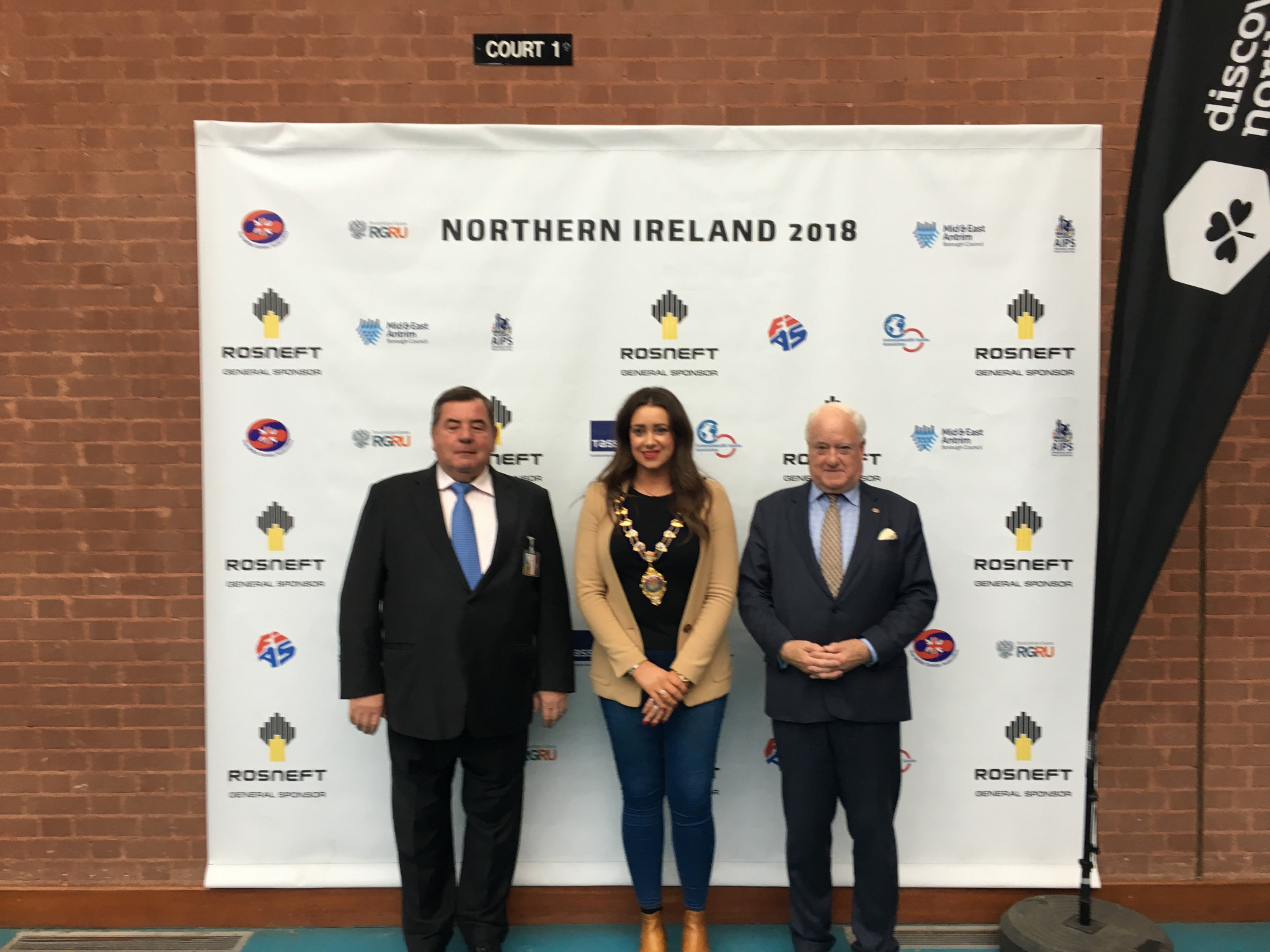 The President of the International Sambo Federation (FIAS) Vasily Shestakov has said he expects to see athletes from Great Britain winning World Championship medals in the sport "in a couple of years" after watching the President's Cup here in Ballymena today.

The sport's President made the comments during a speech at today's event, in which he said he was impressed with the organisation and vision within Federations across the country.

"I had a chance to speak with different people from Great Britain who are developing sambo here and I have a very good impression of them," he said.

"In a couple of years, I expect to see athletes from here in Great Britain winning medals at the President's Cup and even at the World Sambo Championships."

Bryan Creighton won one of them representing England in the men's 62 kilogram class, while Paul Rodgers, also from England, grabbed one in the 82kg event and Sammy Tufts got one for Northern Ireland in the 100kg.

Then, in the team competition, Northern Ireland's athletes shared bronze with Cameroon.

Speaking to insidethegames, Shestakov said he felt it is important to hold events in smaller towns like Ballymena, to help promote the sport.

"Of course I think sambo should be developed, not just in the big cities but also in the smaller ones," he said.

"Today I had a meeting with the President of the Northern Ireland Sambo Federation and I was surprised and very glad to hear his plans and his excitement about future work, and I am sure that with hard work and interest, that sambo in Northern Ireland will develop very well so it will not just be England and Scotland, but now Northern Ireland as well."

They beat a joint team of the United States and Canada in the final 6-1.