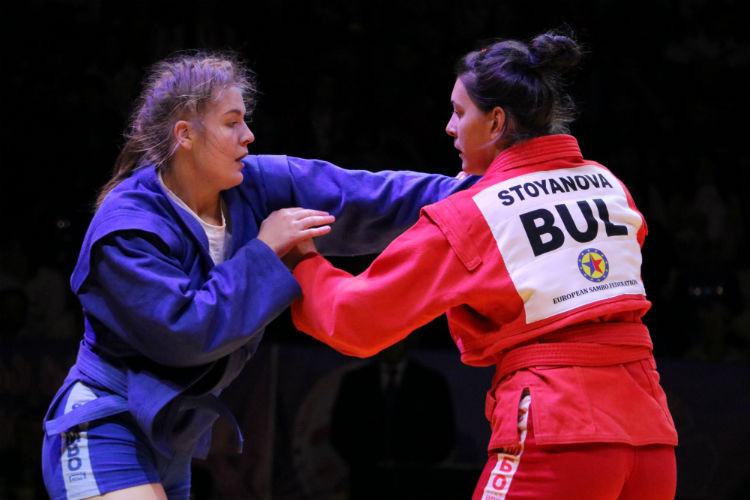 Russia’s domination of sambo appears likely to continue well into the future after the country claimed 27 of the 40 gold medals on offer at the 2018 World Youth and Junior Championships in Georgia’s capital Tbilisi.

The Russians performed particularly strongly in the women’s youth categories, winning nine of the 10 titles up for grabs at the Olympic Palace.

There were victories for Anastasiia Kirillova at 40 kilograms, Iuliia Trigubova at 44kg, Kseniia Khalturina at 52kg, Ekaterina Tsybert at 56kg, Valentina Ostapets at 60kg, Anastasiia Goncharova at 65kg, Ekaterina Mytareva at 70kg, Anastasiia Chernenok at 75kg and Albina Cholombitko at over-75kg.

"I've participated in the Youth World Championships for the fifth time, but this time I was worried more than ever," Mytareva, who beat Mongolia’s Lkhagvadulam Sarantsetseg in her final, said.

"Fortunately, I've managed to win and ahead of time by a submission hold 'elbow lever'.

"This is my signature move and I keep on training it intensively."

The only non-Russian victor was Ukraine’s Alla Beheba, winner in the 48kg division.

In the men’s youth categories, Russia secured six gold medals thanks to the performances of Arman Tovmasian at 56kg, Ivan Agafonov at 65kg, Denis Tikhonov at 70kg, Adam Utsiev at 75kg, Andrei Veselov at 81kg and Ilia Gudin at over-87kg.

Georgia accounted for three of the other four titles with triumphs for Giorgi Mekhrishvili at 48kg, Avto Mukbaniani at 60kg and Gocha Ghvachliani at 87kg.

The junior women’s medal table was headed by Russia with six golds followed by Belarus with two and Romania and Mongolia with one apiece.

Russia also achieved a haul of six golds in junior men’s competition with Georgia second on two and Azerbaijan and Kazakhstan tied for third on one each.