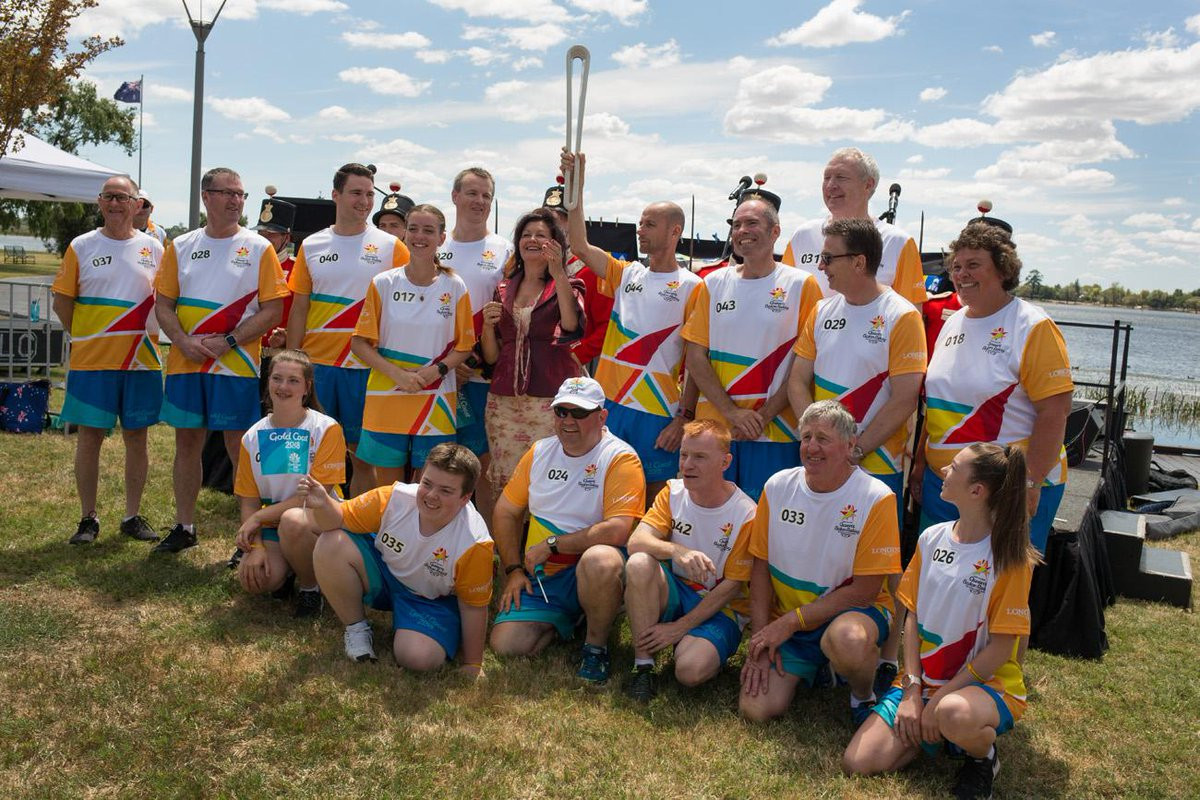 The Gold Coast 2018 Commonwealth Games Queen's Baton Relay reached the halfway stage of its journey around Australia by travelling around Werribee and Ballarat.

The towns are located near 2006 host Melbourne, the last Australian city to stage the multi-sport event.

Several gold medallists from previous editions of the Games were among the Batonbearers on the day, as the 50-day mark of the Australian tour was celebrated.

Madison Robinson, a netball gold medallist at the Glasgow 2014 Commonwealth Games, carried the Baton through the main street in Werribee.

"It's been a great morning meeting all of the Batonbearers in Werribee but also today reminded me the Games are just around the corner," she said.

"Being part of the Queen's Baton Relay today makes it feel real that the Games are coming up in 50 days.

"There is pressure for the Australian netball team to defend the title from the Glasgow 2014 Commonwealth Games, but we have the advantage of playing on home soil, which is the ultimate environment to thrive on with the support from a home crowd backing the team all the way."

Australia feature in Pool A of the netball tournament, where they will face Barbados, Fiji, Jamaica, Northern Ireland and South Africa.

The top two teams will progress to the semi-finals, where they will meet the qualifiers from Pool B, which includes England, Malawi, New Zealand, Scotland, Uganda and Wales.

Kilborn-Ryan won her first two gold medals at the Perth 1962 Commonwealth Games, where she triumphed in the women's 80 metres hurdles and long jump events.

She then went on to win hurdles and relay gold at both the Kingston 1966 and Edinburgh 1970 editions of Games, as well as Olympic silver and bronze at Mexico 1968 and Tokyo 1964 respectively.

Another Australian athletics legend, Steve Moneghetti, then carried the Baton on a lakeside track in Ballarat, which was named after him.

Moneghetti is a four-time Commonwealth Games medallist, with the highlight coming at Victoria 1994 where he earned gold in the marathon.

He had won silver four years earlier at Auckland 1990, along with marathon bronze at Edinburgh 1986.

Gold Coast 2018 will be his ninth involvement at the multi-sport event as either an athlete or official, with Moneghetti set to serve as Australia’s Chef de Mission for a third straight Games.

"The Batonbearers in Ballarat are a humble and modest people who are really excited to be part of the Relay," Moneghetti said.

"For me to be able to share that Commonwealth spirit with them is what the Queen's Baton Relay is about, bringing communities together.

"The Commonwealth Games is where I got my start so I choose to give back so much to the Games.

"Sport is my life and the Commonwealth Games has particularly allowed me to have the environment to foster a career that I love."

The Baton was then taken to Ararat, with Bendigo, Shepparton and Wangaratta set to welcome it tomorrow.

Only 50 days of the Relay remain before the Commonwealth Games Opening Ceremony on April 4 at the Carrara Stadium in Gold Coast.

The Games will run until April 15.