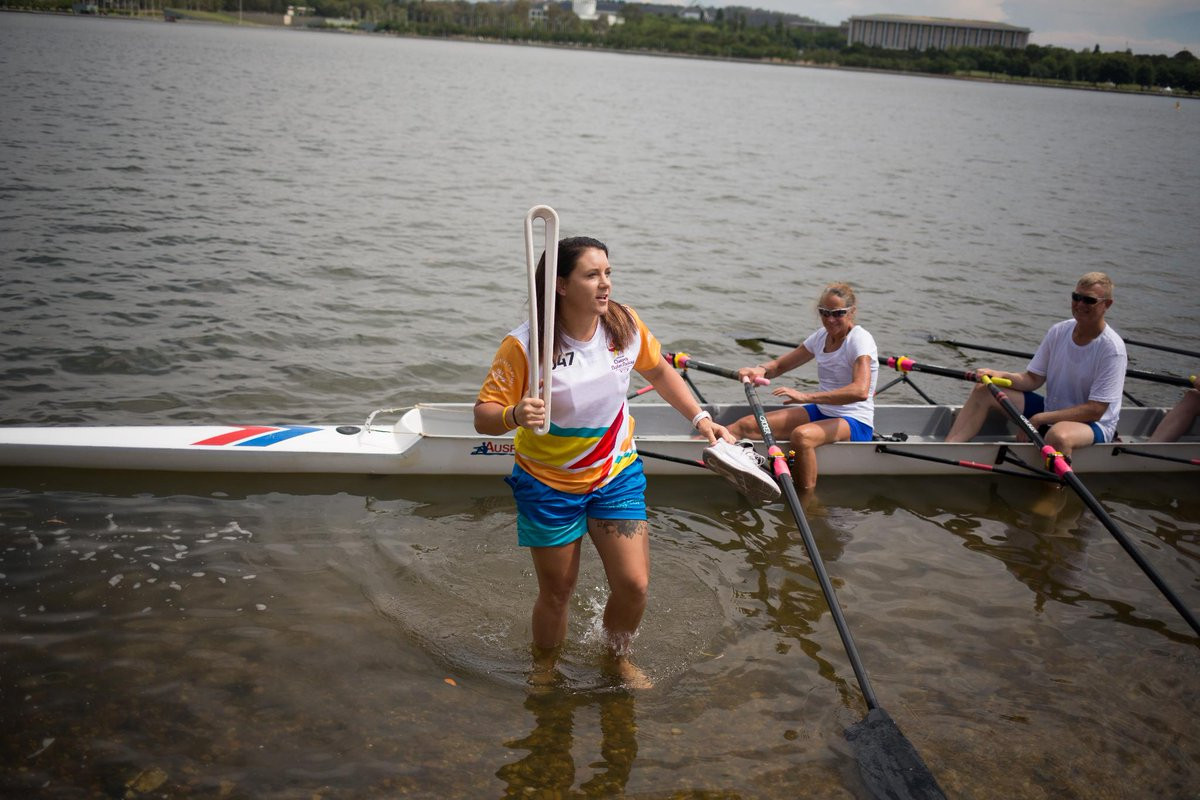 The Queen's Baton for the Gold Coast 2018 Commonwealth Games has arrived in Australian capital Canberra, to kick-off the Nationwide Relay in the host country.

The Relay started at the Australian Institute of Sport (AIS) with two-time Commonwealth Games gold medallist Rob de Castella the first of 61 people to carry the Baton in Canberra.

"It's wonderful and a great honour to start off the nationwide journey of the Queen's Baton Relay," the marathon runner said.

"For me, there is a great connection with the Relay here at the AIS where so much of my running was done, and also with my two gold medals at the Commonwealth Games."

The Baton was then delivered to the National Arboretum by several bearers, including national under-12 judo champion Kai Callaway.

He handed it over to cyclists Lachlan Harrigan and Di Evans.

The Baton also travelled by coxed-quad across Lake Burley Griffin, with Commonwealth Games gold medallist boxer Shelley Watts, who won her medal at Delhi 2010, on board.

Alongside sporting stars, local people who had been nominated by their peers for their contribution to the community were also given the opportunity to carry the Baton.

The day was then brought to a close at the Australian War Memorial.

The Queen's Baton Relay around Canberra will continue tomorrow with a celebration taking place at Commonwealth Park at 5.30pm local time.