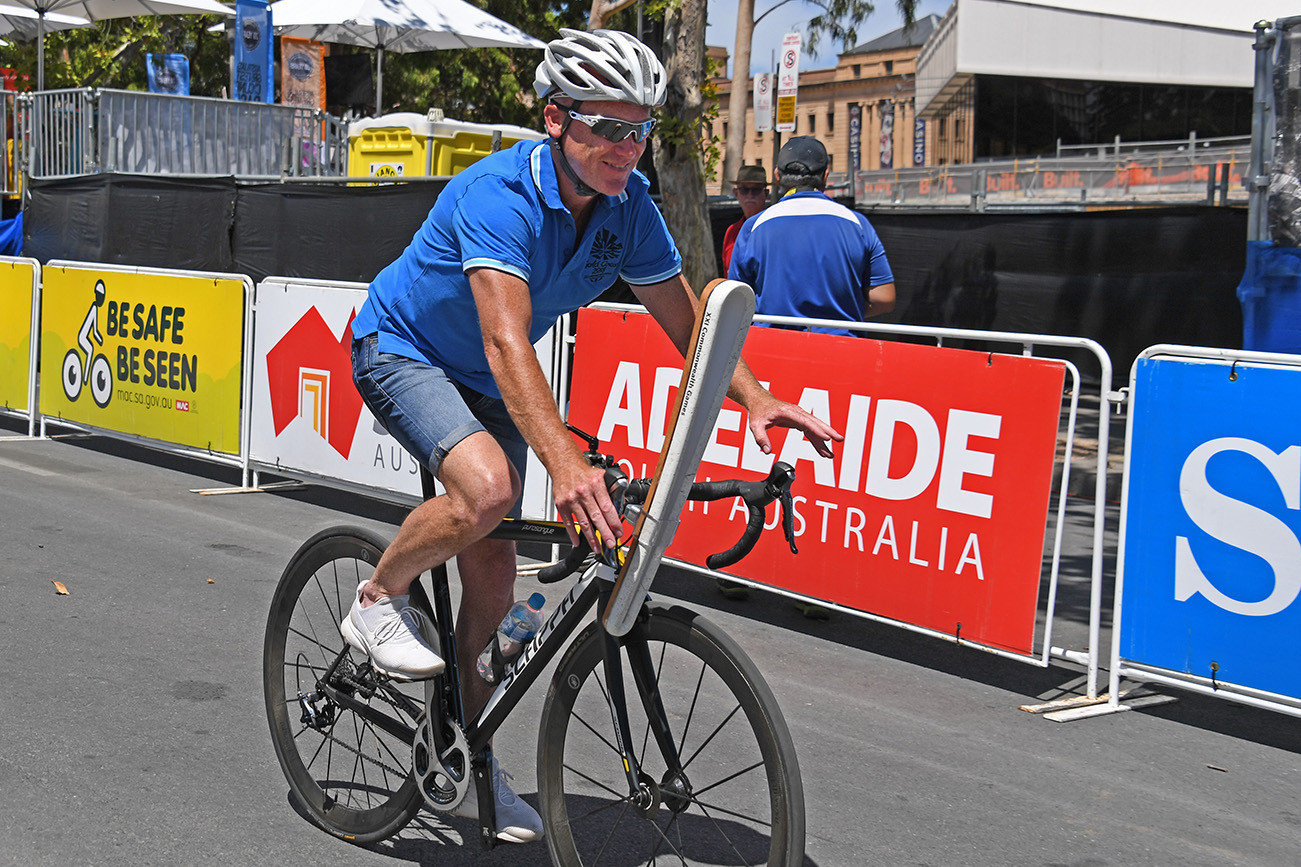 The Tour Down Under became the latest sporting event to welcome the Gold Coast 2018 Queen's Baton as the build-up to the Commonwealth Games continued.

The Baton was carried by Stuart O'Grady, who won the stage race twice during his career, prior to the start of the final day of racing.

O'Grady took the Baton on a 4.5 kilometre loop in Adelaide, with the 44-year-old then reflecting on his previous achievements at the Games.

"The Commonwealth Games certainly mean a lot to me," said O'Grady.

"I have a lot of fantastic memories on the track and on the road and I feel privileged to have done a lap with the Queen's Baton here at the Tour Down Under."

He ended his career with four Commonwealth Games gold medals, winning both the men's scratch race and team pursuit at Victoria 1994.

O'Grady was part of the Australian team which earned team pursuit gold eight years later at Manchester 2002, while he also triumphed in the men's road race.

He also earned two silvers and one bronze at the multi-sport event during his career.

In 2013, O'Grady admitted to having taken EPO before the 1998 Tour de France, a race where he ultimately claimed one of his two stage victories at the Grand Tour.

The Queen's Baton was also taken to the Adelaide Oval RoofClimb by Holly Takos, who represented Australia as a pilot in the women's tandem event.

She is now hoping to achieve selection for the Australian cycling team for Gold Coast 2018.

The Baton is now set to travel to Canberra, where a traditional Relay is expected to take place, featuring local Batonbearers.

Last week, the Baton was welcomed to the Uluru-Kata Tjuta National Park by Uluru's traditional owners, the Anangu.

They greeted the Baton with a traditional inma - a dance and song.

It was claimed the event highlighted the diverse cultures featured across the Commonwealth.

The Commonwealth Games will take place between April 4 and 15.