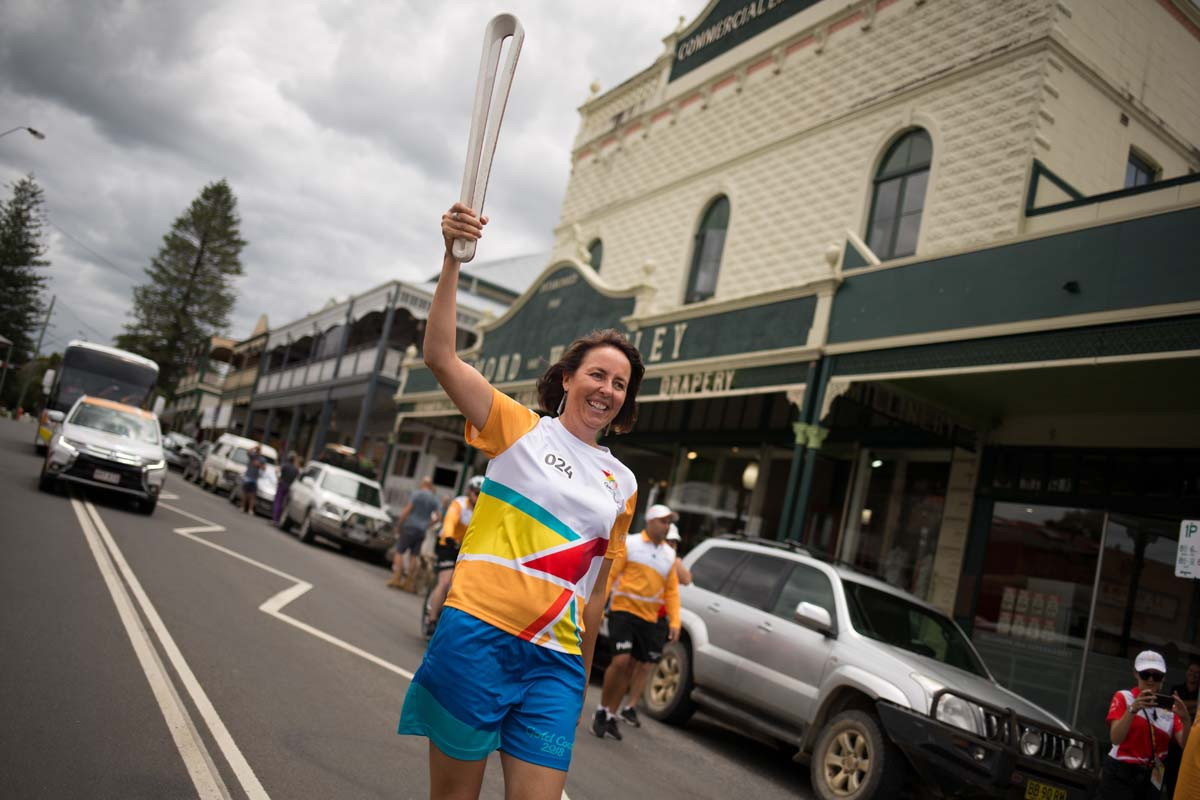 Ellis received the Baton in Bellingen, where she paraded it in front of a crowd, including members of her family.

The 45-year-old enjoyed impressive success at the Commonwealth Games, having been part of the Australian team to earn gold at Kuala Lumpur 1998.

She was also part of the side which defended the title four years later in Manchester, but missed out on her home Games at Melbourne 2006 due to injury.

Ellis, a three-time world champion in the sport, urged athletes to make the most of their opportunities at the upcoming Games.

"My advice for athletes competing at the Gold Coast is just enjoy it," she said.

"After missing the Melbourne 2006 Commonwealth Games due to injury, all I wanted to do was a home Games, so really enjoy it and soak up the atmosphere.

"If you win a medal what a bonus, but what an experience you will have.

"I would love for all the athletes to treasure every second."

The Baton had headed to Bellingen via Armidale, Australia's highest city.

It then travelled to the coastal town of Coffs Harbour in a helicopter, where it was carried in a Relay by 15 Batonbearers, before finishing the day with a community celebration at the City Square.

In total, 44 local legends nominated by their community were part of the Relay during the day.