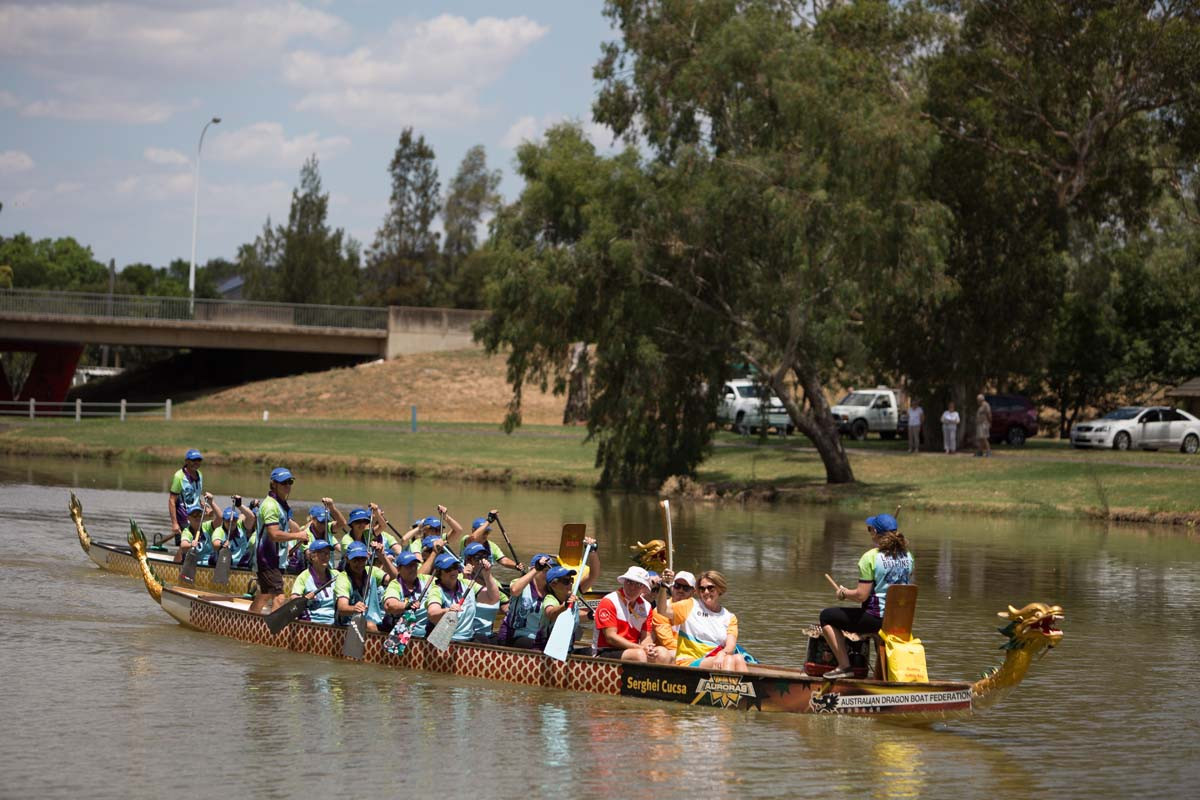 The Queen's Baton making its way towards the Gold Coast 2018 Commonwealth Games travelled by unique modes of transport in the central New South Wales towns of West Wyalong and Forbes.

In West Wyalong, the Queen's Baton Relay started in the heart of town at the McCann Park where 17 local legends got the opportunity to be part of the excitement leading up to April's Games.

Batonbearer Inge Higgins jumped into the passenger seat of a dump truck from the Gold Mine to the Wetlands Boardwalk, sitting high in the air and holding the Baton out the window for all those it passed to see.

"It was unreal to carry the Queen’s Baton," she said.

"I held the Queen's Baton out as far out the window as I could to allow everyone to see it."

Next, the Queen's Baton travelled to Forbes where it set off on a dragon boat, gliding down Lake Forbes with Batonbearer Wendy Green on board who is the founding member of the Forbes Dragon Boat Club.

"It was beautiful, it was a lovely way to look out at the community and it's beautiful too to have the Queen's Baton Relay happening on our lake in Forbes," she said.

The unique modes of transport for the Queen's Baton continued with Ethan Markwort, Parkes Indigenous Young Person of the Year 2016, holding it whilst skateboarding at Forbes Skate Park.

Australian Commonwealth Games sporting royalty also got the opportunity to hold the Baton.

Shooter Phil Adams, who shares the record for the most medals collected by an athlete at the Commonwealth Games with 18, was one of the 14 people nominated to carry the Baton in Forbes.

Continuing its journey around central New South Wales, the Baton then travelled to Parkes.

A community celebration was held at the Parkes Aquatics Centre, which welcomed the final Batonbearer of the day.