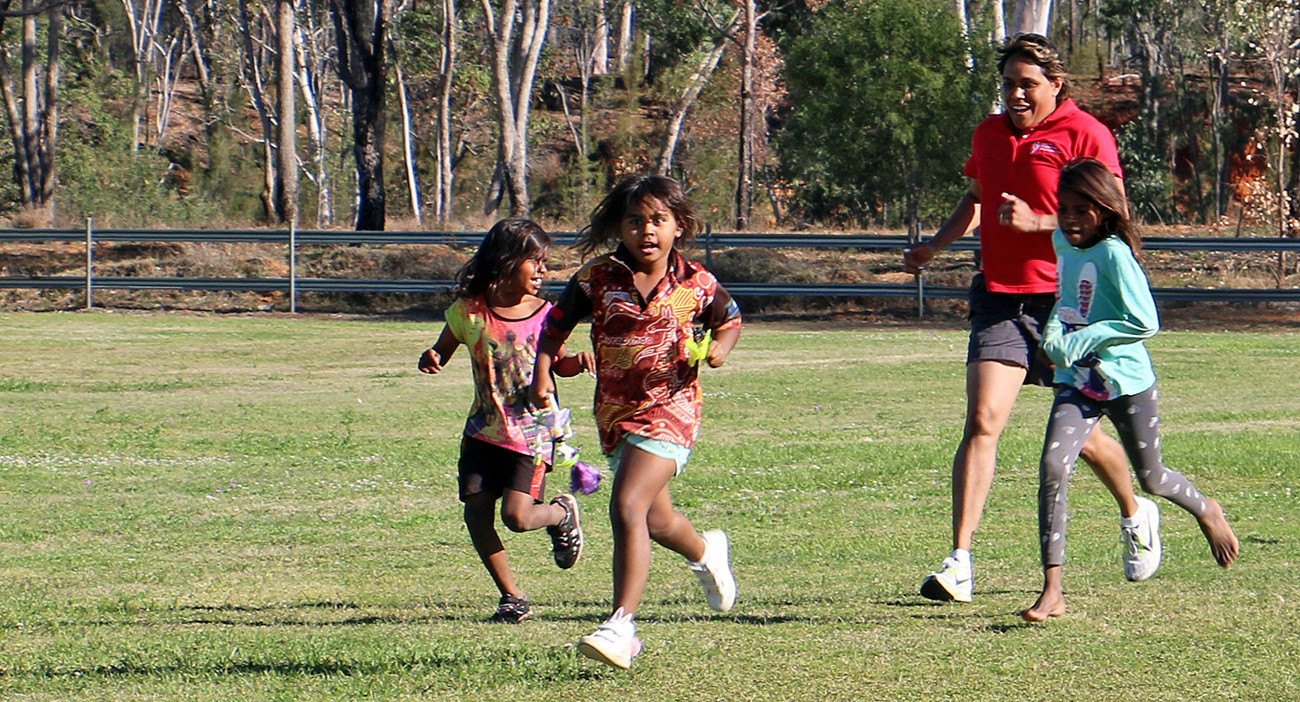 Gold Coast 2018 ambassador Cathy Freeman has claimed the Commonwealth Games could prove a life-changing experience for athletes next year.

The Australian sprinter was officially announced as an ambassador for the Games in May, becoming one of the household names to back the multi-sport event in the Australian city.

She claimed a historic 400 metres gold medal at the Sydney 2000 Olympic Games, four years after winning silver in Atlanta.

It is regarded as one of Australia’s most significant sporting achievements and an iconic Olympic moment.

Freeman was the first female Indigenous athlete to win gold at a Commonwealth Games in 1990, claiming the women’s 4x100m title alongside Monique Dunstan, Kathy Sambell and Kerry Johnson in Auckland at the age of 16.

She is one of just three athletes to have won a Commonwealth Games gold at that age.

The 44-year-old had announced herself as one of the world’s best in 1994 when she won gold in both the 200m and 400m at the Commonwealth Games in the Canadian city of Victoria.

Freeman caused a political storm in her home country when she took her 400m victory lap with the Aboriginal flag draped over her shoulders and then later added the Australian flag.

She claimed the Commonwealth Games proved a vital moment in her career and showed she belonged at the highest levels of the sport.

“That was a big year for me and a real opportunity to tell the world I was here and I meant business,” Freeman said.

“I wasn’t expected to win the 200m which was a nice surprise and I got my first serious world ranking, even in an event I didn’t consider myself too serious in.

“To win the 200/400m double certainly showed I belonged at that level and I believed I did too.

“I also got to share with the world my pride in being an Australian Indigenous person, which has always been important to me.”

The Foundation has been aimed at helping to broaden horizons and inspire indigenous students to experience their full potential in school.

During a visit to schools in Woorabinda, Freeman spent time running with students, who come from an isolated Indigenous community.

She believes the Commonwealth Games could help to inspire young people from different communities.

“Sport is an incredible source of inspiration and it has so much power,” Freeman said.

“I can see it now, whether it is a child watching from an isolated part of Australia, or if they are watching from the stands, it will be a life change of some type happening at these Games.

“It is exciting, these young athletes are so bright-eyed and bushy-tailed and ready to go and it is inspiring to me.

“I guess I get a bit sentimental, us has-beens have been there and done it and see ourselves in these athletes.

“I do get excited about the potential of youth these days.

“And I recognise that it is so character building being in an elite sport and that environment.

“It creates amazing realisation that one can learn things about themselves that last forever.”