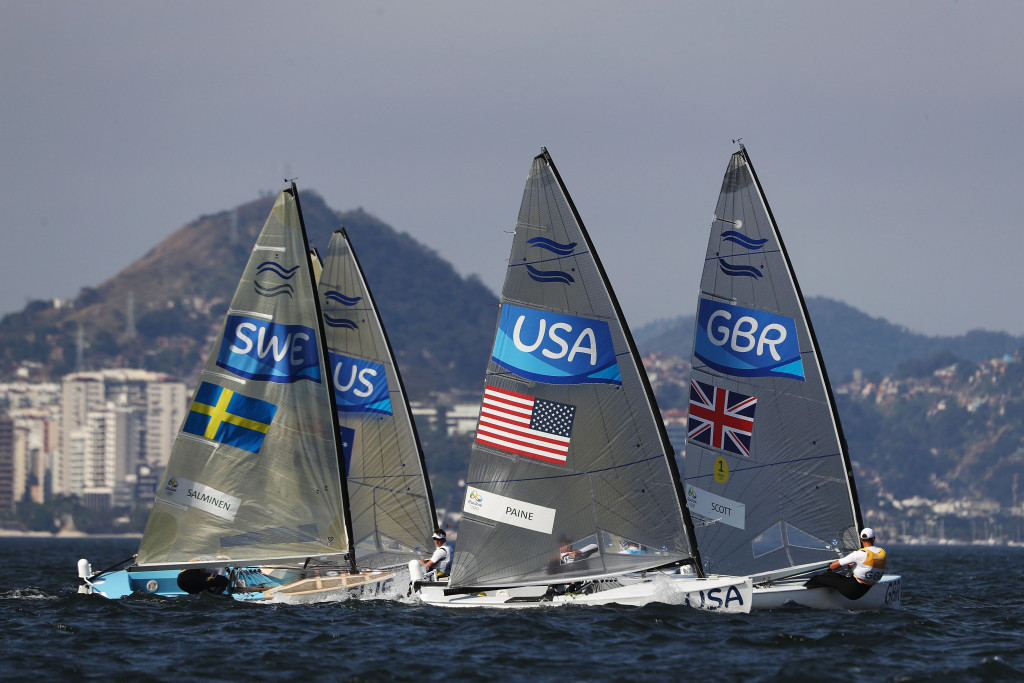 World Sailing has described the International Olympic Committee (IOC) Executive Board's decision to reduce its quota of athletes at Tokyo 2020 by 30 as "disappointing".

The International Modern Pentathlon Union (UIPM) also expressed "unhappiness" at the decision not to add a mixed relay.

"The IOC Executive Board decision to confirm our 10 medal events for Tokyo 2020 but reduce sailing's quota by 30 sailors is disappointing," said World Sailing President Kim Andersen.

"The reduction in sailors will impact our ability to drive the development of the sport in-line with the Olympic Agenda 2020 objectives and we will now need to review the quotas for 2020 and any impact on our event programme and we will discuss this matter further with the IOC over the coming days.

"Our quota proposal to the IOC would have delivered gender equity at a sport level in 2020, supported by proposed development programmes for women sailors in the R:SX and Laser Radial, specifically aimed at increasing the number of nations with women's programmes who would have had a realistic opportunity to qualify for an entry at the Olympic Games."

World Sailing is pleased, though, by the addition of the Foiling Nacra 17 class to replace a mixed multihull category.

They also promised to continue working with the IOC to pioneer "our proposed kiteboarding and offshore showcase events for sailing".

"We respect the decision and recognise that there was strong competition for additional events," said UIPM President Klaus Schürmann.

"At the same time, I speak on behalf of the global UIPM movement by expressing our unhappiness that this opportunity to incorporate a format that was gender-equal and highly compliant with IOC Agenda 2020 been overlooked.

"The mixed relay has already added value to the Youth Olympic Games in 2010 (Singapore) and 2014 (Nanjing) and will do so again in 2018 (Buenos Aires), and it has become a cornerstone of UIPM's global competition programme during the past 10 years."

Weightlifting were the hardest hit, with 64 quotas removed and a men's event cut from the programme.

Boxing were told to cut two men's categories to make way for two extra female ones.

"The International Boxing Federation (AIBA) is proud of the central role it has played in developing women’s boxing and its introduction to the Olympic programme at London 2012, which saw the first gold medals awarded to the superb champions Nicola Adams, Katie Taylor and Claressa Shields, and fully supports the move towards gender equality," they said.

"AIBA’s next step is to convene the expertise of its relevant Commissions in the coming days and open discussions regarding the optimum ways of adapting the competition structure to incorporate these changes.

"The Commissions’ findings will then be presented to the AIBA Executive Committee at its annual meeting in late July."

An Extraordinary Assembly of the International Shooting Sport Federation (ISSF) is taking place in Munich on June 25 amid continuing opposition to the changes.

"“Having been part of the sports programme since the creation of the modern Olympic Games, the ISSF greatly values its partnership with the IOC," said ISSF President Olegario Vázquez Raña.

"Of course we recognize the need to continually improve."

"The IOC encouraged the inclusion of mixed gender team events, and this is the kind of innovation that the ISSF has a proud history of bringing to our sport, like the introduction of finals and electronic scoring."

It means there will be 49 medal events in the sport, one more than athletics.

"After earning a place in the top group of sports at the Olympic Games, thanks to the incredible attractiveness of our competitions shown by TV viewers, the IOC has now rewarded us by giving FINA more events on the programme.

"It is an immense and deeply humbling honour for FINA to have reached the very top.

"The addition of three events for Tokyo 2020 means FINA is well positioned to continue its leadership in terms of broadcast demand and digital interest."

Cycling were perhaps the biggest winners of the changes after two track madison and two BMX freestyle park events were added.

"With competitions across very different disciplines, cycling already makes a large and diverse contribution to the Olympic Games, and now becomes the third largest sport in terms of gold medals, with 22 on offer.

"I am also delighted that we have made another big step towards full gender equity across all of our disciplines."

A mixed triathlon relay was added along with mixed doubles table tennis and mixed team events in archery and judo.

Fencing also received two extra team competitions to end the current practice of two of the six missing out on a rotating basis.

"Mixed team competition echoes the balanced nature of the sport, reflecting the 50-50 split of men and women in the archery competition at the Olympics, and the parity in level between the world’s best men and women in competition," said World Archery President Uğur Erdener, also an IOC vice-president.

"We’re also incredibly excited that archery’s athletes will have the opportunity to contest a fifth gold medal in 2020.

"Table tennis obtained very high television and social media numbers at Rio 2016, so we feel that a fifth gold medal was deserved."

International Triathlon Union President Marisol Casado, who was present for the announcement here, said she was "absolutely delighted with this decision".

She added: "We’ve been pushing for the mixed relays to be included in the programme for quite a long time, as it is an event that gives the sport something very important: a sense of team building.

"But most important, is an event that demonstrates that women and men can compete together but both are equally important to the success of the team."

International Fencing Federation (FIE) President Alisher Usmanov said that the "biggest dream of many generations of fencers is now achieved".

"From the very beginning, I had set this goal as my main priority as FIE President," he added.

"The IOC decision is the most important recognition of our long-term efforts to improve fencing, to make it more visible and popular."