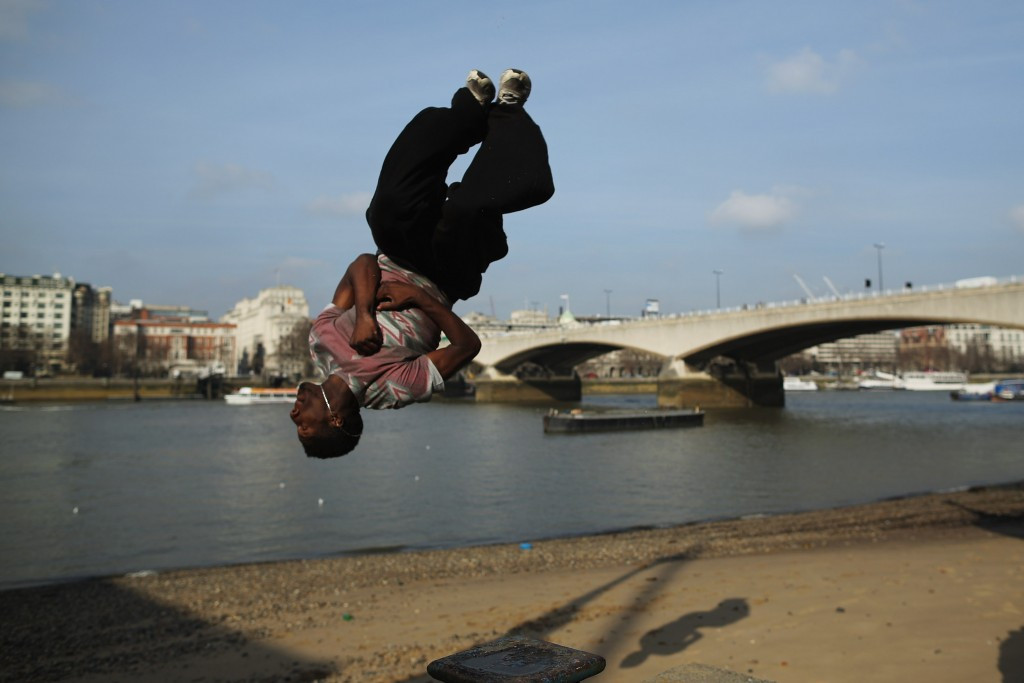 Parkour has emerged as another contender for inclusion on the Summer Olympic programme after being discussed by the group responsible for proposing new disciplines and events today.

insidethegames understands that parkour has been proposed by the International Gymnastics Federation (FIG) for full inclusion at Tokyo 2020.

It was among those assessed and discussed by the International Olympic Committee's (IOC) Olympic Programme Commission here today.

At this stage, it is considered very unlikely that parkour will appear as a medal event in the Japanese capital due to it being such a new event in a competitive sense.

There was support in principal towards the idea of the discipline featuring in the longer term, though, because it is seen as an innovative concept which should appeal to target youth groups.

It is also still possible parkour could feature as some sort of demonstration event at Tokyo 2020 or could be proposed for inclusion at the Summer Youth Olympic Games.

If it does, however, it would likely be under the name obstacle course sprint rather than parkour.

The Commission, chaired by Italy's Franco Carraro and attended by IOC sports director Kit McConnell, assessed applications for changes to the programme submitted by at least 16 International Federations.

Parkour, also known as freerunning or obstacle course racing, is a physical discipline in which participants "move freely over and through any terrain using only the abilities of the body".

It was showcased as an exhibition event during last year's Winter Youth Olympic Games in Lillehammer.

Since then, FIG have launched plans to incorporate a competitive version within the governing body.

They refused to confirm whether they were proposing parkour for Tokyo 2020 inclusion when contacted by insidethegames last month, but today's presentation effectively confirms that they did.

Parkour's future was also one of the main items on the agenda at FIG's Executive Committee meeting, which has been taking place in Baku this week.

They have been heavily criticised by groups within the parkour community for supposedly attempting to hijack the sport.

They were accused of "encroachment and misappropriation" in an open letter sent to them last month by Parkour UK, who also called for a Memorandum of Understanding to "formally acknowledge the recognised sovereignty of parkour/freerunning".

They are now thought to be considering legal action against the world governing body.

A parkour/obstacle speed competition organised by FIG is due to take place in Montpellier in France on May 28 as part of the Festival International des Sports Extrêmes World Series.

insidethegames understands that a representative of the IOC Olympic Programme Commission will attend this event.

Full recommendations for new events and disciplines for Tokyo 2020 are expected to be drawn-up over the next few weeks before being submitted to the IOC Executive Board.

They will then make a final decision announced at a meeting here on July 9 and 10.

Commission members were ordered by the IOC not to speak about their discussions today.

It is widely though, however, that 3x3 basketball remains a favoured new discipline to be added at Tokyo 2020.

It could take place at the same urban cluster in the Japanese capital at which sport climbing and skateboarding are already set to feature.

Mixed gender or additional female events proposed by many sports are also expected to be approved as the IOC seek to reach its goal of gender equal participation at the Games.

This includes mixed relays in triathlon, swimming and modern pentathlon and mixed team events in archery and judo.

Additional weight categories for women have been proposed in weightlifting and boxing - with no additional athlete quotas expected - while canoeing, rowing and shooting have all removed men's events to make way for extra women's or mixed ones.

Other proposals include BMX freestyle, high diving and a mixed duet in synchronised swimming.

The IOC are likely to discuss proposals with the relevant International Federation in order to fine tune certain elements.