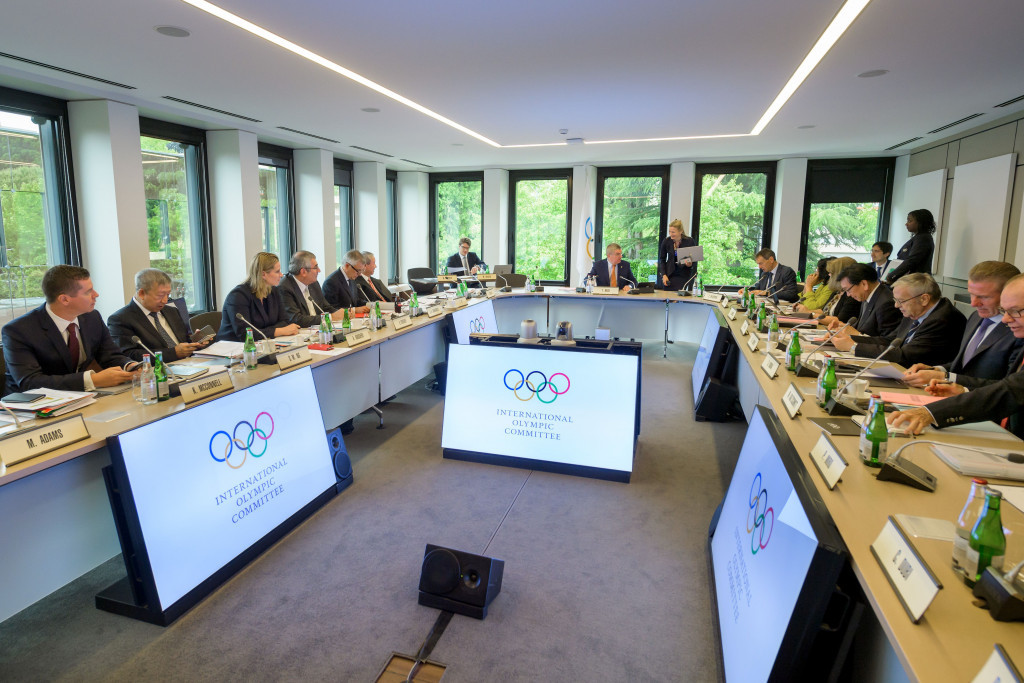 Athletics and swimming mixed relay competitions are among those included at Tokyo 2020, the International Olympic Committee (IOC) announced here today.

A mixed 4x400 metres relay will be held in athletics.

A mixed 4x100m medley mixed relay has been added to the swimming programme.

Male and female BMX freestyle park and 3x3 basketball have also been confirmed as two new disciplines on the programme, as reported exclusively by insidethegames yesterday.

A mixed relay will be held in triathlon along with table tennis doubles and mixed team archery and judo.

Swimming also gained additional men's 800m and women's 1500m freestyle races, ensuring that male and females will be able to take part in the same number of events in the pool at Tokyo 2020.

These decisions are final because, under the Olympic Charter, no approval is needed from the IOC Session.

"The fascinating new events that we approved today, together with the five new sports that were added to the Tokyo 2020 programmme last year, represent a step-change in the Olympic programme," said IOC President Thomas Bach.

"I am delighted that the Olympic Games in Tokyo will be more youthful, more urban and will include more women.

Tokyo 2020 President Yoshirō Mori welcomed the changes to the programme.

"With the new events confirmed today, and with the five new sports and 18 new events that were added last year, I believe that the Olympic Games have become much closer to President Bach's vision, which is for a Games more appealing to young people," he said.

"During the process, I showed Tokyo 2020's determination to minimise costs. I'd like to express my appreciation to President Bach and vice-president Coates for putting together such an amazing event programme."

High diving, mixed synchronised swimming and mixed team events in modern pentathlon and taekwondo are among those whose applications to be included at Tokyo 2020 were unsuccessful.

Parkour in gymnastics has also been rejected.

Table tennis missed out with men's and women's doubles and swimming were unsuccessful in proposing new 50m breaststroke, butterfly and backstroke events.

Weightlifting have lost one men's event from the programme and not gained the additional proposed women's event.

The most drastic was in athletics, who have had their quota cut by 105 competitors.

There will be 22 less in swimming and 18 fewer in water polo.

Water polo team sizes will be cut from 13 to 11, although 10, rather than eight women's teams, will participate.

Cycling will have no extra athletes, despite the four new events, meaning quotas must be cut from other areas.

This will include a transfer of 14 men from the cycling road race to the BMX freestyle.

Other world governing bodies have removed existing events from the programme to make way for new female ones.

Sailing have also transferred a mixed multihull to a mixed foiling multihull.

This figure does not include 18 new events and 474 new athletes proposed in the five new sports of baseball and softball, karate, sport climbing, skateboarding and surfing approved last year to appear just at Tokyo 2020.