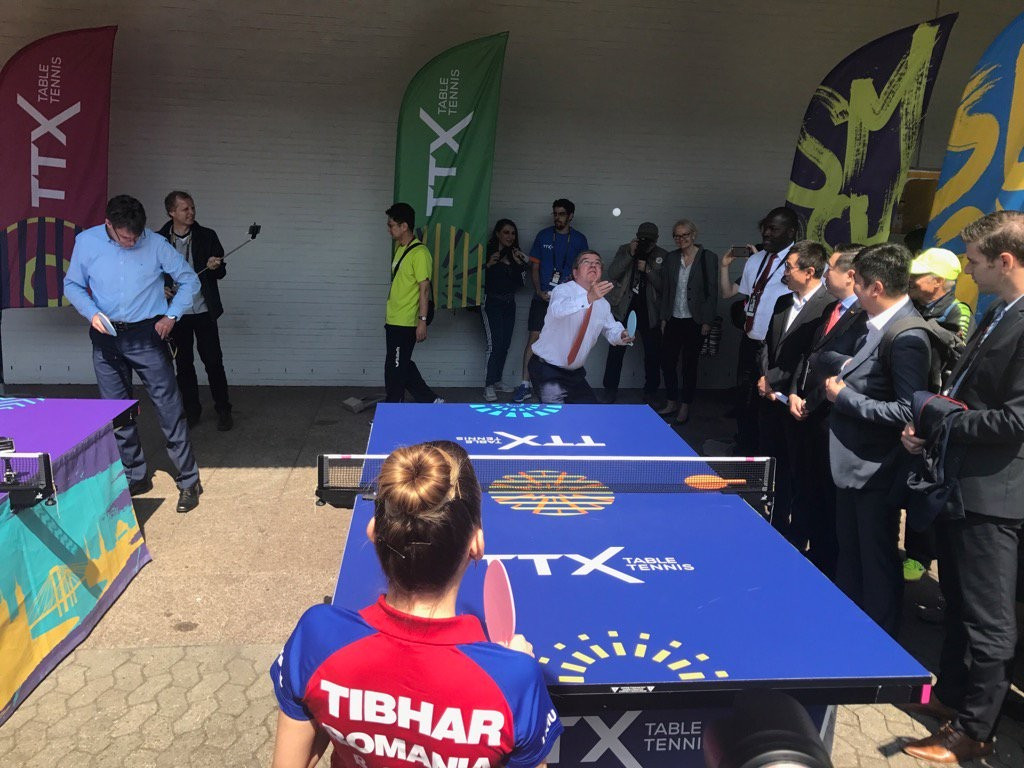 New disciplines and events proposed for inclusion on the Olympic programme at Tokyo 2020 will be assessed at next week's International Olympic Committee (IOC) Executive Board meeting, it has been revealed here.

Those chosen could be formally announced soon afterwards.

This was made clear by IOC President Thomas Bach today when asked about the potential addition of mixed doubles table tennis.

"Mixed events can do a lot for the development of sport and, in particular, women’s sport," Bach, speaking during a visit to the International Table Tennis Federation (ITTF) World Championships, said.

"With regard to the programme of Tokyo, you have to wait eight days, until the IOC Executive Board makes its decision."

The IOC have confirmed that this is on the agenda to be discussed at the Executive Board meeting in Lausanne on Friday (June 9).

Discussions on the topic had previously been scheduled for the IOC Executive Board meeting in the Swiss city on July 11 and 12.

Bach was speaking after trying his hand table tennis here today with players and officials, including ITTF President Thomas Weikert.

As well as mixed doubles, the ITTF has proposed additional men's and women's doubles events, bringing the total number of medal competitions to nine.

New disciplines proposed in other sports include 3x3 basketball, BMX freestyle, high diving and, most controversially, parkour as a part of the gymnastics programme.

Their new "obstacle course sprint" event has been widely criticised by parkour bodies for a supposed hijacking of the sport.

Many other International Federations have proposed additional mixed team and relay events to enhance gender equality.

Other world governing bodies are removing existing events from the programme to make way for new female ones.

The latter proposal is proving especially contentious and the International Shooting Sport Federation have called an Extraordinary General Assembly for further discussions on June 25 in Munich.

Cycling are also hoping for the addition of male and female madison events.

Submissions were assessed by the IOC's Olympic Programme Commission at the beginning of last month.

Their recommendations will be put to the IOC Executive Board next week.

The meeting on June 9 in Lausanne was called primarily in order to discuss proposed changes to bidding process, including the likely joint awarding of the 2024 and 2028 Summer Olympic and Paralympic Games this year.