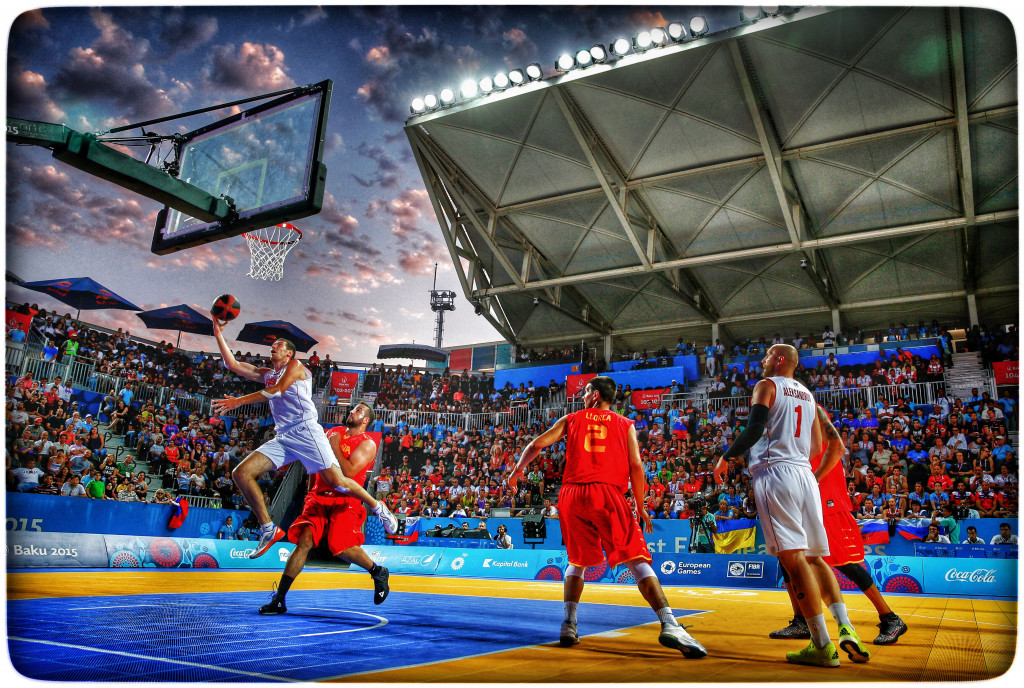 High diving, mixed synchronised swimming, basketball 3x3 and BMX freestyle are among at least 25 extra events and disciplines in 15 sports proposed for inclusion at the 2020 Olympic Games in Tokyo.

This total does not count those which have been added as a direct replacement for others in the same sport.

It does, however, count five mixed team events which would include no or very few additional athletes.

It also does not include the five additional sports added last year to the programme just for Tokyo 2020: baseball and softball, karate, skateboarding, sport climbing and surfing.

Of those who responded during the SportAccord Convention, which finished here yesterday, when questioned by insidethegames, archery, aquatics, basketball, boxing, judo, modern pentathlon, table tennis, taekwondo, triathlon and weightlifting have all proposed new events or disciplines.

Canoeing, rowing and shooting have also proposed new events to replace old ones in order to ensure full or greater gender equality on their respective programmes.

Cycling have not officially confirmed their plans, but insidethegames understands that in addition to male and female BMX freestyle park events, men's and women's madison competitions have been proposed to be added to the track programme.

If approved, this would mark the debut of the women's madison and the return of the men's event after it was dropped following Beijing 2008.

Athletics have been given until after their Council meeting in London next Wednesday and Thursday (April 12 and 13) to finalise their application.

More than 60 leading racewalkers have sent a petition to the International Association of Athletics Federations protesting against proposals to drop the 50 kilometres event.

The International Swimming Federation (FINA) have proposed the most radical changes.

This includes the addition of high diving as an "extreme sport" in which men will dive from a 27 metres platform and women from 20m.

A mixed duet synchronised event consisting of 12 teams is another innovative proposal.

If confirmed, this would mark the first time male synchronised swimmers have ever competed at the Olympics.

The submitted swimming programme would be the same as for the FINA World Aquatics Championships.

As well as the 32 existing Olympic events, this would include 50m breaststroke, backstroke and butterfly events for men and women.

Women will also race over 1,500m while men would compete over 800m.

A 4x100m freestyle and a 4x100m medley mixed relay has also been submitted.

Twelve, rather than eight teams, would compete in male and female water polo competitions, although a cutting of team sizes from 13 to 11 would mean only four additional athletes would be needed.

It is also hoped that an extra 24 divers and 20 open water swimmers will feature.

Of the new disciplines proposed, basketball 3x3 appears the most likely to be successful.

Two 16-team competitions consisting of 48 male and 48 female athletes have been submitted.

Archery have proposed a two-person mixed team event consisting purely of athletes already on the programme.

Mixed relay events have also been proposed in modern pentathlon and triathlon.

Canoeing have proposed the women's C1 slalom event to replace the men's C2.

In order to give sprinters in the latter events an alternative, the men's K4 500 will replace the K4 1,000m.

A mixed team competition has been proposed in judo.

Men are expected to compete at under-73, under-90 and over-90 kilograms.

The format would likely consist of five athletes - something which would require at least one additional participant per team due to the current maximum of two men and two women participating across individual events.

Full details have not yet been finalised, however.

Two new female weight categories have been proposed in boxing.

Exact divisions have not yet been announced, but there is no proposal to drop any male event.

It is thought that the numbers of boxers competing in each individual division will instead be cut in order to avoid a cumulative rise.

These will be in 10m air rifle, 10m air pistol and trap events.

The men's 50m rifle prone, 50m pistol and double trap would all be dropped from the programme.

This would be in addition to the four existing singles and team events.

New events for under and over 90kg would replace the existing over 75kg category.

Additional quotas would not be required for additional athletes, however, meaning numbers in other divisions would be trimmed.

Badminton, equestrian, handball, hockey, sailing, tennis, volleyball and wrestling have all confirmed that they are not proposing any new events.

Some of these, such as wrestling, are currently considering changes to "improve the format" of the existing events.

Gymnastics refused to reveal if they have applied.

"Regarding Tokyo 2020 or possible new events or disciplines, the International Gymnastics Federation has nothing to add to what we have published so far," a spokesperson said.

Fencing are expected to continue their usual rotation system in which only four of the six team events will be present.

If they continue their normal system, the two missing out at Tokyo 2020 will be the men's foil and women's épée.

This is expected to be announced "during the summer".

The International Golf Federation have "nothing to report at this stage" but have given no indication of interest.

Football governing body FIFA has not yet sent a response.

Under their Agenda 2020 reform process, the IOC aim to avoid having more than 310 events on the Olympic programme.

The five new sports added for Tokyo 2020 do not count in this total.

New events and disciplines within existing sports are now due to be considered by the IOC Olympic Programme Commission before final decisions are made during an Executive Board meeting scheduled for July in Lausanne.