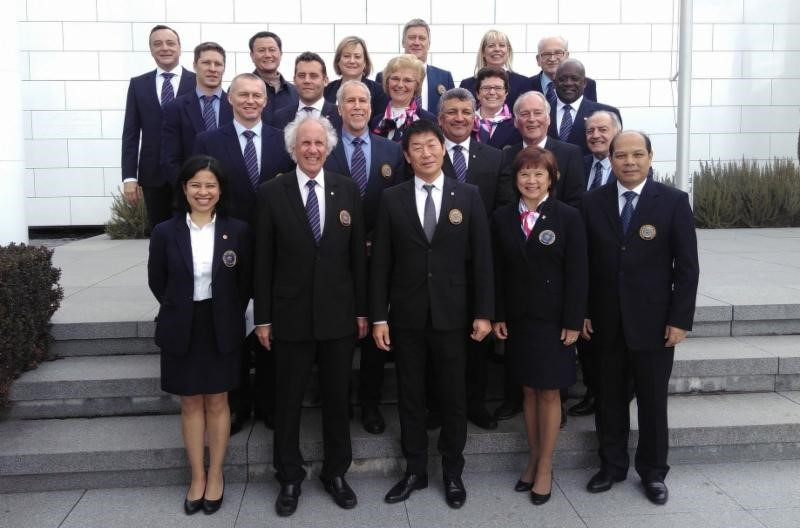 The International Gymnastics Federation (FIG) agreed to look into the development of a new discipline of the sport during Morinari Watanabe's first Executive Committee meeting as President of the governing body.

During the meeting, held at the organisation's headquarters in Lausanne this week, André Gueisbuhler was re-elected FIG secretary general until December 31 next year following a proposal from Watanabe.

Other key decisions made included the appointment of American Steve Butcher as the FIG's technical coordinator.

Butcher, who will take up his new position on March 1, has resigned as President of the Men's Artistic Gymnastics Technical Committee "to avoid any conflict of interest".

The American will be tasked with overseeing the FIG's Technical Committees, with Arturs Mickevics of Latvia taking over the role he has chosen to vacate.

"I am delighted with this first meeting, which has been very constructive," Watanabe, elected to replace Italy's Bruno Grandi as FIG President in October, said.

"We made important decisions concerning the future of gymnastics, which correspond with my plans to innovate and broaden the base of the sport."

The Executive Committee were given a presentation on the development of obstacle course competitions, or parcours d'obstacles, and also parkour, which was exhibited at last year's Winter Youth Olympic Games in Lillehammer.

Following the presentation, the Committee mandated the Presidential Commission, comprised of the President, secretary general and the three vice-presidents, to continue work on a new discipline.

insidethegames understands the FIG are mainly looking at a time-based competition format rather than athletes being judged on points.

Parkour is already part of the work of current members of the FIG, including Sweden, The Netherlands and Belgium.

"The FIG is excited to develop a new discipline based on both historical and contemporary sporting practices, in order to broaden even further the appeal of our sport," Watanabe added.

"The FIG’s work will be based on a clear understanding that parcours d’obstacles, or obstacle course competitions, are necessarily artificial.

"Meanwhile the FIG deeply respects the development of parkour as a non-competitive training methodology, based on obstacles that were not created as such, and with a particular philosophy emphasising efficiency, usefulness and personal development."

The Executive Committee also decided to submit a change in status for Burkina Faso from associate to affiliate member while agreeing to hold at least one meeting a year in a developing country.

Following the three-day meeting in the Olympic capital, the FIG held a "transfer of power" ceremony at the Olympic Museum, where Grandi, who led the FIG for 10 years from 1996 to 2016, was officially made an honorary President.

“The opposite of success is not failure.

"It is doing nothing.

"The only way to win success is through action."

"For many decades, the IOC and the FIG have shared a fruitful partnership," Bach said.

"By embracing change, you are continuing to develop your sport and promote its values all over the world.

“I’m deeply convinced that your future is in excellent hands.

"President Watanabe, you can build on a strong foundation.

"The strong standing of gymnastics in Olympic sport today is thanks to the important work of all of you, but also of your President Bruno Grandi, who played a profound role in steering the sport in the right direction for so many years.”