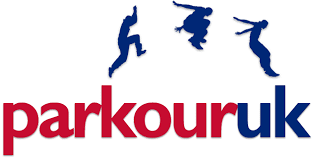 Parkour UK have accused the International Gymnastics Federation (FIG) of "encroachment and misappropriation" after the worldwide governing body announced they were exploring incorporating elements of the sport in a new discipline.

In an open letter to FIG, Parkour UK called for the signing of a Memorandum of Understanding (MoU), which would "formally acknowledge the recognised sovereignty of parkour/freerunning".

The London-based organisation also threatened to take the issue to the Court of Arbitration for Sport (CAS) if an MoU was not established within 60 days of a formal meeting between Parkour UK and FIG.

"In short, parkour/freerunning is not gymnastics, nor are traceurs/freerunners gymnasts," the letter states.

"We are our own sovereign sport with independently recognised distinct uniqueness and cultural status.

Parkour UK had "politely requested" a formal reply to the document by April 14.

Eugene Minogue, chief executive of Parkour UK, told insidethegames the response given by FIG was not satisfactory and they would be looking to pursue the matter further.

The dispute between the two governing bodies centres on the potential of elements of parkour in a new gymnastics discipline currently being explored by FIG.

In February, FIG announced their Executive Committee were given a presentation on the development of obstacle course competitions, or parcours d'obstacles, and also parkour, which was exhibited at last year's Winter Youth Olympic Games in Lillehammer.

Following the presentation, the Committee mandated the Presidential Commission, comprised of the President Morinari Watanabe, secretary general André Guiesbuhler and the three vice-presidents, to continue work on a new discipline.

insidethegames understands FIG are mainly looking at a time-based competition format rather than athletes being judged on points.

Parkour UK claim that the presentation to the Executive Committee was given by someone who did not have the authority to do so.

"It is clear that whoever the individual(s) and/or organisation(s) they do not have the expertise, legitimacy and/or authority to represent our sport/activity and/or our community either nationally or internationally," the letter states.

Parkour UK have also criticised Watanabe's comments in a press release in February outlining the development of a FIG-related discipline,.

The Japanese said FIG "made important decisions concerning the future of gymnastics, which correspond with my plans to innovate and broaden the base of the sport".

"Additionally, it is also unclear as to what is the motivation behind FIG intentions relating to the ‘development of a related FIG discipline’ based on parkour/freerunning," the letter adds.

"The intention, relating to the ‘development of a related FIG discipline’ based on parkour/freerunning is not innovation, but is clear encroachment and misappropriation."

In January, Britain became the first country to officially recognise parkour as a sport.

The FIG refused to comment when contacted by insidethegames.

The full Parkour UK letter can be read here.